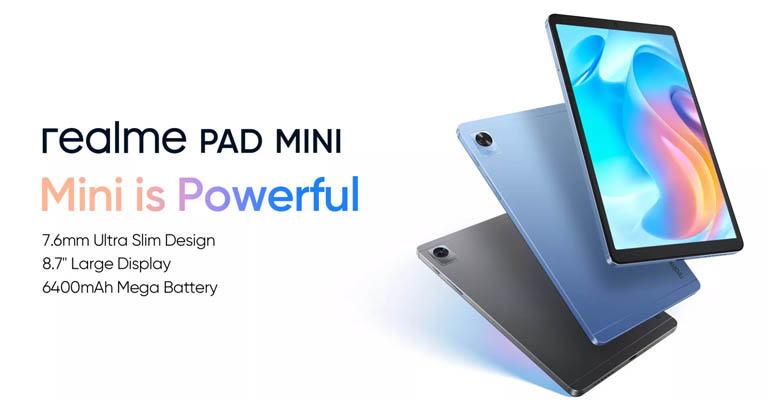 Realme forayed into the Android tablet market with the Realme Pad. The company announced its mini version a couple of weeks ago, which has now launched in the Indian market. In this article, we will be discussing the official specs, features, expected price, and availability of the new Realme Pad Mini in Nepal.

With the Pad Mini, Realme has brought some changes to the design of the tablet. This new tablet has a rectangular camera island at the back. It’s not just the camera sticking out of the rear panel like the original Realme Pad.

It features an 8MP rear camera, the same as the original Realme Pad. Upfront, there is a 5MP selfie shooter. Likewise, the tablet has a matte finish and is available in two colors. Realme doesn’t offer a Wi-Fi-only variant for the Pad Mini for now, but we believe there will be one in the future. We assume Wi-Fi and network antennas to be on the top and bottom. Realme has also moved all the buttons on the side.

Realme Pad Mini packs an 8.7″ LCD screen with 1340 x 800 pixels. Powering the device is a Unisoc T616 SoC. On the memory front, the tablet is available in 3GB and 4GB RAM variants with 32GB and 64GB internal storage, respectively. It boots on Android 11 with Realme UI for Pad on top. 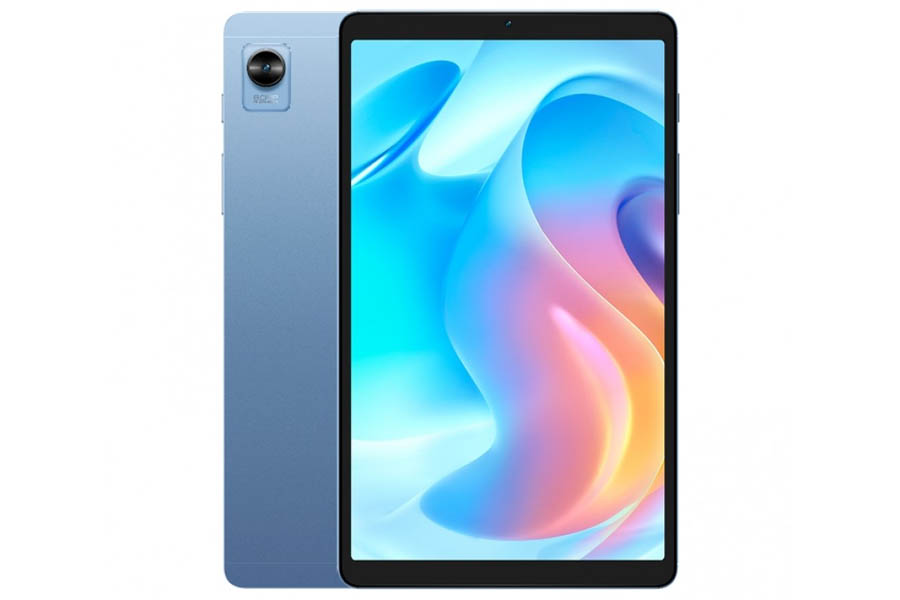 Moving on, the tablet packs a 6,400mAh battery, which is smaller than the 7,100mAh cell on the Realme Pad. On the bright side, it has the same 18W fast charging support.

Realme Pad Mini will be available in India from May 2 at a price of INR 10,999 for the 3/32GB WiFi variant. There’s even up to INR 2,000 off on all variants during the first sale. We expect the price of the Realme Pad mini in Nepal to start at NPR 18,500 if and when it launches here.