While we wait for the company to drop its latest number series in Nepal, Realme took the stage in China to announce its latest midrange smartphones. The new V23i is the latest addition to the company’s V-lineup. In this article, we will discuss the key specs, features, expected price, and availability of Realme V23i in Nepal.

The was no buzz surrounding the launch of the V23i. Realme didn’t tease anything prior, nor it held any official launch event. The phone was just added to the company’s official site with little-to-no information other than its price. And we kind of know why.

For starters, Realme V23i first appeared on the internet earlier in May. It was spotted in one of China’s telecom databases with the RMX3576 model number. The database revealed all the information about the smartphone as well as its marketing name. Back then, it was believed that Realme would announce the phone the same month, but we believe it was held until the silent treatment now. Now that Realme has finally launched the phone, let’s discuss its features and specifications. Realme V23i is being pitched as an entry-level 5G smartphone. It packs the Dimensity 700 chip, first announced in 2020. Built on a 7nm process, it features 2x Cortex-A76 (2.2GHz) performance and 6x Cortex-A55 (2GHz) efficiency cores.

The chip is paired with 4GB of RAM and 128GB of SSD. It is the sole memory variant that Realme V23i is available with, which is uncommon for a mid-range phone in 2022, especially in China. So, you will have to rely on the MicroSD card slot if you need storage bigger than 128GB.

Another highlight of the Realme V23i is its display. It sports a 6.56-inch screen that refreshes at 90Hz. On the downside, it is not the sharpest display out there, with an HD+ resolution of just 1612 x 720 pixels. It has a center-aligned punch-hole cutout, home to an 8MP selfie camera.

At the back, you get two more image sensors on the rectangular camera module. First is a 13MP primary sensor with a second 2MP depth camera to go with it. 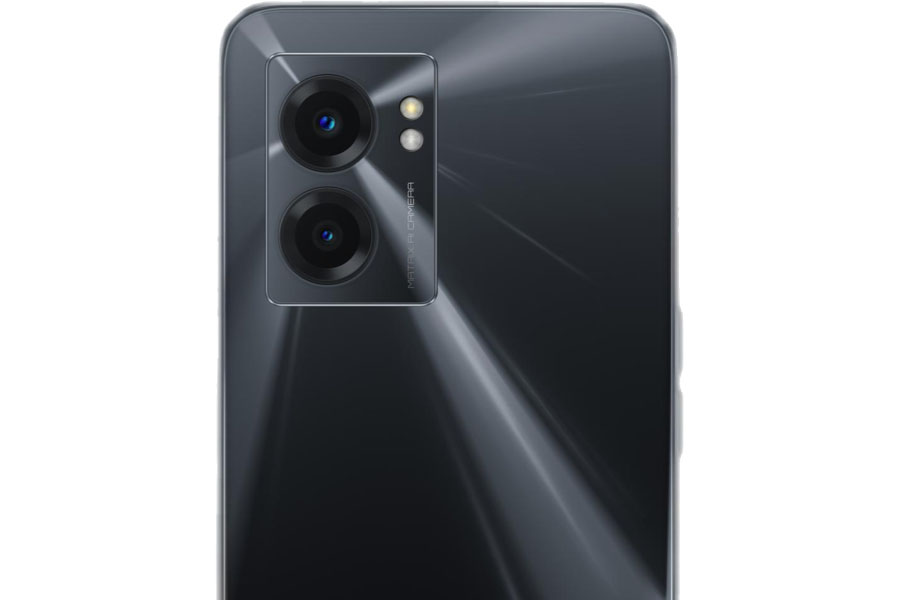 Fueling the Realme V23i is a 5,000mAh battery that supports input charge of up to 10W. It comes with a side-mounted fingerprint scanner for biometrics. Software-wise, users get the last-gen Realme UI 3 based on Android 12. It measures 8mm in thickness and weighs around 185 grams. Likewise, Realme offers the phone in two colors: Mountain Blue and Jade Black.