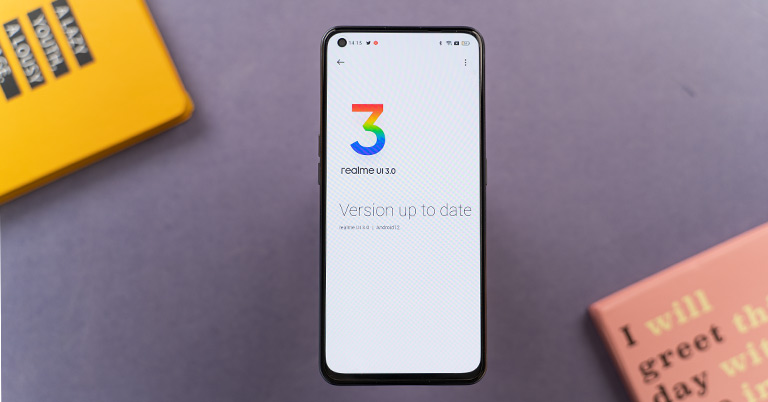 As Google has officially pulled the curtains off of Android 12, smartphone manufacturers have begun outlining their update rollout plans. In a similar vein, Realme has announced Realme UI 3.0 based on Android 12, which I got to play around with on my Realme GT 5G. So, let me take you through a walk describing what’s new and what has changed in Realme UI 3.

Before moving forward, allow me to talk a mile a minute about Realme. It originally started as a sub-brand of Oppo before parting and embarking on a new journey as an independent venture. And, as of now, the firm serves not just the smartphone industry but also the IoT and even launched its sub-brand called Dizo.

But what hasn’t really changed is that Realme hasn’t quite managed to pull off its entire new Android-based user interface. At its origin, the brand relied on ColorOS, which later evolved into Realme UI in response to high consumer demand. However, it’s primarily a skin-over ColorOS with minor UI/UX tweaks. So, don’t be surprised if you see similarities between ColorsOS 12 and Realme UI 3.

I’ve been a Realme user for quite a long time now, and from my experience with the new skin, I can say that Realme UI 3 has gone through minor changes in terms of its look.

Notifications and Settings
1 of 6

The icons, on the other hand, have seen minor alterations as well. Realme claims to have eliminated extraneous strokes and shadows and to have adhered to a precise color palette  to achieve a harmonic interaction between all of the elements.

Google’s “Material You” in Android 12 is a feature that is adored by many users and it has arrived in Realme UI in the form of the “Smart Theming Engine”. Now, when you apply new wallpaper to your home screen, you’ll be given the choice to tweak the system theme to match the colors in the wallpaper. Additionally, there is a color wheel with which you can change icon backgrounds for the whole of UI.

On the Always-on Display (AOD), Realme UI 3 allows you to choose your portrait silhouette. This feature was initially seen on the OnePlus Oxygen OS, and it works in the same way. It creates a sketch of the image that can be used on the AOD screen later. The AOD also supports Omojis, which are bespoke 3D emojis that react in real-time to changes in face emotions.

Moving on, the “Smooth Animation Engine” in Realme UI 3 claims to give a smooth experience when scrolling around the UI. Personally, in my time with the UI, it felt a bit more smoother than the Realme UI 2, and it was the case in third-party apps as well.

In addition to fluidity, the new UI also aids in multitasking with Floating Window 2.0. Here, besides accessing the app from the Smart Sidebar, you can now scroll up the app to open a floating window. Also, by dragging a window to the right or left edge, you can easily conceal it.

Android 12 introduces a slew of new privacy capabilities, which the Realme UI also takes advantage of. The feature that I found very handy (and I’m sure you will as well) is that you can now check which applications are permitted to access your camera or microphone.

For instance, if you open the camera, a green dot will appear in the top-right corner, indicating that the app is granted a sensor permission. You can see which sensors the app is utilizing in the background by pulling out the notification drawer.

Furthermore, you can use the Privacy Dashboard option in Settings to track the permissions granted to each app. It also displays the time the apps were given permission. The Dashboard can also be used to manage all permissions.

Likewise, with Android 12, you can now share your approximate location with apps. Here, each time an app asks your permission, you can choose either to share a precise or a nearby location.

Similar to MIUI 12, the Realme UI 3 allows you to share photographs without revealing your personal information. You may opt to delete your location, as well as phone model, aperture, shutter speed, and other parameters.

Moreover, as you may recall, Realme just released its first laptop, the Realme Book Slim. There, the company bragged about its “PC Connect” feature, which essentially creates a seamless connection between a laptop and a smartphone—but it was only available in the GT Master Edition.

However, you can now use it on other Realme devices as well, thanks to the new Realme UI. It includes features like the ability to run an app on your laptop, quick file transfer, seamless copy and paste, and smart notifications that you can read and respond to straight from the Realme Book 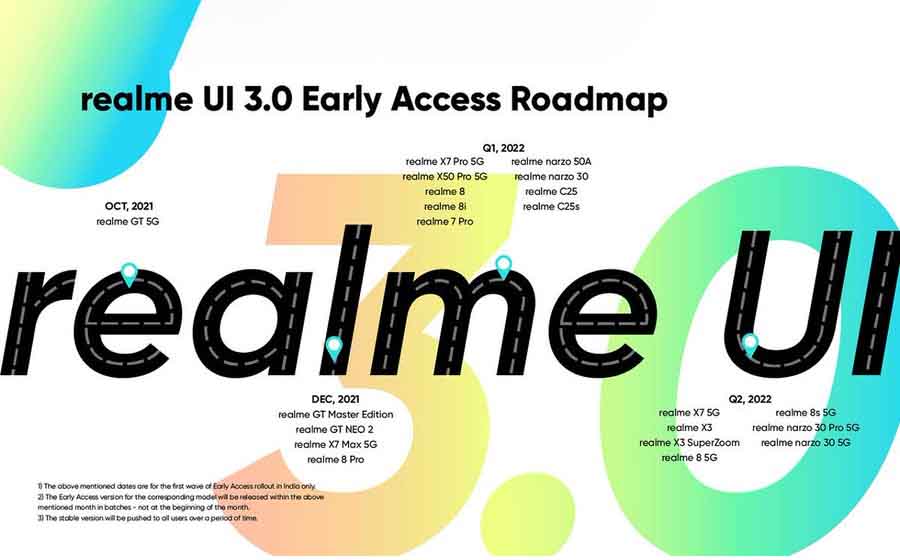 The Realme GT 5G is the first phone to receive early access to Realme UI 3.0, which is based on Android 12. But don’t fret, the new UI will be, obviously, available on more devices shortly. The company has unveiled an early access plan that runs up to Q2 2022, with devices ranging from the high-end GT Neo2 5G to the budget Narzo 30.

To summarize, Realme UI 3.0 does not significantly alter the user interface. Still, the fact that all of Android 12’s privacy features are present here is something to be appreciative of. Personally, I like the simplicity of this UI, and Realme has maintained this consistency by not making any flashy and hefty modifications this time as well. As a result, upgrading to the new skin won’t make you feel out of place.