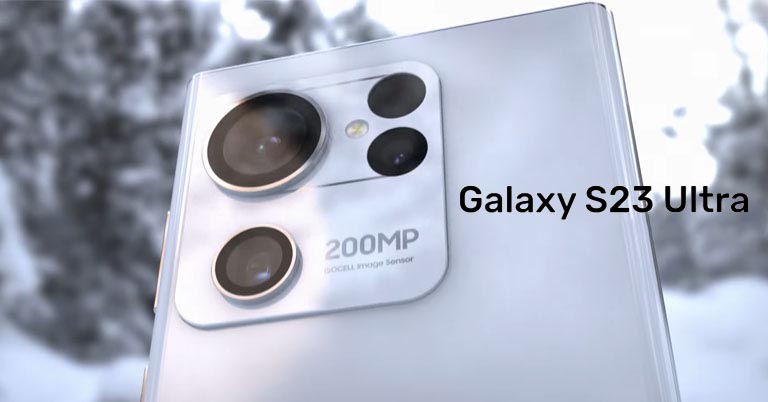 It is not a secret that Samsung has already started working on its next flagship — Galaxy S23 Series. We are still months away from the official launch, but rumors have started pouring in. The rumor has it that the upcoming Samsung Galaxy S23 Ultra will feature a 200MP camera. Today, we will be discussing everything we know about the Galaxy S23 Ultra.

After sticking to 108MP cameras for a few years, Samsung is looking to take a leap to 200MP with the S23 Ultra. For those unaware, Samsung already has a 200MP smartphone camera sensor — ISOCELL HP1. It was launched in September of 2021 and was rumored to feature in the S22 Ultra.

However, Samsung decided to refine its 108MP tech instead. Maybe the 200MP ISOCELL HP1 sensor was not ready for mass production back then. Just last month, Samsung released a video showcasing the true capability of the 200MP ISOCELL HP1 camera sensor. It printed out a picture of a cat on a 616 sq. meter canvas. For reference, a basketball court usually measures around 420 sq. meters. 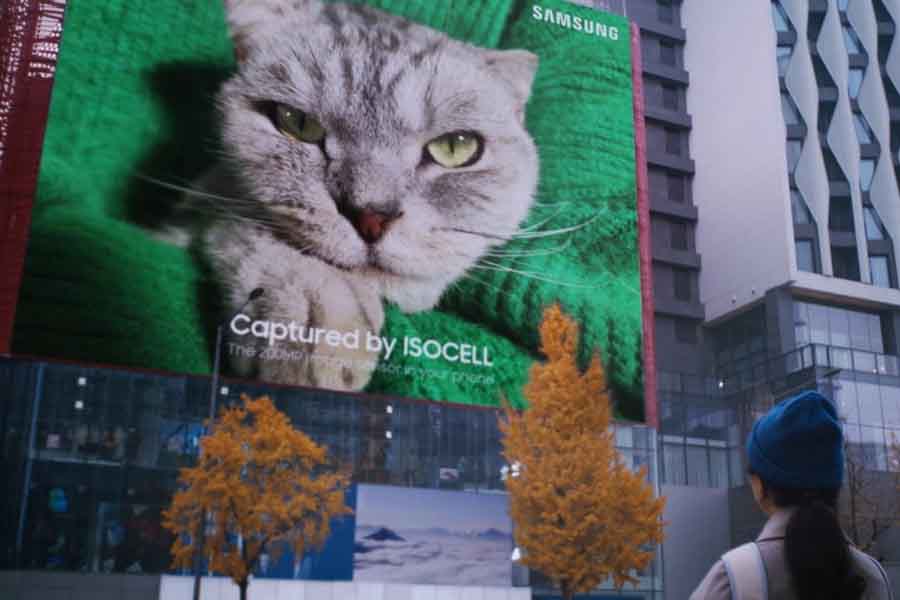 Since the sensor is yet to debut on a smartphone, the photo was taken using a test board. Motorola will be the first brand to use the sensor in its smartphone codenamed Frontier. It is scheduled to go official next month in China.

Having a higher megapixel count on the camera means smartphones will have better digital zoom capability. This should also improve the video recording capabilities of the phone, provided that there is enough processing power.

In addition to having larger images and sharper zoom, 200MP will be the optimal solution for 8K recording in smartphones, claims Samsung.

On the other hand, there are other challenges manufacturers have to face when packing in more pixels into a sensor.

Since the space is limited in a smartphone, pixel size needs to be reduced in order to fit in more pixels, or else it will result in a huge camera bump. Take the Mi 11 Ultra as a reference which packs the biggest sensor in the ISOCELL lineup.

Generally, smaller pixels capture less light, and it results in a higher signal-to-noise ratio (SNR) which is a problem when trying to shoot in a poorly lit environment.

We will get to see the 200MP ISOCELL HP1 sensor in Samsung’s own S23 Ultra, too. The phone was recently imagined with the sensor in a concept video, which also takes into account other leading speculations and rumors. The video reveals the S23 Ultra with a quad-camera setup on top of a square-shaped camera bump. Except for the 200MP camera, not much is known about the S23 Ultra. But we can make some speculations based on its predecessor. Samsung Galaxy S23 Ultra will have a curved 120Hz LTPO AMOLED screen.

It will be powered by Snapdragon 8 Gen 2 or Samsung’s next flagship Exynos chip based on the region. It will boot on Android 13-based One UI 5 out of the bot. Likewise, we can expect Samsung to provide at least 4 years of Android updates.