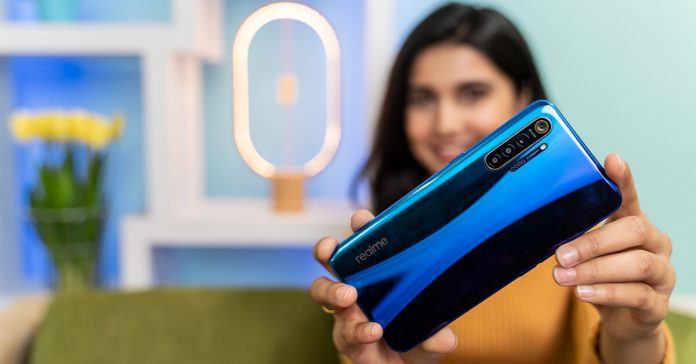 Realme has launched its new mid-range smartphone — the Realm XT in India. It is nearly identical to the Realme X, except for some hardware internals and carrying a cheaper price-tag. But, will the Realme XT launch in Nepal? According to the official statement from Realme Nepal, they will not be bringing the Realme XT in Nepal.

Just while Xiaomi was hyping about the 64 MP cameras on the Redmi Note 8 Pro, Realme too plunged into the megapixel war. The XT comes with a whopping 64MP Samsung ISOCELL Bright GW1 sensor for the primary camera module. The sensor uses pixel binning technology to deliver 16MP shots. Other cameras include an 8MP ultra-wide-angle lens, a 2MP depth sensor, and a 2MP Macro lens.

The specs, however, makes the Realme XT similar to the Realme 5 Pro in many ways! The XT comes with the Snapdragon 712 chipset, 6/8 GB RAM with 64/128 GB storage, 4,000 mAh battery with VOOC 3.0 20-watt Fast charging and a 16 MP selfie camera with a waterdrop notch. Thankfully, the phone also comes with a headphone jack.

But the upgrades the XT has over the Realme 5 pro is in the display aspect with the XT featuring a 6.3-inches Super AMOLED screen and housing an in-display fingerprint sensor. Similarly, the XT comes bearing a glass design, which is the first time the company has provided a glass back! As mentioned earlier, Realme XT will not launch in Nepal. However, you can get Realme XT from un-authorized sellers from hamrobazar. The unofficial price of Realme XT in Nepal for the 4/64GB variant is Rs. 27,000.