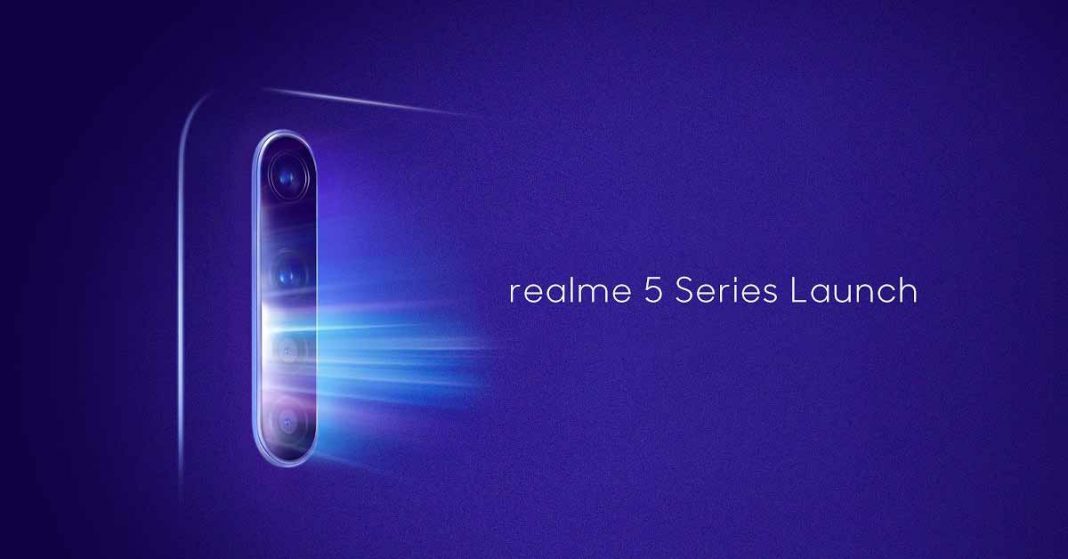 Realme is, undoubtedly, one of the uprising brands currently. Comparatively, it hasn’t been around for very long, but the popularity it enjoys is quite amazing. The Realme 2 Pro was a successful phone, which was followed by the Realme 3 Pro. Also, there’s this another mid-ranger called the Realme X. And we already have rumors about the next generation of Realme flagships. The Chinese brand, skipped the Realme 4, as ‘4’ is not a ‘lucky’ number in the Chinese tradition. So, we now have the Realme 5 and Realme 5 Pro, which are about to launch soon.

However, some key specs are out and about before the actual launch, as usual. First, is the confirmation about both phones packing a Quad-camera setup. But that was already in the air. Then again, there were also rumors about the Realme 5 packing the 64 MP camera sensor. However, it seems it wasn’t to be. Instead, the Realme 5 Pro will pack a 48 MP Sony IMX586 sensor – the ones seen on the likes of OnePlus 7 Pro and Redmi Note 7 Pro. 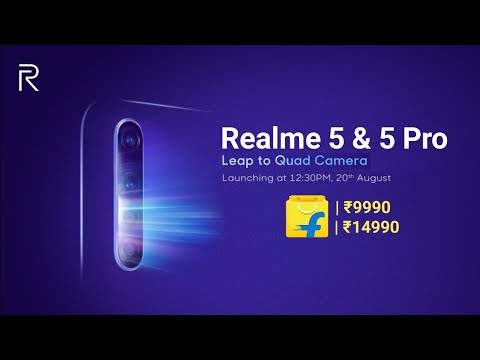 The specs come from the promo images on Flipkart, the online web-store. According to that, both phones come with a huge 5000 mAh battery. But only the Pro variant will have the VOOC 3.0 Fast Charging. And of course, sticking to the latest trends, the phones will have a water-drop notch display.

Also, according to Geekbench listings, the processor in power here seems to the Snapdragon 665, the same chipset on the Xiaomi Mi A3. It is relatively new, but not as popular. In addition, the design of these phones seems to resemble the Realme 3i, the one with the diamond-cut design. And their Indian prices are also confirmed as well.

Besides that, we have no further leaks. But it seems Realme’s rumored 64 MP camera phone will be an entirely new one though. So, we can only speculate until further specs reveal.