Samsung silently launched Galaxy A03s in the Indian market a couple of weeks ago. It’s the successor to last year’s A02s and is targeted at budget users. The phone has finally made its way to Nepal as well. Here, we will be discussing the specs, key features, official price, and availability of Samsung Galaxy A03s in Nepal.

The budget origin of the A03s is quite clear from its design. It boasts a textured polycarbonate body that is reminiscent of last year’s mid-range Galaxy phones. Upfront, you are greeted with a 6.5-inch HD+ panel with Infinity-V notch. The 720 x 1600 pixels resolution results in a 20:9 aspect ratio. 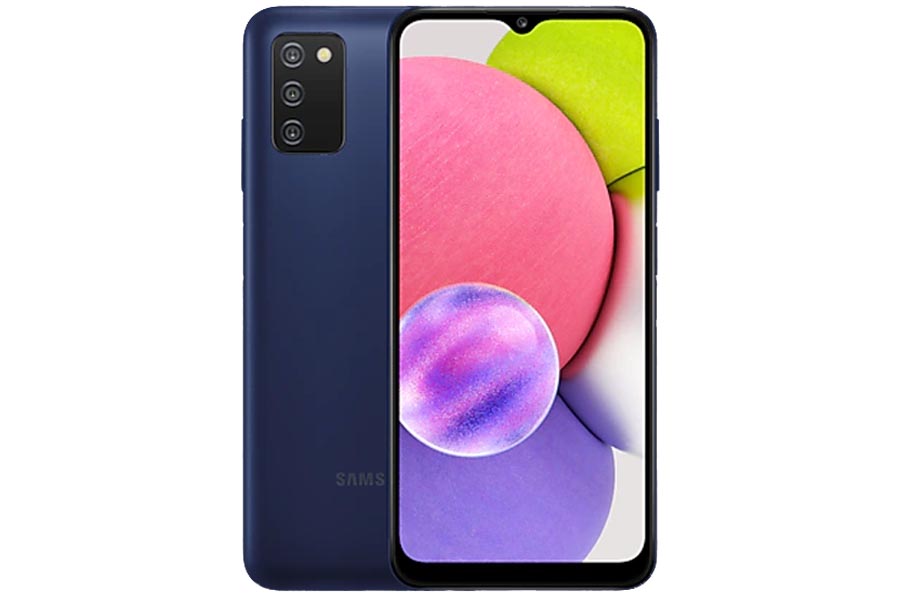 Inside, the phone is powered by a MediaTek Helio P35 chipset. It is built on a 12nm process and features eight Cortex-A53 CPU cores.

Benchmark results have shown it to be slightly better than Snapdragon 450 on the A02s. Talking about real-world performance, it should be similar to that of the Redmi 9C and other Helio G35-powered phones.

As for memory, there are two configurations to choose from: 3/32GB and 4/64GB. Users can expand the internal storage to up to 1TB using an external microSD card.

At the back, Samsung has included a triple camera setup. It consists of a 13MP primary sensor accompanied by two 2MP sensors for portrait and macro shots. On the front, the Infinity-V notch houses a 5MP selfie shooter.

Fueling the new Galaxy A03s is a 5,000mAh battery that supports 15W charging. The phone boots on Android 11-based One UI 3.1 Core and is available in three colors: Black, White, and Blue.