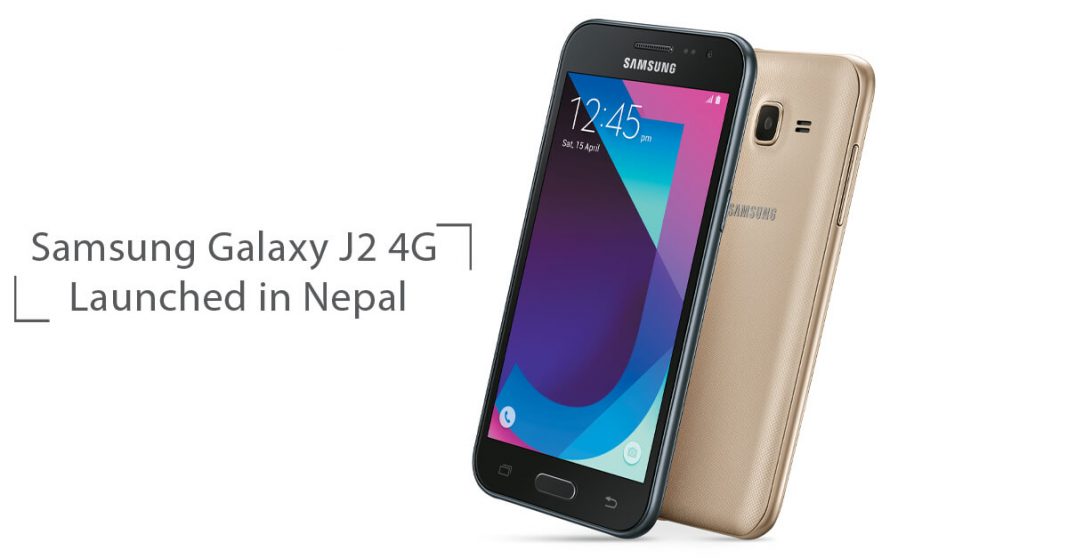 With 4G attached to its name, the smartphone cues for the 4G LTE capability. It has been more than a year 4G LTE services commenced in Nepal. With the start of 4G services, the encroachment of internet has now increased more than ever. And the launch of the Samsung Galaxy J2 4G in Nepal hints for the attention of Samsung to provide 4G smartphone at an affordable price.

Mr. Pranaya Ratna Sthapit, Head – HHP Division “We at Samsung are committed to empowering our customers with the best-in-class and innovative technology across price segments. Samsung Galaxy J2 4G edition, our entry-level smartphone, has been specially made keeping in mind the Nepalese consumer’s sensibilities to make 4G accessible and relevant for all”.

On the optics side, the smartphone packs a 5MP camera at the back. The rear camera comes with an aperture of f/2.2 and possesses an LED flash at its proximity. On the front, there is a 2MP camera to take of things while video calling or taking selfies.

Under the shelf, there is an Exynos 3475 chipset to power the device. This Quad-core chipset comes coupled with 1GB of RAM and 8GB of internal storage. The Samsung Galaxy J2 4G boots on Android Nougat out of the box. And to fuel the device, the smartphone features 2000mAh battery under the hood.

The smartphone is priced at Rs. 11,290. At this price, the Galaxy J2 4G is not the most affordable 4G handset in Nepal. So the device could suffer a strong competition from other smartphone brands. At the similar price, Colors S11 and Nokia 2 could fancy more fans over the J2 4G since the Colors S11 comes with tall 5.2 inch HD display, 3GB of RAM, and dual-selfie camera, whereas the Nokia 2 is a power packed device that comes with 5-inch HD display and whopping 4100mAh battery. And both of them are 4G enabled device.