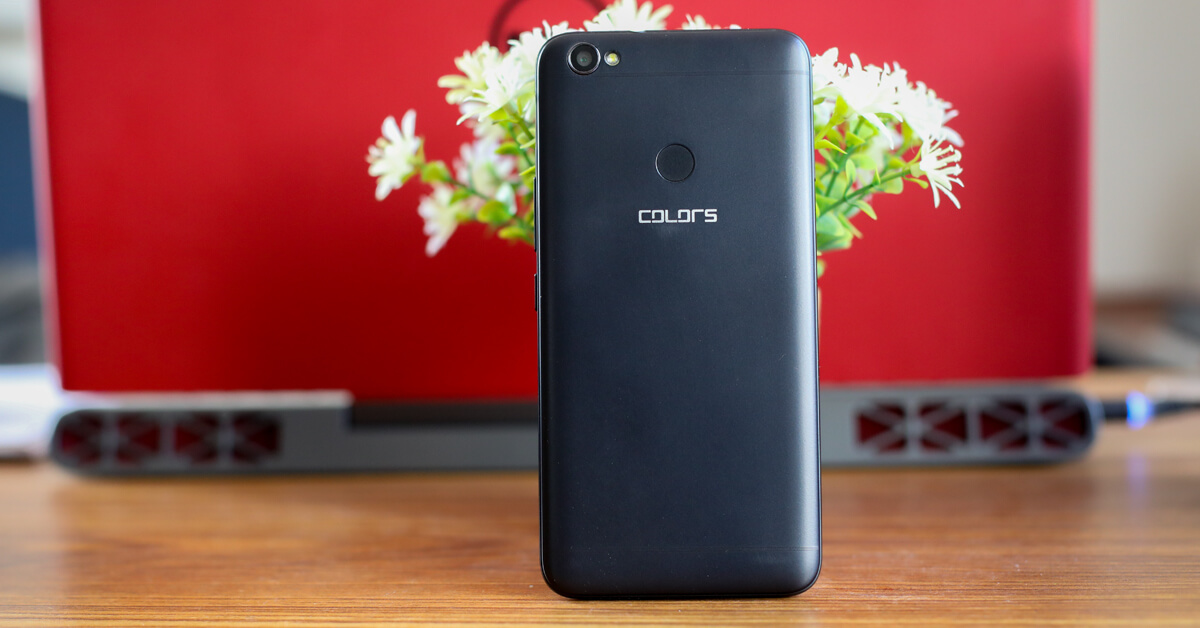 2017 was a great year for dual cameras. However, only a few mid-range and budget-oriented smartphones actually featured dual lenses. 2018 is turning out to be a little bit different as even the low-end smartphones are following the dual cameras bandwagon. And doing so right now is Colors with its new smartphone the S11 which has become Nepal’s first smartphone to be available exclusively online. The device sure has turned over a lot of heads with its specifications, and more importantly, the dual front cameras. But how does the device perform in real life? Is it as good as it looks on paper? Let’s find out. But before starting, let’s get the specs out of the way.

Even under a price tag of Rs. 12,495, Colors has managed to include a dual front camera setup on its new smartphone. The extra lens on the smartphone is used to capture wide-angle images. And this lens is capable of capturing 120-degree field of view. This surely helps whilst taking group selfies. And the quality of the images under well-lit conditions are great as well.

The images that I took had proper contrast, colors, and saturation. If you are into vlogging and are on a tight budget, the Colors S11 will certainly help you with its wide-angle lens. However, the primary front-facing lens, which also measures 8-megapixel takes better pictures than the wide-angle on in darker environment as you can see from these two images. Overall, the dual camera setup on the S11 works wonders and can take selfies that are even better than some of the devices that cost of 20k.

On the rear side sits an 8-megapixel lens which is only average. Take this image as an example. The red colored building is looking somewhat orangey and if you take a closer look at the bottom left corner, the house looks quite blurred out. And the sky, which was bit blue when I took this image, has come out a tad bit white.

And night time pictures come out quite grainy as you can see in the image here. But then again, it all comes down to the pricing. Colors has done quite well with the selfie camera but has cut cost with the rear camera as it is only satisfactory. 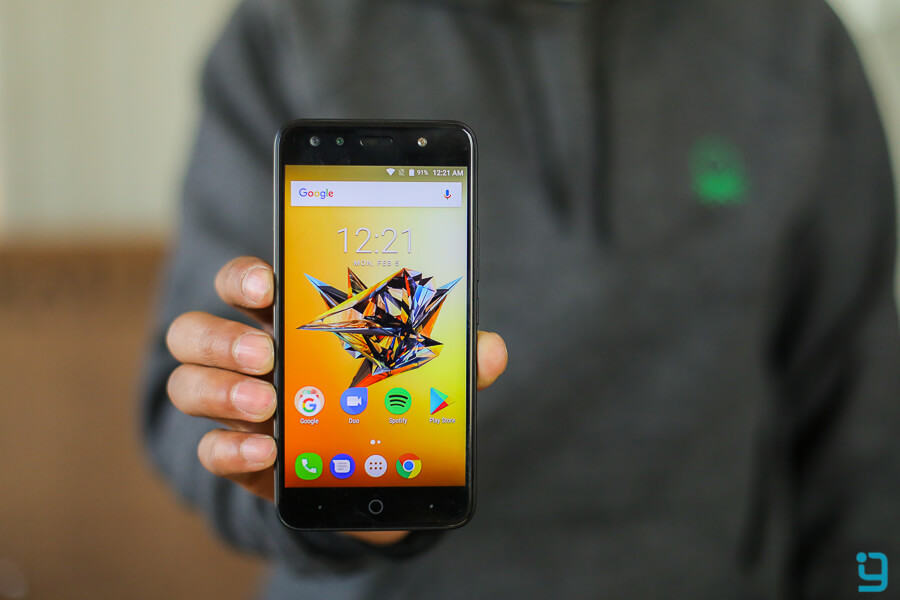 The Colors S11 is a device meant for users who are after compact smartphones. It has a 5.2-inch HD IPS LCD display. Now, the display isn’t the most saturated one out there but the color reproduction is good. I also like the ample brightness this display produces. It is visible under direct sunlight as I had no problem breezing through the software even under the sun. Watching videos on the device is certainly entertaining, but at times, you might feel that it fails to pack the final punch due to the lesser vibrancy. And since it has an IPS LCD panel, the display doesn’t produce deeper blacks. However, I did miss the in-built Night Mode display setting on this device! Smartphone manufacturers play a trick on their customers these days. They cover their smartphone with plastic that has a metal-like finish and boasts about having a metallic finish. The same is the case of the Colors S11. The company has cleverly worked in order to make the device feel like metal. Colors includes aluminum in a lot of smartphone these days. The company has opted for plastic probably to cut cost.

The plastic body has made the smartphone light and easy to handle. The back of the S11 is a tad bit slippery though! The rear side houses a fingerprint scanner and a primary camera. One can even say this device shares a similar design with iPhones. On one side, the device has a power button and volume rockers.

The S11 comes with the entry level MediaTek MT6737 chipset along with 3 GB of RAM. It is commendable that budget smartphone these days are focusing more on performance too. The device can handle navigating through different apps and light internet browsing. However, it takes a bit of time to open up apps every now and then. Plus there were occasional lags when I tried to do too many things at once. But this is expected with a device with such a low-budget price tag. Games that don’t require a lot of the GPU run with ease. Playing high-end games, however, results in frame drops, but still, I was impressed with how the S11 could run a few graphics intensive games with only occasional lags. And even with long sessions of gaming, the device doesn’t heat up. It does get warm but there’s nothing to worry about.

However, the S11’s competitors certainly outperform the device in terms of performance. It did give me a respectable score on Antutu but devices such as the Xiaomi Redmi 4A and Moto E4 easily score higher than the S11.

The near-stock Android has certainly helped boost up the performance. The S11 runs on Android 7.0 Nougat out of the box with no skin on top. There are a few Nepali applications that come pre-installed but hey at least you have an option to uninstall them! There is no additional bloatware on the device and navigating through the software, there were no stutters. Colors has included its own app in the device which shows the list of service centers available in Nepal. Now I have never seen any other smartphone include such an app but sincerely hope others will follow. This app will certainly save customers from the hassle of spending time just to find out a service center near them. The Colors S11 has 16 GB of internal memory which is complemented by expandable memory. It has a fingerprint scanner, too, a feature we don’t usually see in a smartphone of its price range. The rear-mounted fringerprint scanner is satisfactory, it does what its suppose to do but takes a little bit of time to unlock the smartphone.

At the bottom sit dual speaker grills. However, only one of them actually serves as a loudspeaker. In the battery department, the Colors S11 has a 3,000 mAh battery. I had initial thoughts that the battery, coupled with an HD display, would easily provide me a screen on time of around 5 hours. However, that was not the case in my usage as the device gave me around 4 – 4 and a half hours of screen on time. Now I am not complaining that the battery life is bad or anything, but with the HD display, I had more expectation.

The Colors S11 has started a revolution in the smartphone industry in Nepal. The device is the first smartphone to be available exclusively online, which has definitely helped reduce the cost. Yes, it does compromise on the performance and camera front, but paying Rs. 12,495 gets you dual front cameras with the impressive wide-angle camera, 3000 mAh battery and a near stock android experience. What Colors has done with the S11 is praise-worthy, and you won’t regret your decision of buying this smartphone.