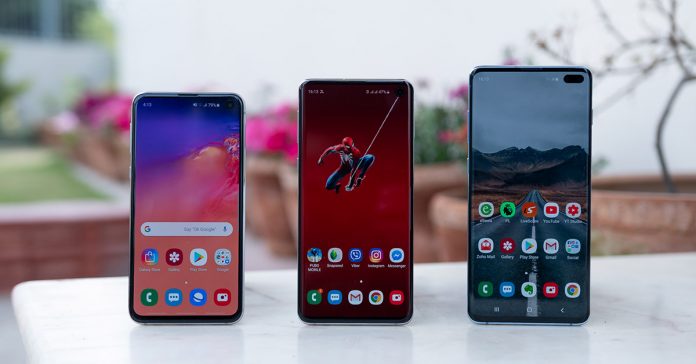 The phones of the new Galaxy S10 series feature a punch-hole display for accommodating in the selfie camera. Like the Huawei Mate 20 Pro, these new devices come with reverse wireless charging which will certainly be helpful to charge other phones and wearables.

The Samsung Galaxy S10e is a direct competitor to Apple’s iPhone XR. The device is the answer to the growing prices of flagship-level smartphones. To cut costs, the Galaxy S10E has a side-mounted fingerprint scanner rather than the in-display one, features a smaller battery, and has a full HD display.

The Samsung Galaxy S10 and S10 Plus are the direct successors to last year’s popular Galaxy S9 and S9 Plus. These devices have the in-display fingerprint scanner and triple rear cameras. The Plus variant of the Galaxy S10 has dual cameras upfront with the secondary lens working as a depth sensor.