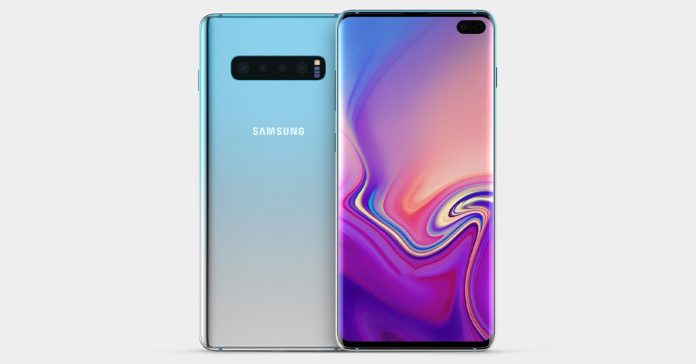 There is so much hype regarding the Samsung Galaxy S10 right now! It seems like there are a lot of expectations from it, hence, all the rumors and renders and stuff. We are hearing new things about it daily. And the latest addition to all of that is the newly leaked information that says the Galaxy S10 has can charge the new Samsung Galaxy Earbuds wirelessly on it’s back.

So, this means that it confirms that the rumors about the Galaxy Buds are true and that there is reverse wireless charging on the Galaxy S10.  Leaked images from WinFuture shows the Galaxy Buds on top of a variant of the Galaxy S10. The Galaxy buds need to be placed within the charging case and put on the back of the phone with reverse charging feature turned on. Of course, that is not always practical, but the feature is there.

This doesn’t say much about the Galaxy Buds though, except that it will be called the Galaxy Buds. They are, of course, wireless, and might come with full Bixby support and such. But this product already has the FCC certification, so, it will soon be launched. Maybe, along with the Galaxy S10, most probably.

Samsung is a company that used to be quite innovative. But in all these leaks we’ve seen up to now, we’re only seeing things that we’ve already seen somewhere else. Reverse Wireless Charging of the Mate 20 Pro, and the Galaxy Buds remind me of the AirPods. So, yes, this is nothing new, I guess. Let’s see what else the Galaxy S10 will bring.