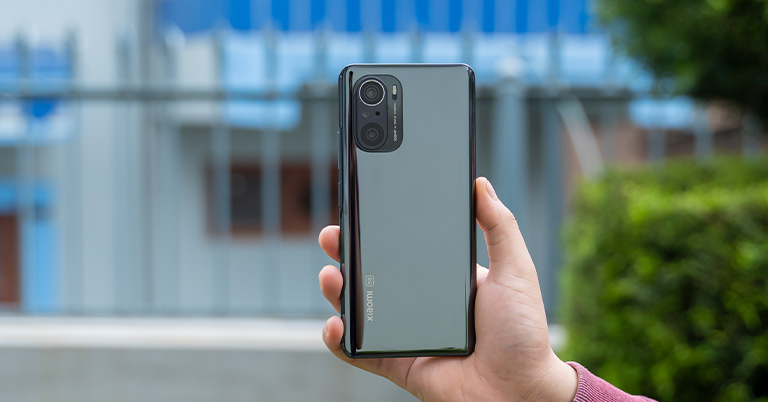 In this review, I will be talking about the Xiaomi Mi 11X Pro, which is also known as the Mi 11i or the Redmi K40 Pro+ in some regions. Now, Xiaomi has launched a lot of phones under the Mi 11 lineup so far and it’s understandable if their names are confusing. The one our team has been testing for around a month is the Mi 11X Pro, which is a slightly downgraded version of the flagship Mi 11.

Its base variant starts at INR 39,999 or NPR 64,999 in Nepal, making it one of the cheapest flagship phones to come with Snapdragon 888. So in this review, we will discuss if the Xiaomi Mi 11X Pro is worth going for or if you should get the Mi 11 or the vanilla OnePlus 9 instead. Let’s get into it!

Okay, when I said that it’s a slightly downgraded version of the Mi 11, well, performance does not count under that. Its Snapdragon 888 chipset has been coupled with 8GB of DDR5 RAM and UFS 3.1 storage. As a result, Mi 11X Pro’s performance is undoubtedly flagship level. To compare, I would say it is slightly faster than the Snapdragon 870-powered phones like the Mi 11X and the iQOO 7. And this is noticeable when you open heavy apps or try multitasking between them.

Still, I think Snapdragon 870 is the best value-for-money flagship chipset in 2021. Plus, with every Snapdragon 888-powered phone, you will encounter some sort of heating issues and sadly that’s present on the Mi 11X Pro too. So, this does heat up when playing GPU intensive games, recording 4k or 8k videos, and the likes.

Talking of gaming, playing Genshin Impact in the high graphics setting and 60fps mode, the gameplay runs smoothly at 58fps and over 90% stability. Likewise, PUBG Mobile can hit 60fps in HDR graphics and extreme frame rates with 96% stability. Call of Duty, which is a slightly optimized game than the other two, yields 60fps with 100% stability in Very High graphics and max frame rates.

However, in these higher settings, the Mi 11X Pro heats up quite rapidly, especially near the camera module. With this, the phone becomes quite uncomfortable to hold. So, you might want to dial down the settings for better thermal performance.

How is MIUI on a flagship phone?

On the software front, many of you might know that I am not a huge fan of MIUI. Before the recent update, there were even these underlying touch issues in the display, where a certain portion of the screen would fail to register any input, and subsequently, I couldn’t scroll through the UI. But thanks to the MIUI 12.5 update that I received on July 1st, these problems have been fixed.

Moving on, while the performance of this phone is top class, design-wise, I have to say that Mi 11X Pro looks quite basic. In fact, if not for the mirrored finish, it basically looks like the much cheaper POCO F3. And just like the OnePlus 9, its hands-on feel is nothing better than an upper mid-range phone.

In comparison, Mi 11’s matte back, metal frames, and slight curves on the sides feel so much premium and ergonomic even though both these phones share the same weight.

Plus, to keep the price lower, Xiaomi has cut corners on multiple aspects of the Mi 11X Pro. For instance, there’s no IP68 certification, no wireless charging, and the front, as well as the back, only has Gorilla Glass 5 protection. To be fair, these omissions are something that you can absolutely live without.

And one more thing. Like the OnePlus 9, the Mi 11X Pro is limited to two 5G bands only. One might argue that supporting the most common 5G bands is good enough but seeing how alternatives like the Realme X7 Max support much more 5G bands, this feels like a direct upper hand for the competition.

Nevertheless, the Mi 11X Pro boasts a really good display. It’s not QHD like the Mi 11 but that doesn’t really matter much. It’s sufficiently bright, has good viewing angles, and more importantly, it produces excellent colors and contrast. Moreover, it is equipped with a fast 120Hz refresh rate. Couple that with a 360Hz touch sampling rate, scrolling, and typing experience on this phone is pretty great. Likewise, it is also HDR10+ compliant with 100% DCI-P3 color coverage. Sadly, Mi 11X Pro lacks DC dimming although Xiaomi has integrated SGS certification for low blue light emission.

Anyway, because of its big screen, watching movies and web series on this phone is going to be a riveting experience. Xiaomi has paired it with a good set of stereo speakers too. Although not true stereo, meaning, the other speaker also doubles as an earpiece, I’m quite impressed with their quality.

You can notice good details and dynamic range from Mi 11X Pro’s speakers while they can get loud enough as well. Also, they are very similar to the standard Mi 11’s audio setup.

Okay, let’s get into the cameras. Here, Mi 11X Pro features a triple cameras setup at the back consisting of a 108MP primary Samsung ISOCELL HM2 sensor, followed by an 8MP ultra-wide and a 5MP telemacro camera.

On paper, the 108MP sensor seems quite impressive. But in real life, the overall camera quality is just above average. And all this has got a lot to do with the most difficult aspect of photography – color optimization.

You see, when we compared it against the more expensive Mi 11, we found that Mi 11X Pro’s cameras produce wildly saturated output. The pictures are sharp though, but you will notice a lot of unnatural detail processing going on.

Bringing the OnePlus 9 into the mix, it too saturates the images in certain scenarios, but the Mi 11X Pro just goes an extra mile. Being a proper flagship phone with the top-of-the-line HMX sensor, it’s evident how the Mi 11 is the most superior of the bunch.

Ultra-wide-angle images from all three look good and are well-detailed. Thankfully, Mi 11X Pro’s cameras do not boost the colors so much here.

I was surprised with how the OnePlus 9 didn’t have a superior output given its higher-res 50MP lens produced similar results compared to the Mi 11X. The Mi 11 reigns superior here as well with a slightly better dynamic range.

As for portraits, once again the Mi 11 takes the cake with better skin color while the OnePlus 9 brightens the subject a bit more.

On the other hand, the Mi 11X Pro darkens and sharpens the images unnecessarily. Hence, the portraits are not that great on the latter.

Skin tone is brighter on the OnePlus 9, darker on the Mi 11X Pro while Mi 11 has the most pleasing and natural color reproduction.

Selfie portraits carry the same traits whereas edge detection is not perfect in either of them.

But when it comes to nighttime images, all three phones perform well enough. It’s just that the OnePlus 9 has a warmer tone with slightly boosted colors and somewhat lesser details than the rest.

On the other hand, Mi 11X Pro and Mi 11 manage to take in a little bit more light and maintain slightly better details. That being said, Mi 11’s images are usually the brightest with a better level of detail than the other two. Turning on night mode, all three cameras do a very good job!

It’s with the ultra-wide nighttime images that the OnePlus 9 struggles as evident with the muddiness and lack of detail in its photos.

On the contrary, this is one area where Mi 11X Pro does things so much better, followed by the Mi 11.

Next up, macro images from the Mi 11X Pro and Mi 11 look almost similar in terms of details, but Mi 11 has a more natural color tone.

I would rate OnePlus’ macro images to be of slightly lesser quality.

Now, onto the videography side of things, all three phones offer you an 8k 30 fps recording option. But among them, the OnePlus 9 has the most stable output while Mi 11 crops the footage largely to maintain better stabilization.

In other resolutions, like 4k 60 or 4k 30 fps, footages are stable and detailed from all three devices. Moving to ultra-wide videos, the OnePlus 9 offers up to 4k 60 fps mode while that’s missing on the Mi 11 and Mi 11X Pro.

Even for selfies, we are disappointed a little to see the lack of 4K recording options on the Mi 11X Pro. Both 1080p 60fps and 30 fps modes are of good quality. They’re on par in terms of the subject’s skin tone, video stabilization, whereas the audio pickup from the microphone is neck-and-neck as well.

Why the sub-par camera optimization?

With all this, it is clear that Xiaomi Mi 11X Pro’s cameras are in fact inferior to that of the Mi 11 and OnePlus 9. And it’s a little annoying to see the company not offering the same level of camera optimization as the Mi 11. That’s because the Mi 11X Pro comes with the same Image Signal Processor (ISP) as its costlier sibling and its 108MP sensor is flagship level too. So, I really don’t understand this discrimination.

Finally, getting to the battery life, with its 4520mAh cell, I managed to get around 6 – 6.5 hours of screen-on time with my usage pattern consisting of a lot of video streaming, playing some games, web browsing, and social media consumption. Plus, Mi 11X Pro has a good standby time unlike the OnePlus 9! 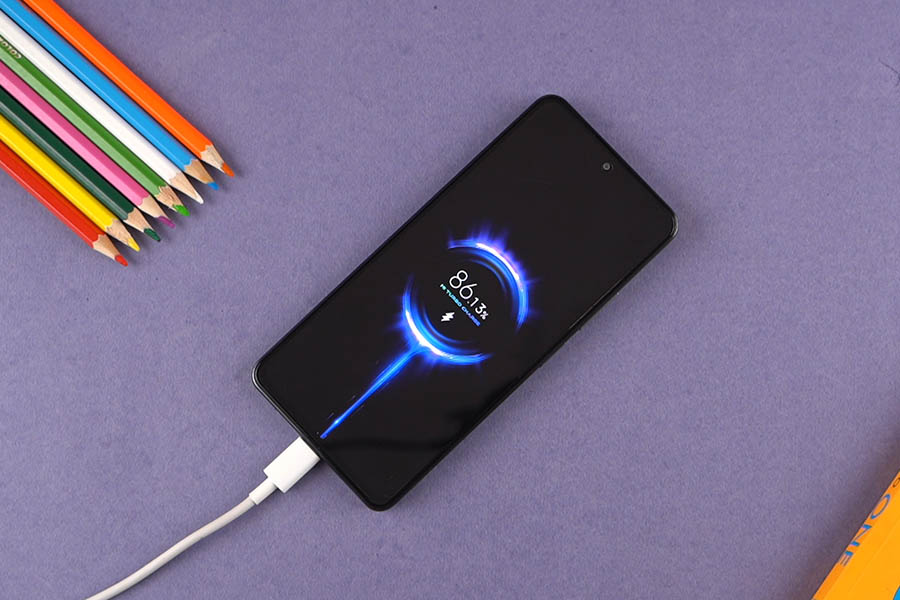 And despite featuring a lower-rated 33-watt charger compared to the OnePlus 9’s 65-watt or the 55-watt charger on the Mi 11, the Mi 11X Pro takes only 51 minutes to get fully juiced up, which isn’t that slow.

To wrap up this review of the Xiaomi Mi 11X Pro, after having used the phone for such a long time, for the most part, we were not satisfied with it. That’s because the aforementioned underlying touch issues made the experience truly bitter. But, just before publishing this video, our unit received an update that solved the issue which has made us change our verdict altogether.

Hence, for the price of INR 39,999 or some NPR 64,999 in Nepal, the Mi 11X Pro is indeed a great offering. Its excellent price-to-performance ratio paired with good battery life and the top-notch display is a great combo. Plus, unlike Xiaomi’s mid-range phones, there is no problem with the software optimization either.

Still, the camera is the one area where our expectation has fallen short. So, if you are someone who is looking for a premium camera experience, the Mi 11X Pro is definitely not the best option for you. For that, you’re better off adding a bit more money to get the Mi 11 or the Galaxy S21 instead. And for what it’s worth, even the OnePlus 9 provides you a slightly better camera experience than the Mi 11X Pro.