We know that Xiaomi makes so many different countless products. One of which are laptops. There Mi Notebook Pro was a stellar try from Xiaomi, with a MacBook like but still a really nice design language. They were also pretty thin, light and at the same time managed to pack in external dedicated GPUs. This year, we get the refresh of the popular Mi Notebook Pro and the Gaming series Xiaomi laptops, they offer similar looks but really excel in the performance front. 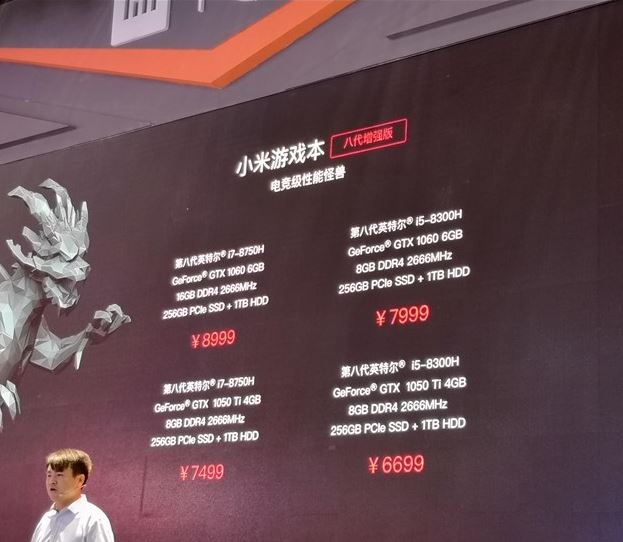 Now, these are the next gen Mi Gaming Laptops, with new and improved cooling solutions, definitely a must with this hardware. Xiaomi did this by introducing three exhaust vents on each side of the laptop and eight at the back. Not just that, they have also increased the thickness of the pipes, increased the size of the fans and the motors of the fans itself have also been improved.

This one is the successor of last year’s Mi Notebook Pro. It comes with a 16.9mm footprint which is official ultrabook territory. It does share a lot of design footprints with its predecessor, but with upgraded internals. No, it does not get the six core 45W chipsets, but the four core eight gen i7s are still somewhat of a sizable upgrade over its predecessor.

For this one, because of the size or rather the thinness, it only gets a GTX-1050 Max Q graphics for its top of the line segment, although anything more and we might face some serious throttling. The same 1050 Max Q chip comes paired with an i7-8550U processor, 16GB of DDR4 RAM and 256GB storage all for just Yuan 7599 or $1115. There is also another variant with an i5-8250U processor, 8GB of RAM, 256GB SSD and the same 1050 GPU. This one is a cool $200 cheaper than the other processor, which is either Yuan 6299 or $922. These laptops also come with fingerprint support, a huge 6-inch trackpad, a 1.5mm deep back-lit keyboard (key travel), UHS-II card slot, and a 60Whr battery that supports USB-C fast charging.

Both variants (Gaming and Notebook Pro 2) get the same 15.6-inch display comes with thin bezels, a nice 81% screen to body ratio according to Xiaomi. The display resolutions are capped in at FHD, with IPS technology. These panels cover about 72 percent of NTSC color space and are capable of up to 300nits of brightness.

Both models will be available for purchase in China from August 16th, with rest of the markets waiting on the availability confirmations. We hope we get to see these soon in the international market as they seem like really good laptops unless withheld by their thermal capabilities.