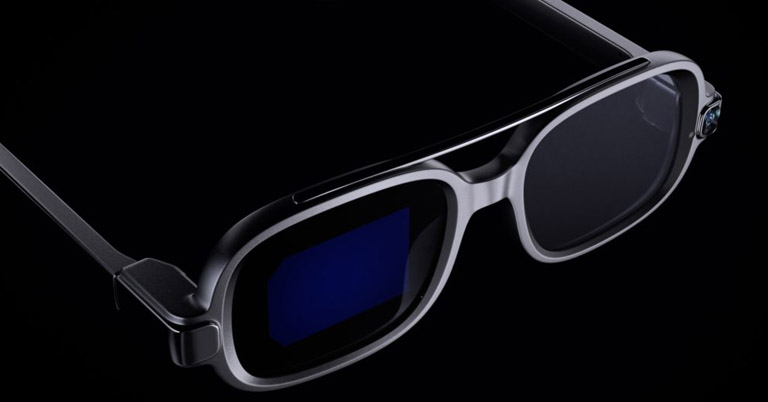 After Facebook, Xiaomi has now unveiled its first smart glasses. The first smart wearable from Xiaomi comes with a MicroLED panel for displaying notifications and other important messages. Here, we will be taking a deeper dive into Xiaomi’s Smart Glasses, along with its specs, features, and availability.

As mentioned earlier, Xiaomi Smart Glasses features a MicroLED panel. It’s a tiny display measuring just 2.4mm x 2.02mm. As opposed to the AMOLED panels used in most smart wearables, MicroLED panels are brighter, produce darker blacks, and even boasts higher pixel density. These properties have allowed Xiaomi to keep the weight of the Smart Glasses to just 51 grams. The display features a special optical wavelength technology that uses refraction to send lights towards the human eye through an etched grating surface. With this technique, the Smart Glasses sends messages and notifications directly to the user’s eye.

Inside, Xiaomi has included a total of 497 different components including a quad-core ARM chip, WiFi and Bluetooth modules, a battery (of unspecified capacity), and touch controls. It runs on a special fork of the Android operating system. However, the company has not offered much detail beyond that.

Xiaomi’s Smart Glasses also has a 5MP camera that lets users take photos. It is accompanied by an LED light to notify other nearby that the device is currently shooting photos.

While you need a smartphone to receive calls, multiple functions of the device are phone-independent. This includes navigation, real-time translations/transcribing, teleprompter function, and more. 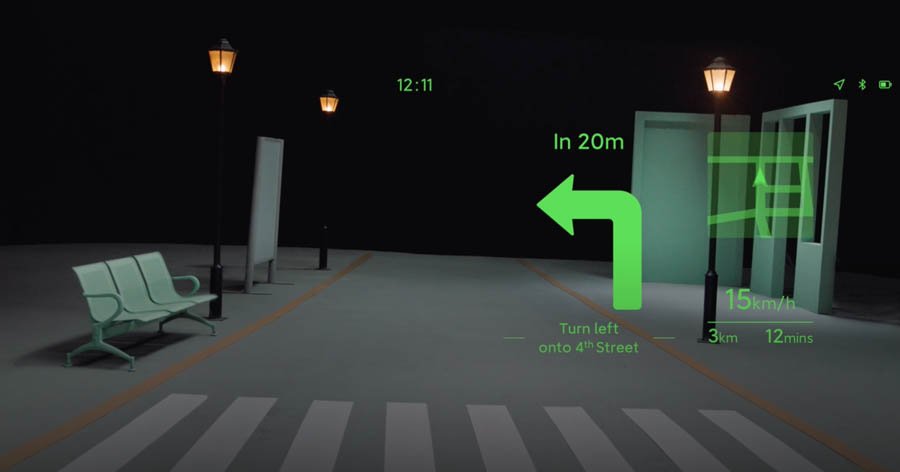 Sadly, Xiaomi Smart Glasses is just a sneak peek at the company’s latest progress on smart wearables. As a result, it won’t be available in the market for people to buy anytime soon.