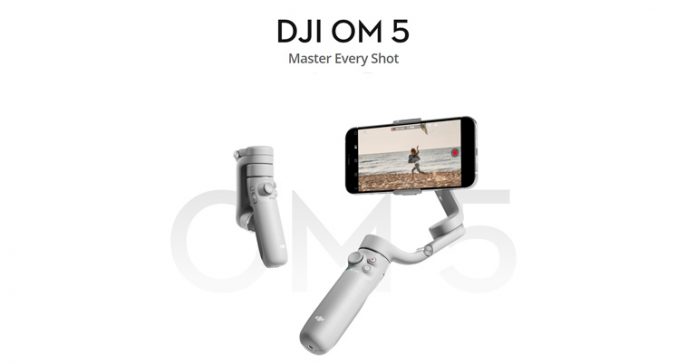 Drone manufacturer DJI has just launched its new generation of handheld gimbal for smartphones—the DJI OM 5. It’s one-third smaller than its predecessor and features an extension rod to convert it into a selfie stick. So, let’s get into the specs, features, availability, and expected price of DJI OM 5 in Nepal.

The DJI OM 5 comes with a three-axis handheld stabilizer that physically moves to balance the camera movement, resulting in a naturally smooth motion. As mentioned in the beginning, this gimbal doubles as a selfie stick to help take photos at high and low angles. 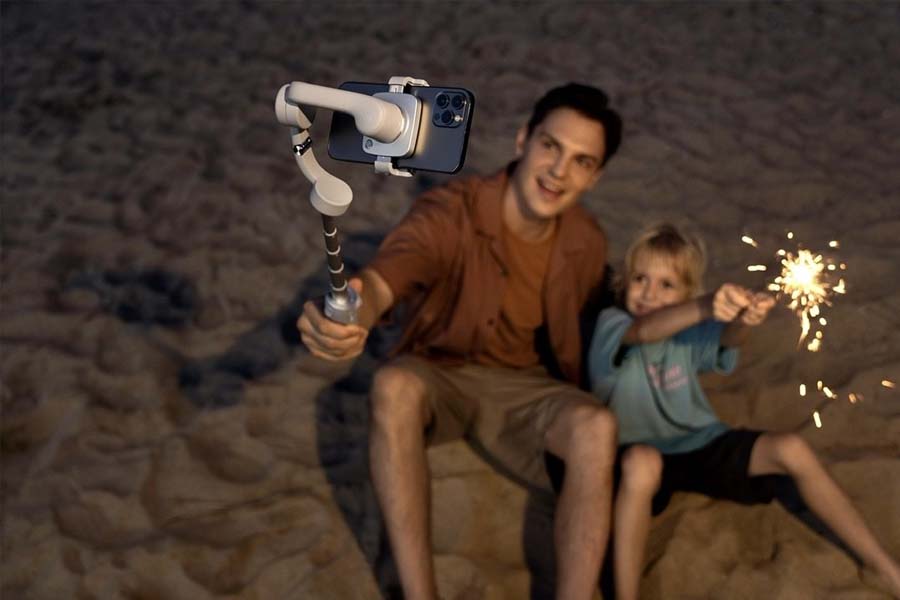 Moreover, the OM 5 retains the same foldable design principle as its predecessor. However, it’s a tad bit smaller and lighter. It also includes an improved phone clip that stretches out even further to accommodate taller phones.

Furthermore, you get a physical button that lets you access the gimbal’s core features. There’s something called “ShotGuides” that recognizes the surroundings and recommends shooting tips. Similarly, with ActiveTrack 4.0, the OM 5 can help you keep moving subjects in focus better.

There’s also a gesture control feature that lets you click photos with simple hand gestures. Furthermore, after filming videos, it will auto-edit all the clips into a single finished film and sync it with DJI’s Mimo app.

In order to make this iteration more compact, the battery’s capacity has been reduced. While the OM 4 featured a 2450mAh battery, the OM 5 comes with a much smaller 1000mAh cell. Besides this, it retains other features available on OM 4 like DynamicZoom, timelapse, motion-lapse, hyper-lapse modes, panoramas, spin shot, story mode templates, and glamor effects.

DJI OM 5 will retail for USD 159, which includes a ring holder, clamp, tripod, wrist strap, and carrying pouch. We expect the price of the DJI OM 5 gimbal in Nepal to be around NPR 24,000 when it launches here shortly.