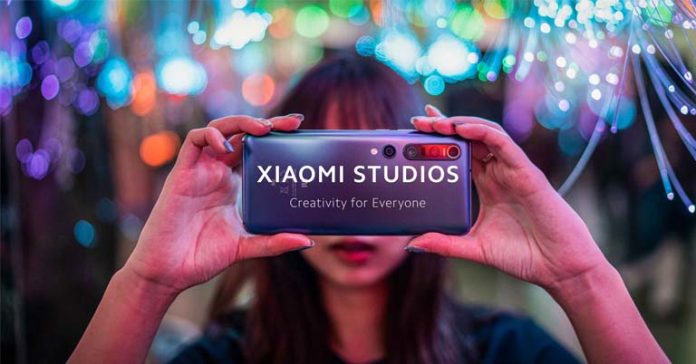 Xiaomi, as a tech company, is never boring—with its innovative and at times outlandish innovations. Just a few days back, the company patented a new sound charging technology. Now, it has officially unveiled a movie studio brand called “Xiaomi Studios”. This initiative aims to explore and encourage content creation with the company’s mobile devices.

Together with Studios, the company also announced the Xiaomi Creator program, dedicated to content creators who intend to make the most of the cinematic capabilities of their Xiaomi phones.

In short, you might get to see films (either short or long) shot primarily with Xiaomi smartphones. However, it is likely that the company will expand this program to users of non-Xiaomi phones in the future.

Mi 11 series – The darling of Studios

While we’re on the subject of videography, Xiaomi appears to be rather confident in the cameras on its premium smartphones to have announced this program. The firm might target its flagship handsets to promote Studios, which is the Mi 11 series for now.

More specifically, Mi 11 Ultra, which is its most premium offering to date is set to be the highlight of the Xiaomi Studios program. However, it all depends on the creativity of the cameraperson on how to make the most out of a device. For this, Xiaomi seems to have followed in Apple’s footsteps, where the company invites people to make short films with their iPhones. Peter Chan created the short film “Three Minutes“, which was shot on an iPhone X in China. Similarly, Xiaomi Studios could soon deliver the first content made directly by creators who have joined the program.

The particulars of the new Studio and Creator program remain undisclosed for the time being. Likewise, Xiaomi has not disclosed any information regarding its international availability either. However, we might be in for some good news pretty soon.