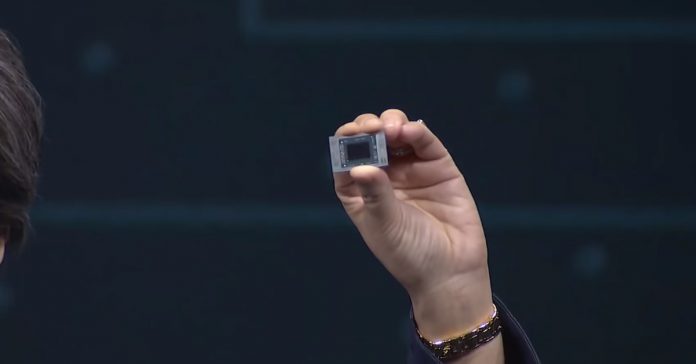 AMD is just absolutely slaying Intel at this point and the competition has no trick up its sleeves against Dr. Lisa Su and company. While Team Blue was busy demonstrating its AI capabilities on “Selections” on Adobe Photoshop (and I’m pretty sure the dude from Adobe showing off the tech was on coke, or God is dead) at CES 2020, and the impressive Ghost Canyon NUC modular PC, AMD wowed us all with its 7nm Zen 2 Ryzen 4000 mobile processors, a new Radeon RX 5600 XT graphics cards for 1080p gaming, the monster Threadripper 3990X and more.

2019 was when AMD finally pulled itself by the bootstraps and offered stiff competition to Intel and NVIDIA, who had basically been hogging the CPU and GPU market for years. And now, the company is looking to replicate its success of desktop business onto laptops as well. Codenamed “Renoir“, the new 7nm Ryzen 4000 series mobile processors will go head to head against Intel’s 10nm Ice Lake mobile CPUs (and also surpass them while they’re at it). 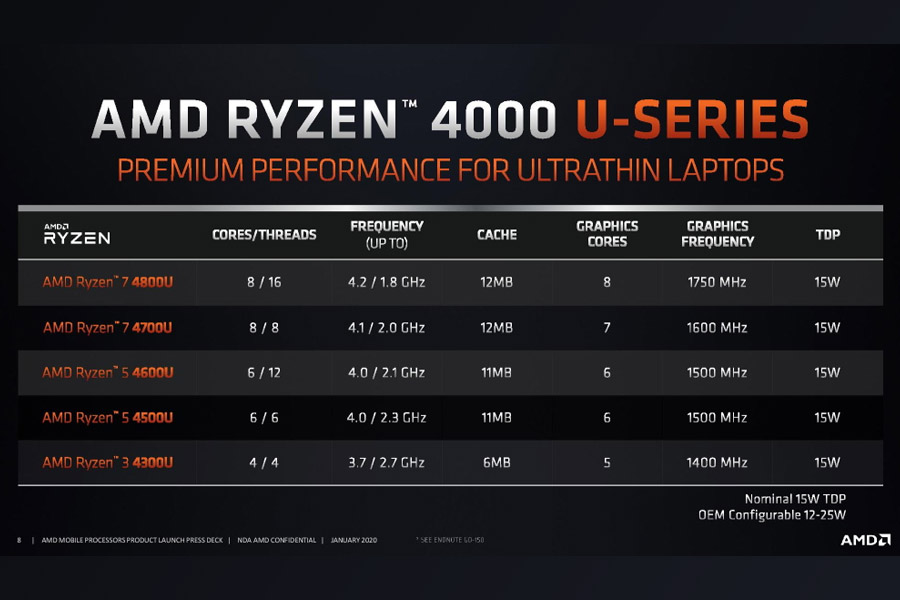 Let’s talk about the ones with 15W TDP first. These processors with ‘U’ moniker suffixed to them as you can expect are designed for light, thin, and portable laptops. Here, AMD is keeping the naming convention to Ryzen 3, Ryzen 5 and Ryzen 7 akin to its predecessors and Intel’s Core i3, i5, and i7.

The top-of-the-line Ryzen 7 4800U comes with 8 cores and 16 threads with base clock of 1.8GHz and a boost clock of 4.2GHz. What’s more, this APU comes with AMD Radeon Graphics with 8 GPU cores at 1750MHz. During the keynote, the company put the 4800U to comparison against Intel’s Core i7-1065G7, where AMD claims the Ryzen 7 4800U delivers 4% higher single-thread, a whopping 90% better multi-thread and 28% graphics performance. This is all the more impressive considering the fact that both of them are 15W chips.

Additionally, all mobile processors under the new Ryzen 4000 series are bound to have a better battery life thanks to the efficient 7nm lithography compared to 12nm of the old 3rd-gen mobile processors (more than twice as the company claims). One of the first laptops making use of the Ryzen 7 4800U will be Lenovo’s Yoga Slim 7. 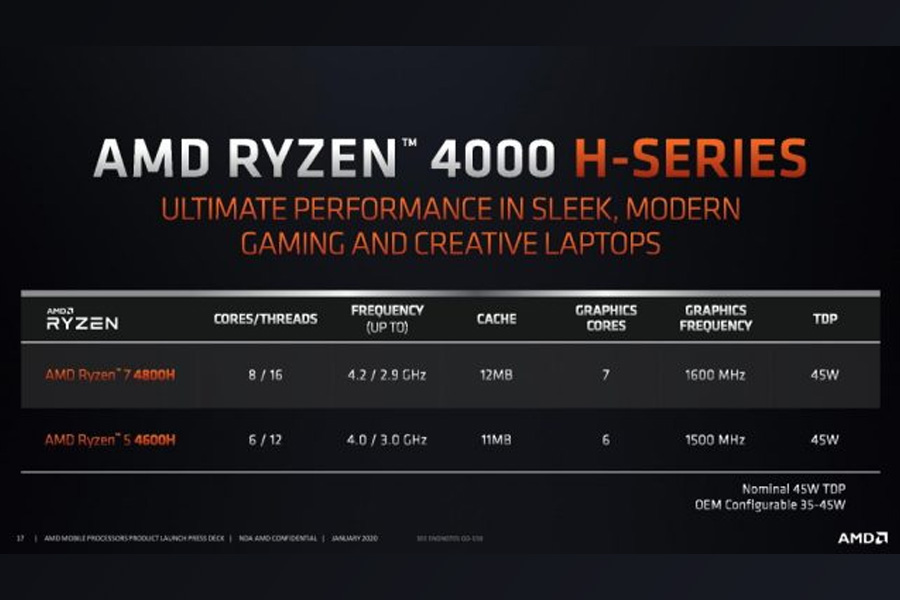 Now let’s get into the ones with 45W TDP rating. These high-performance processors are designed for gaming and content creation. Apart from the 4800H and 4600H, there’s also the Ryzen 7 4800HS, which is exclusive to ASUS with a 45W performance on a 35W envelope. This processor will debut on the company’s upcoming Zephyrus G14 gaming laptop.

Dell’s G5 15 Special Edition (SE) will be the first of devices to incorporate the Ryzen 7 4800H, as well as the Radeon RX 5600M (Navi architecture). All these processors are expected to ship within Q1 2020 in over 12 new models. Furthermore, AMD plans to make more than 1000 models and 100+ systems under the Ryzen 4000 Mobile family available by the end of 2020. Also later in the year, the company is launching Pro Series Ryzen 4000 series processors for the enterprise market.