It’s the festive season right now and many people are looking to buy a new TV. For this, we recently updated our TV buy guide with the best 55″ 4K TVs under NPR 1 lakh in Nepal. While those options will be perfectly fine for most people, those who want an even better TV viewing experience might want to spend a little extra. And that’s why we’ve curated this list of the best 55″ 4K TV under NPR 1.5 lakh in Nepal. At this budget, you can get TVs with much better picture engines and a bunch of other high-end features. There’s even a QLED option available here!

Kicking off our list of the best 55″ 4K TV under 1.5 lakh in Nepal is the Hisense HA55U7A2WTG. This is a ULED TV, which is Hisense’s branding for its high-end LED TVs. Basically, it is loaded with a bunch of image optimization technologies. This includes an edge-lit LED-backlit panel with full-array local dimming for more accurate contrast, precision brightness processing, 100% BT.709 (aka Rec.709) color coverage, and more. As for HDR standards, this Hisense TV supports HDR10 and HLG only—not dynamic standards like Dolby Vision or HDR10+. Anyway, there’s also something in store for the gamers here. Thanks to its Smooth Motion Rate 200 panel with a 120Hz refresh rate, this TV can also be a great gaming monitor. Hisense has also offered a really appealing design with minimal bezels, a sleek profile, and a metal base. Audio-wise, it hosts a standard set of 20W front-firing stereo speakers for more transparent sound quality. Especially in terms of mids and highs. This smart TV runs on Hisense’s own operating system called “VIDAA U“. Now, it doesn’t have Google Play Store like Android TV OS, but its own app store is loaded with pretty much all streaming apps you could want.

Samsung is one of the most dominant names in both the global and Nepali TV industries. And 2021’s UA55AU7700 is still an impressive television which is why it has found a spot on our list of best 55″ 4K TV under 1.5 lakh in Nepal. It has a modern design with slim bezels and also a dedicated space in the leg stand for better cable management. Samsung’s commitment to a clean setup goes beyond this as it also supports “PC Mode”. Under this, you can wirelessly stream your PC, laptop, or smartphone’s content onto the TV. It is even compatible with Apple’s AirPlay, but the more common standard—aka Chromecast—is missing here. As for the display, this TV doesn’t disappoint either. It uses Samsung’s PurColor engine for richer colors whereas its HDR10+ support means the AU7700 can deliver excellent contrast with deep blacks and bright whites on supported contents.

And among the picture presets available, you’ll also find something called the “Filmmaker Mode” which essentially disables every unnecessary picture tuning when watching any movie or TV show for a viewing experience just as the director intended. It has a fantastic set of bottom-firing speakers with Dolby Digital audio as well. Since it is also Q-Symphony compatible, you can have both the audio from the TV speakers and an external soundbar playing simultaneously.

Heading to the top three entries on our list of best 55″ 4K TV under 1.5 lakh in Nepal is the LG 55UP7750. Like both the Hisense and Samsung TV above, this one’s a smart TV as well. And like both of them, it doesn’t run on Android TV OS either. Instead, this thing boots on LG’s own operating system, called WebOS. It is powered by Quad Core Processor 4K and LG has also packed in a lot of AI-enabled features onto this TV. For example, if you’re someone who watches a lot of sports content, then you’ll definitely be thankful for its “Sports Alert” feature. 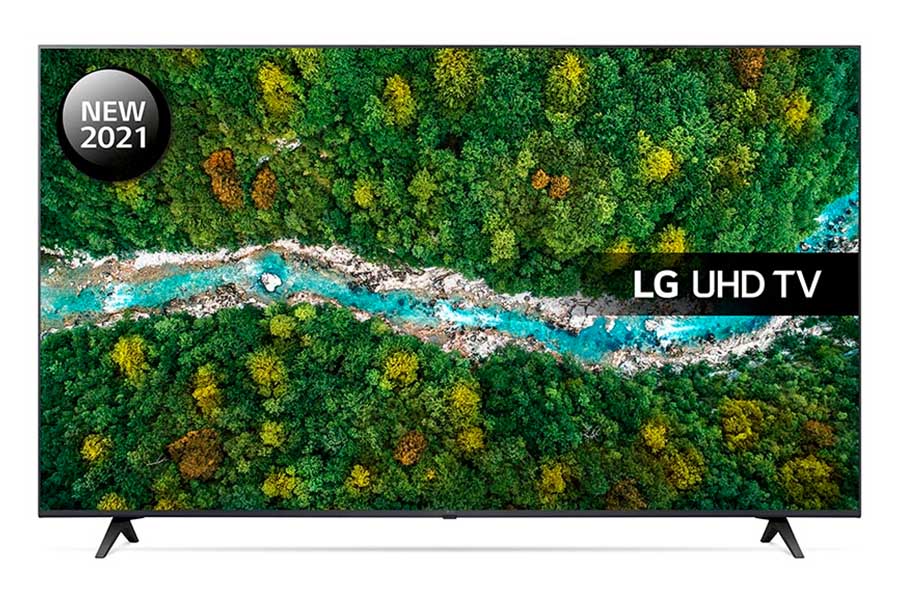 It alerts you of match scores before, during, and after games so that you don’t miss anything. The 55UP7750 also features smart dimming control for enhanced brightness and contrast. As for the picture quality itself, this TV boasts excellent sharpness and color details. It even has the “Filmmaker Mode” like in the Samsung UA55AU7700. And of course, this LG TV can be the central hub for all the smart appliances in your home too since it incorporates LG’s ThinQ AI technology. For a couple of thousand rupees less, you can also get the LG 55UP7550. It is mostly the same as the UP7750, but it misses out on a few AI-enabled features.

Okay, the first entry on our list of the best 55″ 4K TV under 1.5 lakh in Nepal to run on Google’s Android TV OS is the Sony KD-55X80J. In fact, it boots on the “Google TV” platform which is a more modern software layer on top of Android TV. So with the Sony KD-55X80J, you might not necessarily need to spend extra money on streaming devices like Chromecast, Amazon Fire Stick, and such. This is backed by a quad-core processor alongside 2GB RAM and 16GB of internal storage for a smooth UI/UX experience. This Sony TV impresses with its display too. It uses a direct LED-backlit panel instead of an edge-lit panel for enhanced brightness control. The 55X80J produces excellent colors as well, thanks to Sony’s proprietary TRILUMINOS PRO picture engine and the X1 4K HDR processor. Talking about HDR, this is also the first one on our list of the best 55″ 4K TV under 1.5 lakh in Nepal with Dolby Vision on top of HDR10 and HLG formats. Because it supports Motionflow XR 240 for smoother motion enhancement, this is a great monitor for gaming too. Sony says the 55X80J also delivers clear, multidimensional audio with its ambient optimization. Oh, and it also has Dolby Atmos playback.

While every other entry on our list so far features an LCD panel with white LED backlights (some edge-lit and some direct-lit), the TCL 55C728 significantly stands out. Its QLED nature means all the properties of LED still apply here, but it also uses a quantum dot layer between the blue backlight and the LCD layer. As a result, QLED TVs can produce far superior colors and brightness levels. This is still not as energy-efficient or contrast-rich as OLED or QD-OLED panels, but it’s the next best thing. And the fact that you’re getting this 55″ TCL 4K QLED TV for under 1.5 lakh in Nepal right now means it is easily among the best options available. 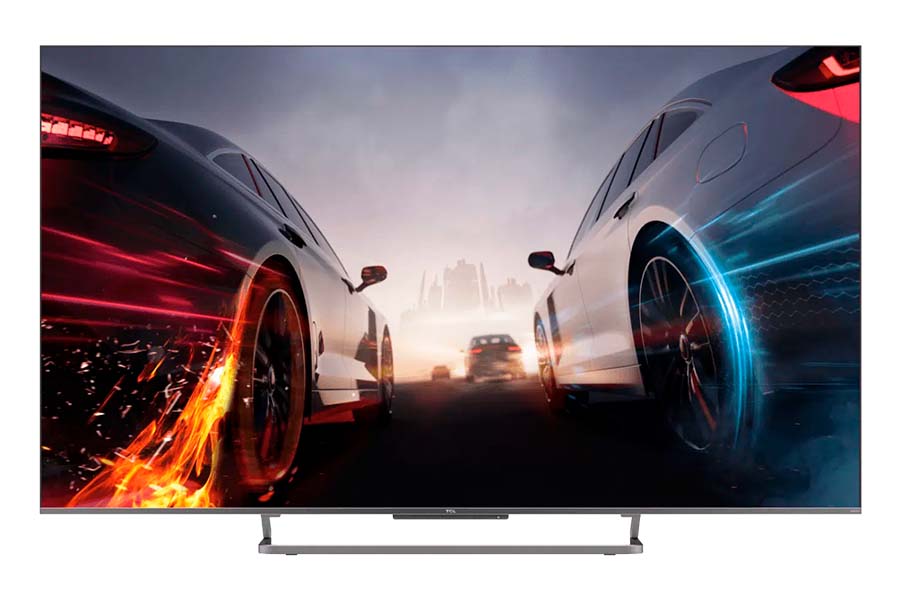 Further enhancing the viewing experience is the Dolby Vision IQ supports that dynamically adjusts Dolby Vision content based on the ambient lighting conditions. There’s also 120Hz MEMC compatibility so that you can enjoy your games without any blurring or anything. Additionally, TCL has given a couple of HDMI 2.1 ports as well. That means the 55C728 can receive up to 4K/120Hz video data with dynamic HDR for a more immersive gaming experience. But to make the most of it, you’ll need an equally powerful gaming PC or the latest consoles too. And in terms of audio, this TV has 19W bottom-firing speakers with Dolby Atmos.