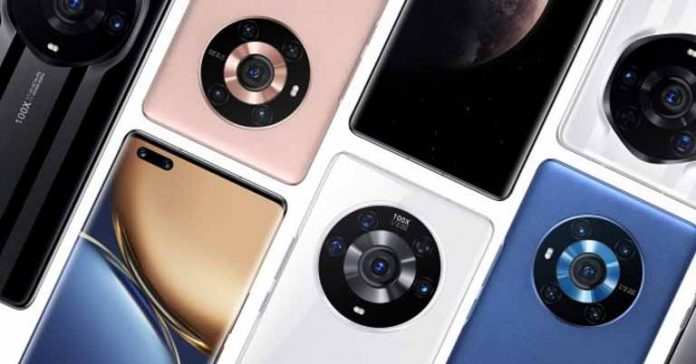 Honor 50 series was among the company’s first high-profile since the separation with Huawei. It has now been displaced by the Magic 3 series as Honor’s latest flagship smartphone. Here, we will be discussing the Honor Magic 3 series (Magic 3, 3 Pro, and 3 Pro+) including their specs, features, expected price, and availability in Nepal.

Honor may have separated from Huawei on paper, but we can still see Huawei’s inspiration on these 3 phones. For context, the Magic 3 Pro+ takes design cues from the Huawei Mate 40 RS Porsche Design.

The octagonal camera module is similar and so are the three parallel lines across the length of the device. Like on the Mate 40 RS, the lines bend around the camera module. 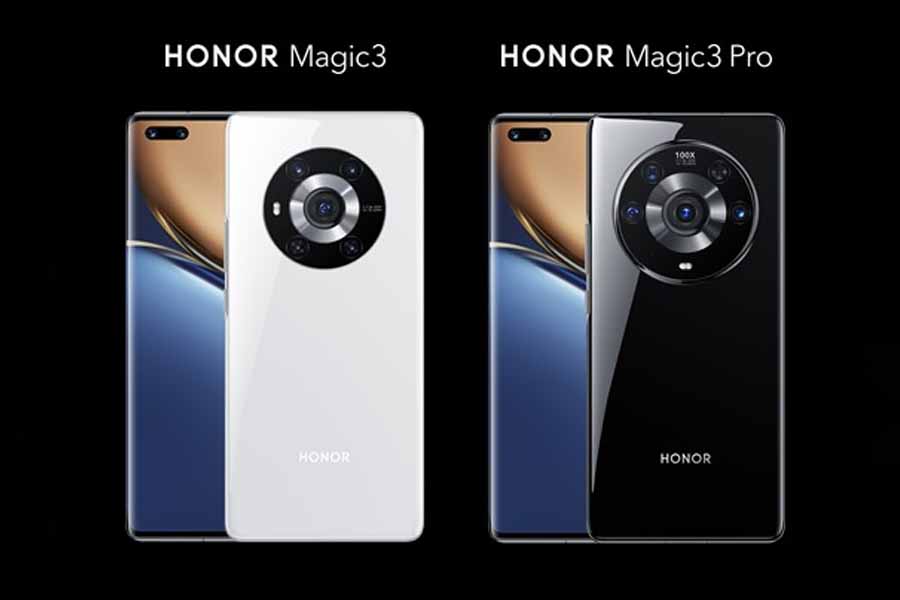 On the front, there is a 6.76-inch AMOLED panel with a 120Hz refresh rate. The display is curved at 89-degree and is surrounded by thin bezels. This 10-bit display covers the DCI-P3 color gamut and is also capable of producing over 1.07 billion colors.

Honor Magic 3 is the first phone to be part of the IMAX Enhanced program. It was initiated by IMAX in collaboration with DTS for the theatrical experience in smart screens. With this inclusion, you can now enjoy 4K HDR videos with DTS audio on the HDR10+ panel of Honor Magic 3. Prior to this, it was only available in select TVs and projectors.

Running the show underneath is the Snapdragon 888+. Honor has used Qualcomm’s latest flagship on the Pro and Pro+ model. The vanilla Magic 3 settles on regular Snapdragon 888. However, the only difference between the two chipsets is the clock speed of the Prime core which is higher on the Plus model.

To keep the temperature down, Honor has used superconductive hexagonal graphene that it claims has 50% better conductivity than traditional graphene.

The 50MP primary camera on the Magic 3 and Magic 3 Pro uses a 1/1.56″ Sony IMX766 sensor. The Pro+ model uses a larger IMX700 sensor instead. It also comes with a 64MP ultrawide lens compared to the 13MP option on the other two.

The Pro and Pro+ model also have a 64MP periscopic lens that is absent on the vanilla Magic 3. There is also a 64MP monochrome lens that is common across the Magic 3 series.

All three models come with a 13MP selfie sensor paired with a depth sensor. The Pro and Pro+ models feature a 3D ToF sensor that is used for 3D Face Unlock as well.

Fueling all three of these phones is a 4,600mAh battery that supports 66W wired charging and 50W wireless charging.

Honor Magic 3 costs EUR 899, while the price of 3 Pro and Pro+ in Europe is EUR 1,099 and EUR 1,499, respectively. Still, the company hasn’t specified anything regarding their availability. While highly unlikely, we expect the price of the Honor Magic 3 series in Nepal to start at NPR 130,000 if and when it launches here.