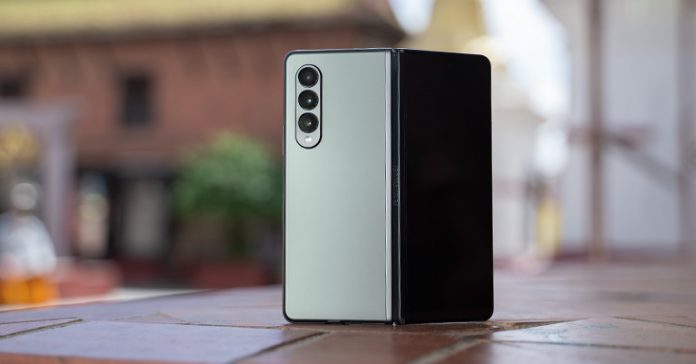 Retaining the Adaptive refresh rate, the main display, as well as the cover display, can dynamically adjust the refresh rate based on the content on the screen. For protection, the exterior screen and back cover are covered with a Gorilla Glass Victus.

In terms of design, the rear panel gets a new look with the pill-shaped camera arrangement. The hinge is built with Armor Aluminum that is 10% more durable to protect the interior parts of the hinge.

Plus, this time around, the Fold receives an official IPX8 certification for water resistance — the first time ever on a foldable device. All of this sums up to make Fold 3 80% more durable than Fold 2.

Under the hood, the Fold 3 packs a Qualcomm Snapdragon 888 chipset paired with 12GB of LPDDR5 RAM and up to 512GB of UFS 3.1 storage. On the software side of things, it boots on Android 11-based OneUI 3.1.

The Z Fold 3 is Samsung’s first phone to house an under-display camera. There’s a 4MP lens placed on the top-right corner of the main display. Likewise, the device boasts a triple camera cutout led by a 12MP primary lens. This is complemented by a 12MP ultra-wide and a 12MP telephoto lens. Here, the primary and telephoto lens gets OIS support. In addition, a punch-hole in the cover display holds a 10MP sensor with an f/2.2 aperture.

Moving on, it has a side-mounted capacitive fingerprint sensor for biometrics. It also supports an S-pen specifically designed for the fold. The pen weighs 8 grams and has a 15mm tip.

The connectivity option includes Wi-Fi 6, Bluetooth 5.2, GPS, Galileo, and NFC. Over on the audio, it has a stereo speaker setup with Dolby Atmos. The Samsung Galaxy Z Fold 3 is available in three colors: Phantom Black, Phantom Green, and Phantom Silver.

Check out our early impressions of the Samsung Galaxy Z Fold 3.