Consumer Electronics Show, CES 2018 ended this Friday. And in this biggest tech fair, the technology giant HP had not abstained itself from showcasing the greatest gadgets in its lineup. With the devices like 3D camera, laptops with 8th generation Intel Core processor, remarkable tablet PC and big gaming display, HP gained lots of appraisals from the audiences in the show.

Spectre series laptops are the ornamental legacy of the Hewlett Packard (HP). Ergonomically beautiful, powerful specs and longer battery are some defining features in the Spectre laptops. And this time around, there is nothing different. Because of such ingenuities in the past, the new Spectre x360 15 also gained loads of attention in the show. 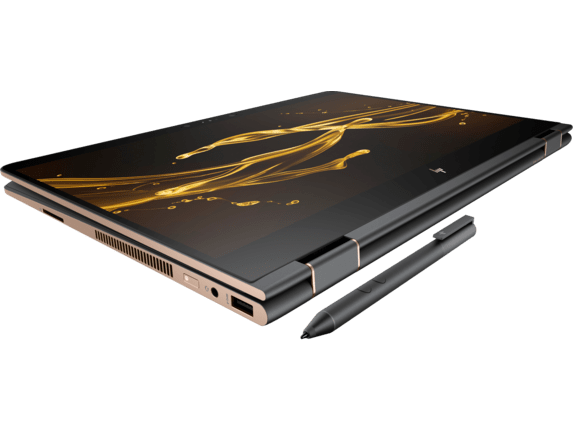 This convertible is one of the first laptops to possess 8th generation Intel Chip. And The 2-in-1 seems sturdy in its CNC machined aluminum chassis. Available in Dark Ash Silver with Copper Luxe accents, this new convertible comes with an angular profile of 19.5mm. In terms of display, this new 2-in-1 possesses UHD (3840 x 2160 pixels) resolution protected by Gorilla glass 4. Weighted 2.1Kg, the HP Spectre x360 15 is also rich in terms of security. IR camera and a fingerprint scanner are incorporated into the device to evade the data vulnerabilities.

Two variants of this convertible laptop were showcased at the event, one with integrated graphics and other with discrete Nvidia graphics. The first of its kind i.e. the laptop with Intel Core I7-8750G processor with AMD Radeon RX Vega M graphics offers 12 hours of battery backup. The name of the processor used on another variant is still suspense. However, it was disclosed that an 8th gen quad-core Intel Core processor is used to power the device. This variant is provided with Nvidia GeForce MX150 discrete graphics and is capable to drive the device offering 13.5 hours of battery backup. Both of these laptops are hassle-free to juice up, as they are compatible with fast charging. Priced at $1369.99, these new laptops will be available in the US starting from March this year.

Jacketed inside CNC machined aluminum shell, Envy x2 is an ‘Always Connected’ PC. In terms of display, this hybrid is gifted with the 12.3-inch display with WUXGA+ (1920 x 1280 pixels) resolution and Gorilla glass 4 for the protection. The device is powered by 7th gen Intel Core Y-series processor. This newbie runs on Window 10 Home OS and is coupled with 8GB of DDR4 RAM and 256GB of PCIe SSD storage.

Envy x2 includes fanless design and comes with LTE support. This tablet PC can be positioned in laptop mode, reading mode or tablet mode. The tablet comes with the 13MP rear camera and 5MP front camera. On the connectivity side, the PC has two USB Type-C ports, a microSD slot, a SIM card slot, and a 3.5mm audio jack accumulated. Weighing a mere mass of 766 grams, the device is remarkably light and claims to provide 17 hours of battery backup. 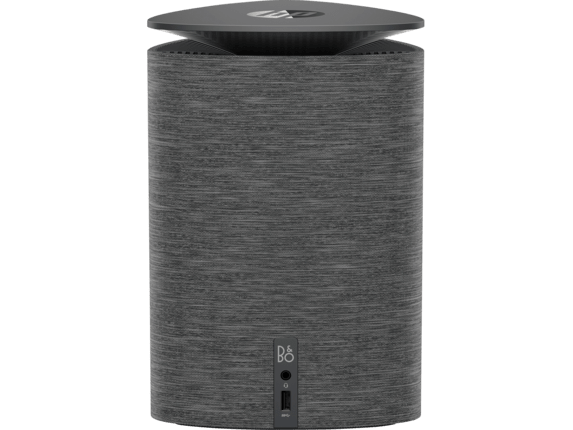 Pavilion Wave is the first laptop to incorporate Amazon Alexa AI in its system. The voice recognition integrated with AI can be used to web surfing, video streaming and to perform the task within. Furnished with Intel Smart Sound technology, the PC is also capable of offering 360-degree audio output. The device is priced $549.99 and its shipment will begin from the spring of 2018.

OMEN X65 is a big gaming display from HP. As its name cues, this display is sized 65-inch. This huge display is an HDR10 compliant and offers UHD (3840 x 2160 pixels) resolution. In addition, this display possesses 120Hz refresh rate and is remarkably bright with 1000 nits of brightness. This gigantic display also features Nvidia G-Sync and Nvidia Shield Integration for an enhanced gaming experience.

Capturing the 3D textures of the objects has been often cumbersome. Accumulating the micro details and encapsulating them in the workspace had always been a pain in the neck. To annihilate such inconveniences, HP showcased Z 3D Camera in this CES 2018. This camera is unique in design and offers maximum compatibility in the workspace despite the small footprint. This camera performs 3D scans of the objects just like recording videos. The Z 3D camera creates create life-like digital images by rotating an object in your hands or positioning under the camera – SLAM tracking and scanning technology construct the 3D model in real time. Despite the use of hands-on rotating the objects, hands are removed from the images in real time and creating life-like objects. This camera can be a great device to scan objects with computer-graphics-friendly resolutions. The scanned objects can reliably be used for Physical-based rendering (PBR) and Virtual Reality (VR) applications.