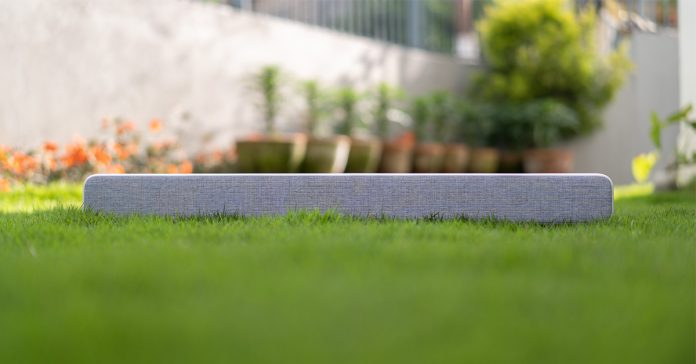 In the past couple of years, we saw quite an evolution in the televisions. From the antiquated Black and White CRT (Cathode Ray Tube) type TV to the modern-day TVs with the slim and bezel-less design and with the 4K UHD resolutions; we saw quite a lot of innovations in between. Some TV companies are even pushing that limit by showcasing 8K FUHD and 16K QUHD televisions. In that run, there has been a significant upgrade in terms of screen quality and design. And we cannot deny that. However, there hasn’t been that notable improvement when it comes to the audio quality. You might have noticed the audio lacking the punch and missing the depth in music. And that’s more pronounced while watching the action movies.

With the modern-day TVs getting slimmer in every iteration, it’s also getting harder to accommodate good and sizable audio drivers. And that has been one of the reason for the compromises on the audio quality of the TVs. So despite investing a lot of money on the television, we do not quite get the amazing viewing experience as the TV makers promise.

To compensate that tradeoff of the slim TVs, using a soundbar is a way to go. And you can find different brands in the market with a lot of soundbar models in their lineup. While researching soundbars in Daraz for the TV in our office, we came across the MI Soundbar. The Soundbar looked promising on the specs sheet and was affordable in terms of price. So we got one and tested it for nearly two weeks. And in this MI Soundbar review, we will tell all the good and bad parts of the soundbar.

In terms of design, the soundbar doesn’t look particularly appealing. The soundbar comes in white wrapped with the plastic casing. So it looks quite cheap. The front part, however, is wrapped with cotton fabric, due to which, the soundbar looks somewhat sophisticated. Still, it doesn’t spread a premium vibe. But since it’s a budget soundbar, that’s understandable. 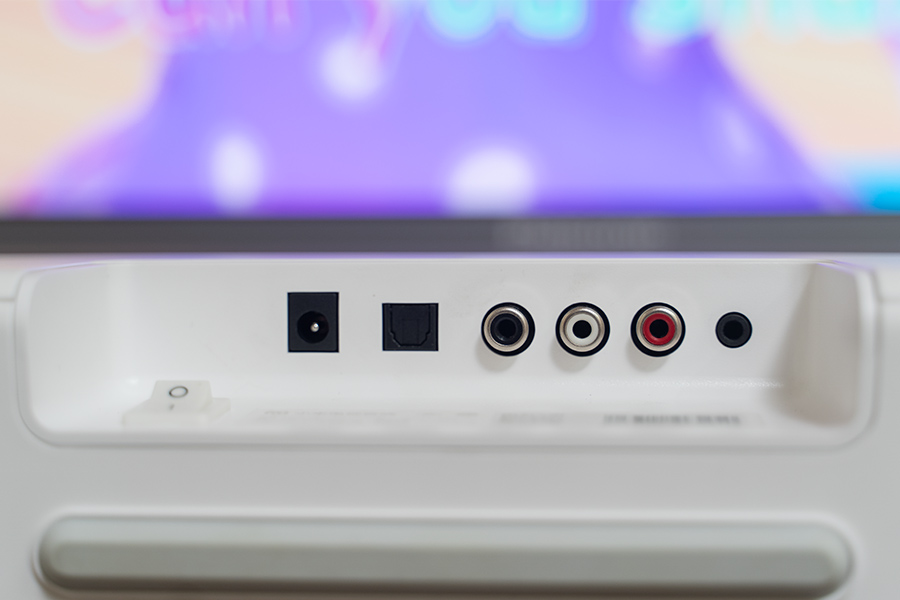 Continuing with the design, you can find all the pairing and control buttons on the top. Similarly, all of its ports are allocated on the back. Power on/off switch also resides nearby on the same side.

When it comes to pairing, there are plenty of options. You can easily pair this soundbar with your television, laptop or even your smartphone. Xiaomi has haughtily boasted that the setup process will complete within 30 seconds. We didn’t actually test it ourselves to verify the statement but since the pairing process was easy and quick, we believed it.

Furthermore, you can use a double-ended 3.5mm headphone jack (Aux-in cable) to connect the MI Soundbar with your smartphones and laptops.

Even for the fans of wireless technology, the soundbar doesn’t disappoint. The soundbar is equipped with Bluetooth 4.2, which lets you play music tracks from your smartphones and laptops with ease. Although the Bluetooth 4.2 lets you easily play music from your mobile devices, it doesn’t quite offer the wider range, higher bandwidth, and higher speed which is found on the Bluetooth 5.0. So there is that!

But there is a thing to keep in mind while pairing. You need to select the proper input mode, which matches the input port. For example, if you have connected your TV with the Soundbar using the S/PDIF cable keeping the input mode on Bluetooth, you won’t get the audio output. So while doing the connections, make sure you’ve done it properly.

To deliver the crisp and punchy audio, MI Soundbar has a promising audio driver setup. The audio module comprises of eight drivers. Among the eight, two are woofers dedicated to delivering audio of a wide frequency range. Similarly, there are four passive radiators, which look after the bass part or the music with the low-frequency spectrum. Lastly, there are two tweeters, which complete the audio driver setup. The tweeters handle trebles or the high-frequency part of the music.

With such a capable audio setup under the hood, we were expecting an awe-inspiring audio quality. So we were really eager to test the device. And for the very purpose, we connected the device to our office TV and watched a couple of TV shows and listened to some music. In doing so, the audio level sounded sufficient while watching the TV programs in a small group of our office colleagues. However, while binge-watching among a large group of friends and in more spacious rooms, it was not the same. So in terms of loudness, I would’ve liked if it had a little bit more than it already is.

And talking about the audio quality, I quite liked its performance on the bass part. You can feel the beats. And all thanks to the four passive radiators. If Xiaomi had managed to include sub-woofers instead of the passive radiators, it would’ve been even better. Maybe it was to keep the prices low. And that’s understandable.

However, treble and mids do not sound as polished. By that, I don’t mean the lyrics or the music or dialogues of the movies cannot be heard properly. But you won’t find it smooth as the way bass sounds. And that’s more pronounced while playing the treble-heavy songs in high volume. I don’t particularly recommend the users to play music from MI Soundbar at high volume since the audio starts getting distorted near maximum values. And for the audiophiles, who are more into the wireless technology, the Bluetooth can be the go-to connectivity option. Such users need to understand that music plays via the A2DP audio profile while connecting the soundbar through the audio means. Since A2DP doesn’t deliver high-quality and uncompressed audio like the aptX, you can expect some degradation in the quality. So if the quality of sound is really crucial for you, you better use the wired means.

From the budget point of view, MI Soundbar is a decent performer and delivers louder audio than most of the slim TVs out there. You can also find better audio quality and depth in music that a modern-day TV delivers. But while comparing it with the high-quality soundbars and bigger sound-boxes, it’s a no match for the competition. So if you are looking for a budget-friendly way to enhance your TV viewing experience, MI Soundbar is undeniably a good option. But if you are not ready for any sorts of compromises, you should definitely get the Surround Sound System or a good Home Theatre System.

Laxmi Bank’s Smart FoneLoan lets you borrow loans up to 2...