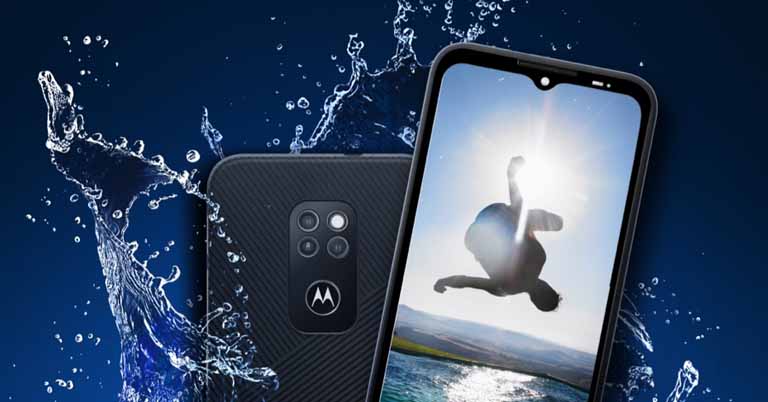 Motorola is reviving its Defy series of smartphones after almost a decade of dormancy. It will now host a new lineup of rugged phones. For this, Motorola is collaborating with Bullitt, the company behind Cat phones. The first entry to come out of this partnership is Motorola Defy (2021). Here, we will discuss the key specs, features, expected price in Nepal, and availability of Motorola Defy (2021).

As mentioned earlier, this phone has a rugged design. However, from the inside, it is a lot like the Motorola G9 Play that is already available in Nepal.

To start with, Motorola Defy features a 6.5-inch HD+ screen. It is protected by a thick layer of Corning Gorilla Glass Victus. The phone has a waterdrop notch on the top and has substantial bezels. It is usable even with wet fingers.

Moving on, Motorola Defy has a rugged plastic build. The company has sealed the housing twice to avoid water damage. The phone is IP68 certified and thus, can survive in water of 1.5m depth for up to 35 minutes. In addition, it has military-grade certification (MIL-SPEC 810H) against extreme temperature, vibration, and tumbles. Motorola says that Defy can survive a drop of up to 1.8m.

Under the hood, it packs Qualcomm’s Snapdragon 662 processor. This silicon is based on the older 11nm process and features 4x Cortex-A73 and 4x Cortex-A53 CPU cores. The chipset is paired with 4GB of RAM and 64GB of internal storage. Users can expand the storage by using an external MicroSD card.

The square camera bump at the back houses the triple camera setup. Its 48MP primary camera shoots 12MP photos by default using 4-in-1 pixel binning. Accompanying it are two 2MP auxiliary lenses for macro and portrait shots. 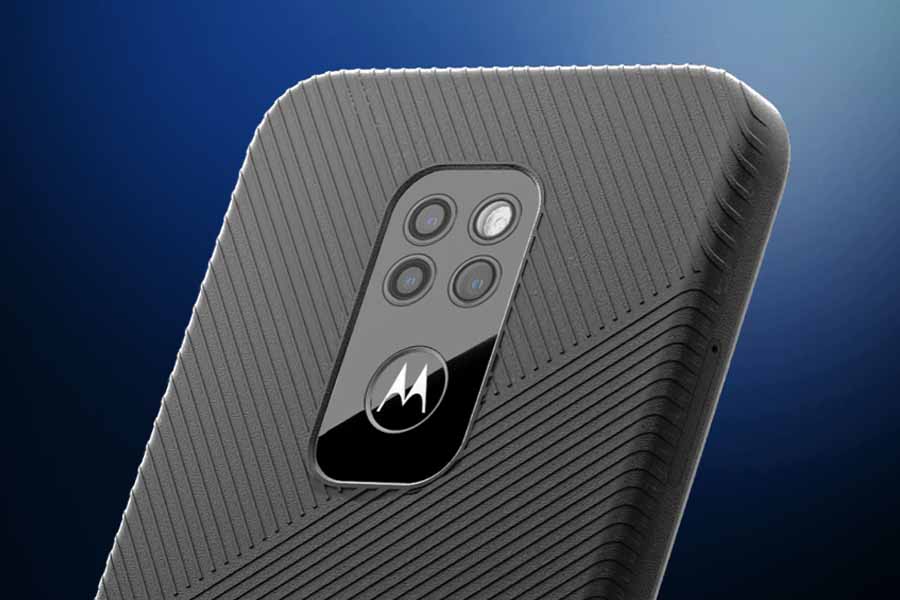 On the front, there is an 8MP shooter for selfies and video calls.

Fueling the phone is a 5,000mAh cell, which supports 20W TurboPower charging over the Type-C port. Motorola is claiming up to 2 days of battery backup on this phone.

The company is also targeting enterprise-grade customers with Defy (2021). The phone is part of the Android 10 Enterprise program and supports features such as zero-touch for mass deployment and management. There is also a programmable shortcut key with “Push to Talk” mode.

Motorola Defy 2021 will be available in select European and Latin American markets within the next few weeks for the price of EUR 329. There is not much demand for rugged smartphones in Nepal. Still, if Motorola Defy (2021) makes its way into Nepal, we expect its price to be NPR 42,000.