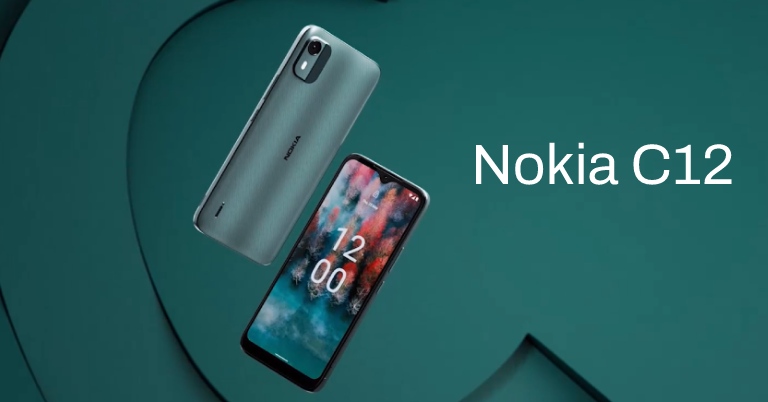 Nokia kicked off this year with a budget-centric Nokia C12. The device is the latest addition to the company’s C-series and serves as the successor to the Nokia C10, which made its debut in 2021. So let’s get into the specs, features, availability, and expected price of the Nokia C12 in Nepal.

The C12 is smaller and lighter than most of the previous C-series phones. It’s centered on a 6.3-inch HD+ display with a 20:9 aspect ratio. And it is powered by a 3000mAh battery, which is surprisingly user-removable. As a result, it’s relatively light at only 177 grams, but it’s a little thick at 8.75mm. Regardless, the screen is covered by toughened glass against accidental drops and scratches.

Design-wise, it has a small camera module on the back with a textured finish for a comfortable grip. Also, the smartphone is IP52 certified for dust and water resistance. The Nokia C12 is available in three colors: Charcol, Dark Cyan, and Light Mint.

In charge of things inside is an octa-core Unisoc SC9863A1 processor. Based on the 28nm process node, the SoC has eight Cortex-A55 cores (4x 1.6GHz + 4x 1.2GHz) and a PowerVR IMG 8322 GPU. Since this is not a powerful SoC, Nokia has preloaded the smartphone with the Android 12 Go edition. 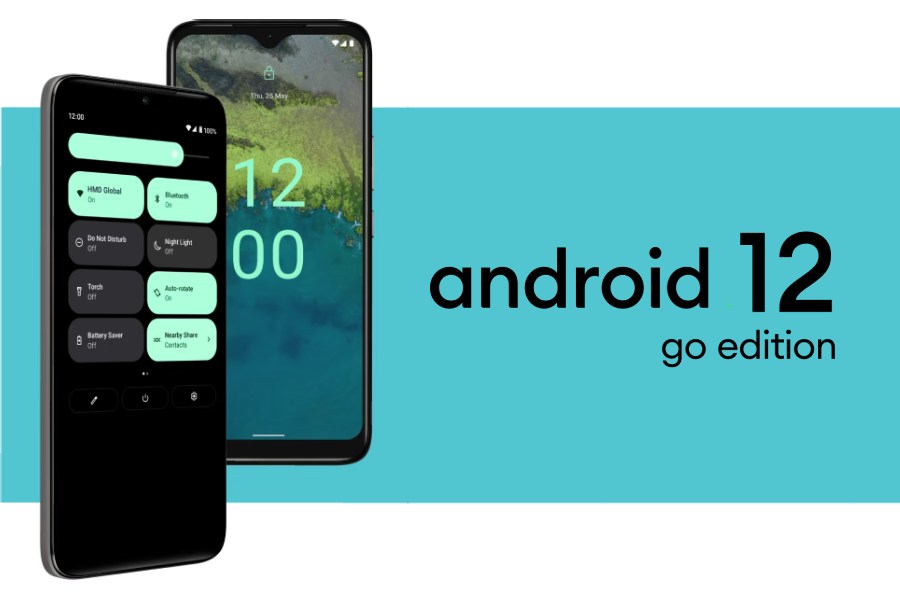 For starters, the Go edition of Android is a lightweight version of the stock OS designed for an entry-level smartphone with limited resources. There is also a set of apps designed specifically to run on low-end hardware, such as Google Go, Google Maps Go, and others.

Memory-wise, it comes with 2GB of RAM and 64GB of eMMC 5.1 storage. You can add 2GB of RAM virtually and expand the storage with a microSD card. Not to mention that Nokia has promised the phone two years of quarterly security updates.

Moving on to the cameras, the back has a single 8MP lens with an LED flash. You get a 5MP selfie shooter on the notch. The front-facing camera also supports Face unlock, but there is no fingerprint scanner for physical biometrics. Connectivity options include 4G VoLTE, WiFi, Bluetooth 5.2, GPS, dual SIM, a 3.5mm audio jack, and a micro USB port. The latter is capable of 5W charging.