Last year’s Red Magic 5G was the first smartphone to feature a 144Hz screen. This year, Nubia has taken it to next level by announcing the world’s first smartphones with a 165Hz refresh rate under the Red Magic 6 series. In this post, we will be taking a look at the specs, features, expected price, and availability of the Nubia Red Magic 6 & 6 Pro in Nepal.

Red Magic 6 series features a 6.8-inch AMOLED panel with support for up to 165Hz refresh rate. The company has collaborated with Qualcomm to make this a reality. The refresh rate is also adaptive meaning the phone will adjust it based on the content on the screen. It can drop to as low as 30Hz when static content is on display. Similarly, Nubia has optimized its UI so that users can enjoy 120Hz in menus and apps. The 165Hz smoothness kicks-in in select games. There is also this technology called “Touch Choreographer” which that adds frames in-between to increase the frame stability.

More about the display

Nubia has used an FHD+ AMOLED panel. Its 2400 x 1080 pixels results in a 20:9 aspect ratio. The phone has slim bezels around the screen but still manages a screen-to-body ratio of 91.28%. The display covers 100% of the DCI P3 color field and has a contrast ratio of 1000000:1. As you would expect, the screen has an optical fingerprint scanner beneath it. 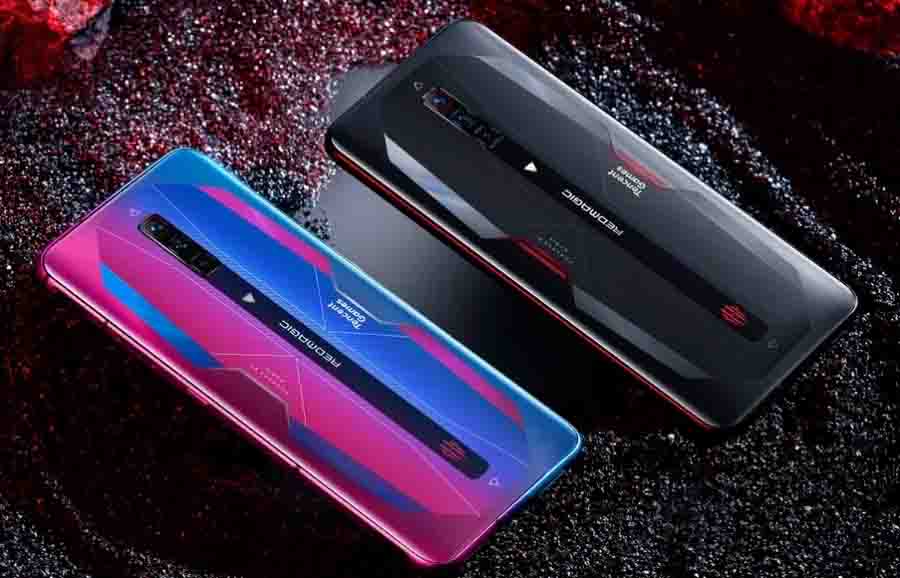 Red Magic 6 series is powered by Snapdragon 888 chipset. The chipset is based on Samsung’s 5nm process and boasts a maximum single-clock frequency of up to 2.84GHz. The graphics are handled by Adreno 660 GPU and users get to enjoy Qualcomm’s third-gen Snapdragon Elite gaming features. The phone comes with 8/12/18GB of LPDDR5 RAM and up to 512GB UFS 3.1 internal storage. 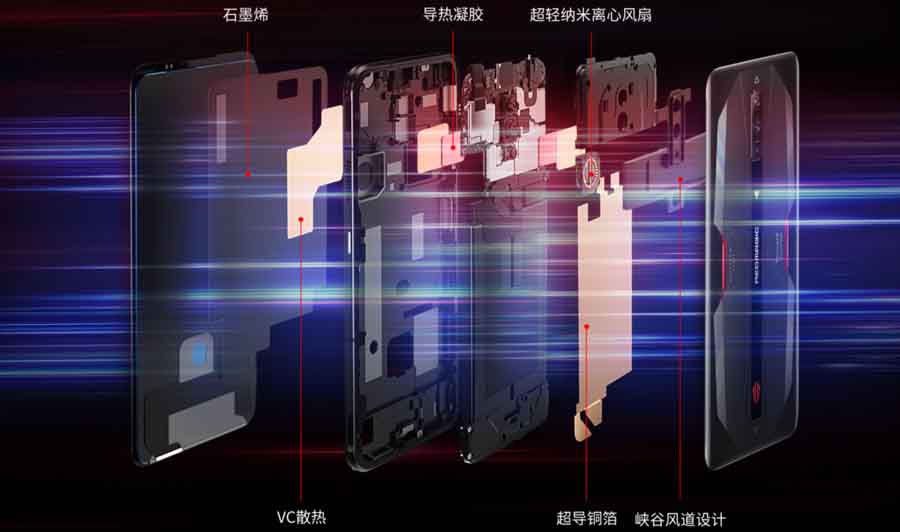 Nubia’s ICE 6.0 technology is responsible for keeping the temperature of the phone down. It consists of a 6-layer multi-dynamic cooling system. The built-in centrifugal fan can rotate at a speed of 18000RPM. The blades are just 0.1mm thick. Similarly, the cooling system makes use of copper foil, thermal gel, graphene, and VC sheet. Nubia claims that this setup can reduce the temperature by up to 16-degree Celsius.

You can cast the content of your screen to a bigger display in a number of ways. One way to do so is by using a USB direct-link screencast. As per the company, you can achieve desktop-level fps manipulation with this. You can even cast your screen using a wireless medium. Similarly, Nubia says it has worked on picture rendering enhancement technology for users who like to stream their live gameplay.

Fueling the Red Magic 6 is a 5050mAh battery with support for 65W fast charging. On the other hand, the Pro model features a 4,500mAh battery but with a faster 120W charging technology. The two phones feature Nubia’s third-gen shoulder buttons with a touch sampling rate of 400Hz. 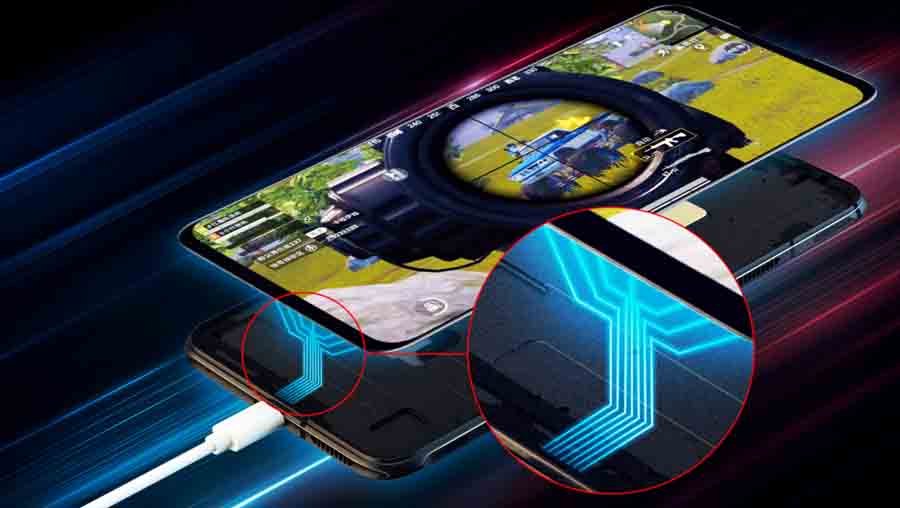 The triple camera setup on the back consists of a 64MP primary camera accompanied by an 8MP ultrawide sensor and a 2MP macro sensor. 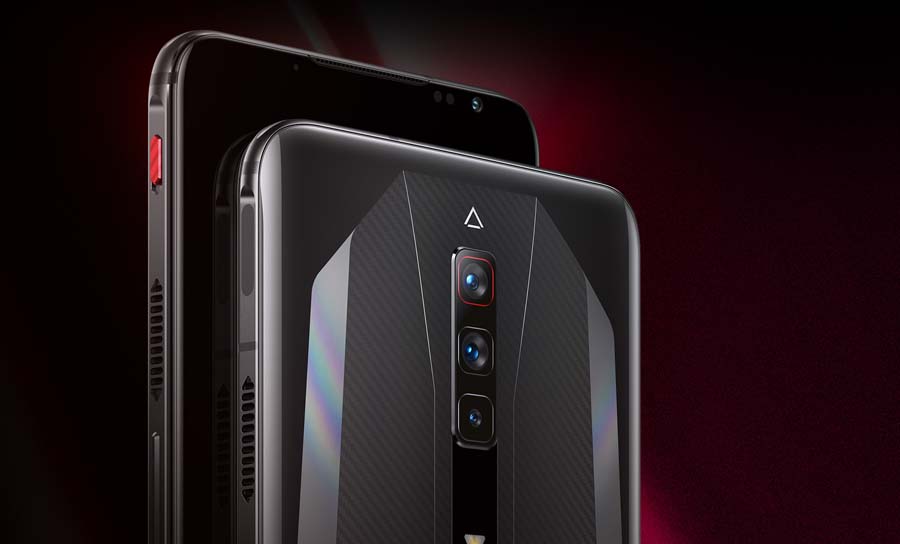 Other features include a 3.5mm headphone jack, dual-stereo speakers, and DTS:X Ultra audio.