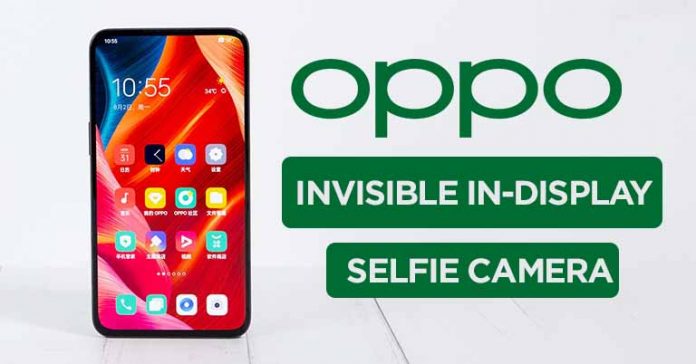 Oppo was the first to showcase the under-display camera (UDC) technology in 2019. Two years on, the technology has not matured enough to be viable for commercial products on a wide scale. That could soon change with the latest under-screen camera technology from Oppo, which the company claims solves all the issues of previous-gen solutions.

Oppo announced its newest under-display camera technology via a press release. This development is a result of the latest display hardware combined with a proprietary AI algorithm.

You could notice the dip in resolution and unusual texture above the under-screen camera in previous technologies. Oppo has addressed this issue by making changes in the pixel arrangement and circuitry. To maintain uniform sharpness throughout the screen, the company has reduced the size of individual pixels. This allows the screen above the under-display camera to have a high pixel density of 400 PPI – the same as the other portion of the screen.

Oppo has also moved from the industry-standard 1-to-2 to a new 1-to-1 pixel circuit. While a pixel circuit drove 2 pixels in the past, it will only drive one pixel under this.

This, when combined with Oppo’s AI solution, helps in better control of color brightness of individual Red, Green, and Blue diodes within a 2% deviation.

According to the company, this combination also increases the durability of the screen by up to 50%.

Oppo may have fixed the screen issues, but enthusiasts are still skeptical of the imaging screen. Other factors kept constant, a high-res screen has lower light transmittance, which could result in blurry selfies and glares. Oppo has turned to US Research Institutes to combat these problems.

An AI diffraction reduction modeled trained using tens of thousands of images will keep diffraction in check. Together with other HDR and Auto White Balance algorithms, Oppo says the selfies from its latest under-display camera will turn out clear and natural.

The proposed standard for under-display camera

If you didn’t already know, Oppo is not the only brand working on under-display selfie camera phones. As such, the company has proposed standards for the under-screen camera to International Electrotechnical Commission (IEC). It includes 7 different key-performance metrics – transmittance, reflectance, uniformity, gamma correction, color shift, and brightness decay.

As mentioned earlier, several brands are working on under-display camera phones. ZTE has already launched two commercial phones (Axon 20, Axon 30) with this tech so far. Additionally, Samsung will launch its first phone with a UDC on August 11. The upcoming Mi Mix 4 is also said to have an invisible under-display camera solution.

Thus, it looks like Oppo is trying to get people talking about its innovation before Mi Mix 4 and Galaxy Z Fold 3 steal the limelight.