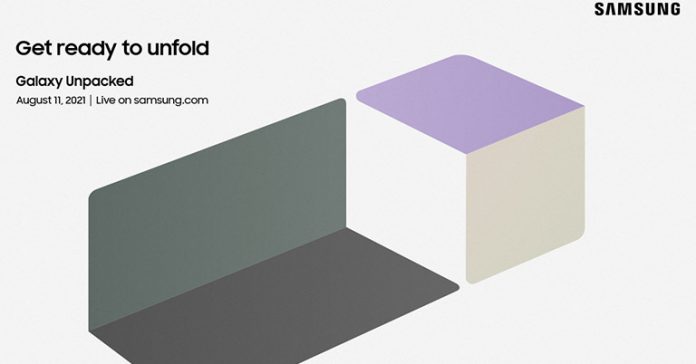 It is the second Galaxy Unpacked event for 2021. Samsung took it to stage back in January event to unveil the S21 series. While the second Unpacked event used to be all about the Note series, this time, it is the foldables that will be taking the center stage.

Like I mentioned earlier, Samsung will host the Unpacked event on August 11, which is more than a month away. The date was first leaked by Samsung Russia’s official site—which was quickly taken down. And now, Samsung has corroborated the information with an official announcement.

The poster has two abstract shapes representing the upcoming Z Fold 3 and Z Flip 3. One can also guess the color variants of the phones from the pictures as well. In addition, Samsung is also launching multiple wearables, including the upcoming Galaxy Watch 4 and Galaxy Buds 2.

How to watch Samsung Galaxy Unpacked Event 2021 from Nepal?

The event in question will be a virtual one, of course. Its live stream will start at 10 AM EDT (7:45 PM in Nepali Time). You can watch the event by visiting this link. We will also be covering the products unveiled at the event, so stay tuned.