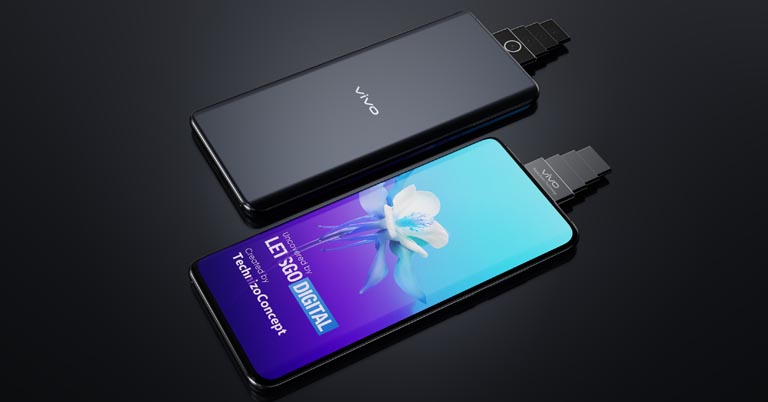 Vivo is a company that has a history of incorporating innovative ideas into smartphones. It was the first brand to use an in-display fingerprint scanner, gimbal-stabilized camera, pop-up camera, and more. Vivo is now working on a smartphone with a pyramid-like pop-up camera mechanism for high-multiple zooms.

LetsGoDigitial was the first to report about Vivo’s latest innovation. According to the report, the company has already filed a patent at WIPO under the “Camera module, electronic device and camera module control method.” As per the patent, the new pop-up camera will allow high-multiple zooms, which the company says, is not possible in today’s phone.

There are also multiple concept images of the technology. They reveal four lenses stacked on top of another, forming a pyramid-like structure with a tapering top.

Unlike the pop-up cameras we have seen so far, the lenses here face the rear side of the phone. Here, multiple lenses overlap with each other to offer a wide range of optical zoom. 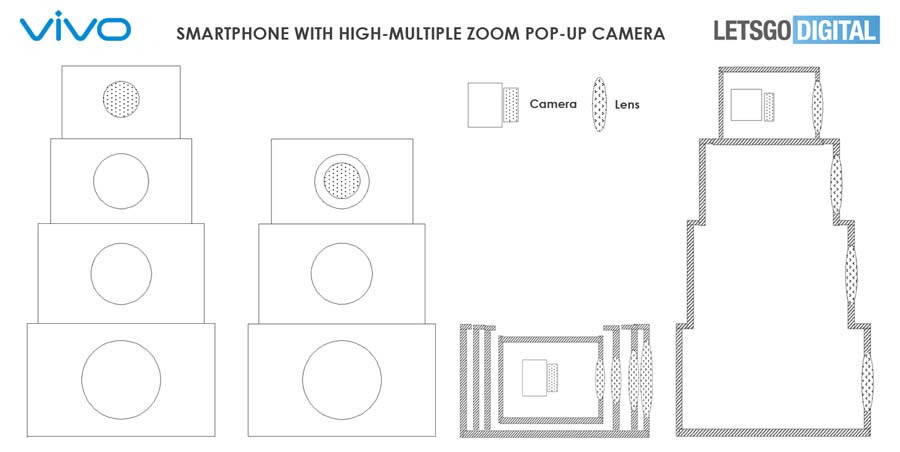 The patent doesn’t reveal the magnification factor of the structure but states that it will be greater than what smartphones are capable of these days.

The number of cameras in a smartphone at the back has increased over the years. As such, a pop-up mechanism can help keep the rear panel clean.

On the other hand, durability is an issue with any pop-up mechanism. Moving components like motors used in pop-up cameras wear down with time. On the other hand, they also put stress on the battery. These are some of the key reasons the industry quickly resorted back to notch and punch-hole cutouts for front-facing cameras.

The deal with these crazy smartphone ideas

As of now, Vivo’s multiple high zoom pop-up camera is limited to patent. Smartphones brand are known to file patents for every new idea they have. The majority of these patents do not even make it into the prototype phase. The ones making it into a commercial product are even less. 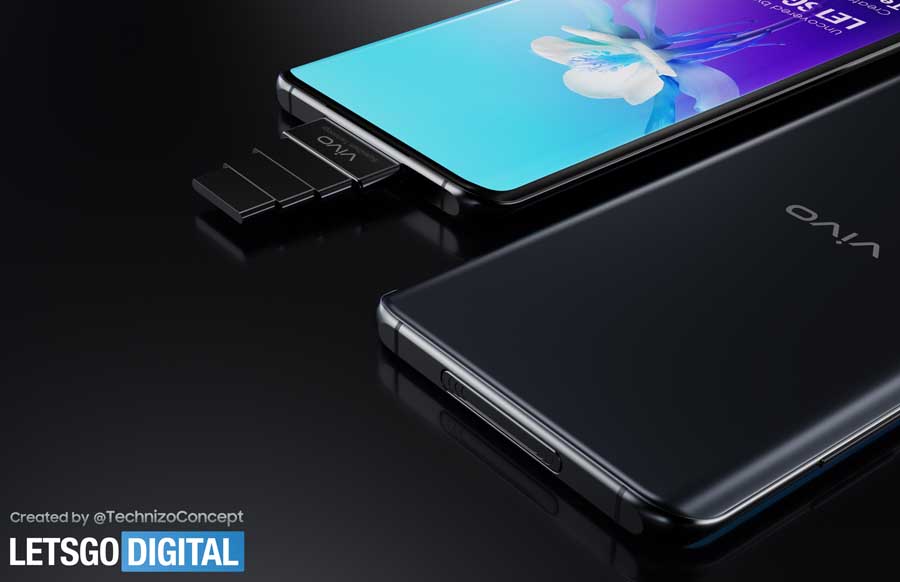 Let’s take the example of Vivo. Earlier, it was reported that it is working on a detachable drone smartphone camera. However, there is no progress in the story since then.

Moving on, some of the “crazy ideas” that have made it to actual products have been more of a marketing gimmick than a practical implementation. So, we’re not sure how to feel about the Vivo high-multiple zooms patent just yet.