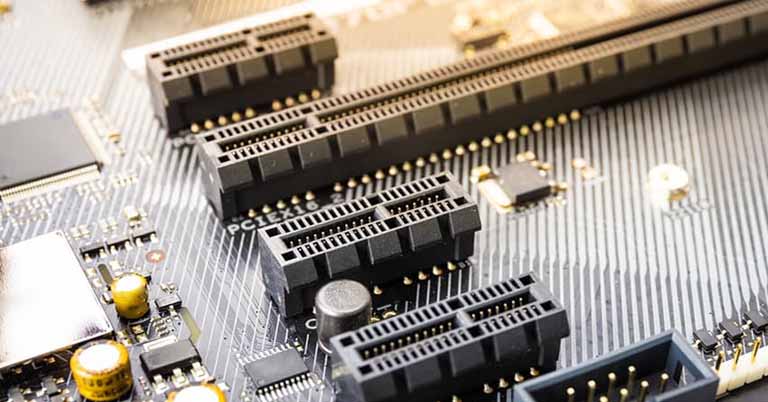 Although PCIe 5 has just arrived with Intel’s 12th gen Alder Lake processors (AMD has also announced PCIe 5 support for the Ryzen 7000 series), the specifications for PCIe 6 have already been finalized.

PCIe (Peripheral Component Interconnect Express) is a serial expansion bus standard that connects a computer to one or more peripheral devices. Because it has reduced latency and faster data transfer rates, PCIe is now the standard employed by computer makers.

The first generation of PCIe was launched in 2003. And now, the PCI Special Interest Group (PCI-SIG) has announced the completed specifications for the next-generation PCIe 6. 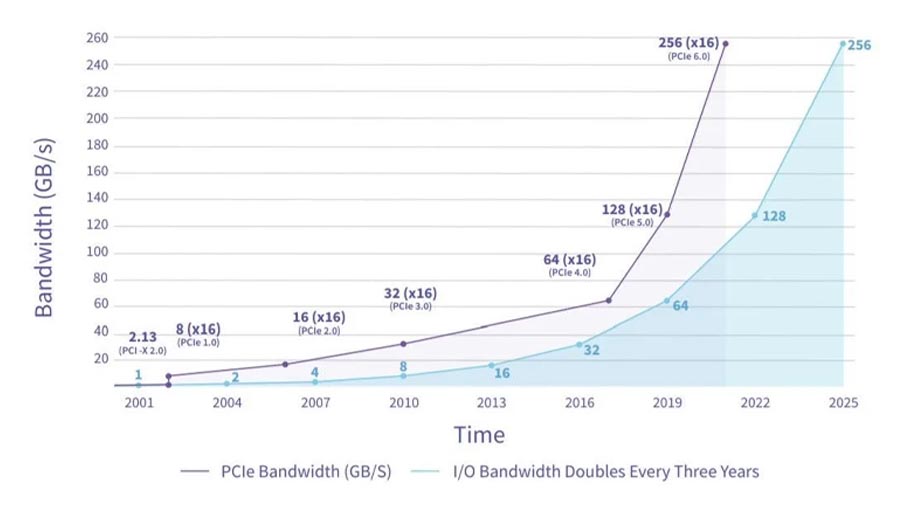 The new edition increases the bandwidth rates across all slots by a factor of two. The x1 connectors can transfer up to 4GB/s on PCIe 5 to 8GB/s on PCIe 6. Similarly, in full-duplex mode, the x16 slot has a maximum speed of 256GB/s. Furthermore, the raw data transfer speed has risen from 32GT/s (Giga Transfers per second) on PCIe 5.0 to 64GT/s on PCIe 6.0.

This boost in speed is due to the use of a new signaling method known as PAM4 (Pulse Amplitude Modulation with 4 levels). Not only does it deliver faster speeds, but it also allows for low-latency operation.

As you’d expect, it’s also backward compatible with all previous PCIe versions. This enables any current hardware that adheres to older requirements to function on PCIe 6.0 hosts.

As mentioned in the beginning, PCIe 5 components like SSDs are just beginning to get mainstream. Samsung and Adata have just teased their first PCI 5.0 SSDs, which are also aimed at enterprise customers. So there is plenty of time for PCIe 6 to enter the market.

Furthermore, while Intel’s 12th-generation desktop chips enable PCIe 5.0, its new mobile CPUs are limited to PCIe 4—a move designed to keep the costs down. Thus, the first PCIe 6 hardware is unlikely to be available for another 12 to 18 months.