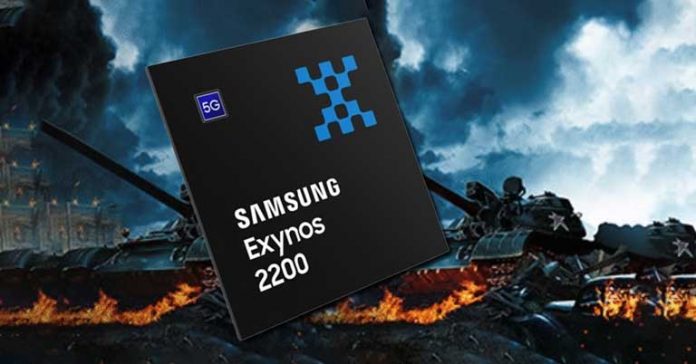 Samsung has just confirmed that its upcoming flagship chipset will have ray tracing capability. The confirmation comes from Samsung’s blog post on the Chinese microblogging platform Weibo. Here we will be taking a look at ray tracing and other major features that will be debuting on Exynos 2200.

In case you are unaware, ray tracing is a graphics rendering technique that mimics the real-life behavior of light in games. The end result is more realistic graphics with impressive reflections. Basically, we have dedicated hardware (or ray accelerators) rendering shadows, reflections, and highlights more accurately.

Samsung has shared an image showcasing the difference between the output from normal GPU and its GPU with ray tracing. As you can see, the reflection of flames at the bottom of the tank seems more realistic on the right. Also, the house in the background has better luminance on the ray-traced image. 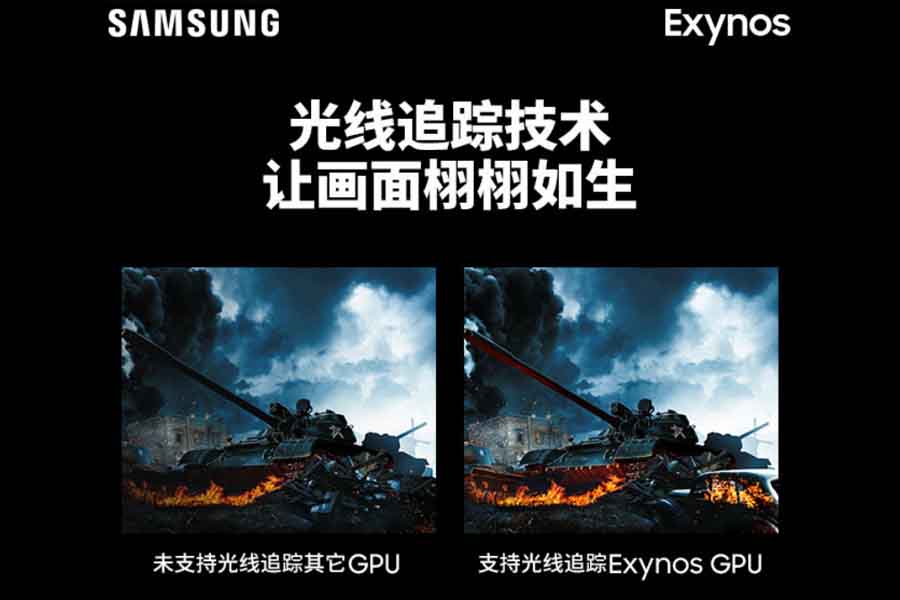 That being said, it’s unsure if mobile games will support this feature. For ray tracing to work, games should also be designed to take advantage of it. For reference, ray tracing is just starting to pick up momentum in the PC game industry despite the technology debuting in 2018.

Another feature to highlight is Variable Rate Shading (VRS). It is already available on Qualcomm’s Snapdragon 888. This feature reduces the workload on the GPU by varying the shading rate of different regions of the frame. It helps in boosting the graphics rendering speed. Like with ray tracing, VRS could go to waste if game developers do not tap into the technology.

Samsung can integrate these features in its chipset because of its partnership with AMD. Earlier in this year’s Computex, AMD’s CEO Dr. Lisa Su confirmed that Samsung will be using its RDNA-2 GPU microarchitecture on its next Exynos chipset.

RDNA 2 was unveiled last year, and it brings tons of new features compared to the first-gen RDNA architecture. It features hardware-accelerated ray tracing, which is a first for Radeon graphics. It has already been tested in desktops, laptops, current-gen gaming consoles, and this will be the first time that RDNA 2 will be available on smartphones.

For the past few years, Samsung has been heavily criticized for sticking to its in-house chipset when it is clearly behind its Qualcomm counterpart, especially in terms of GPU and power efficiency. With Exynos 2200, fans are expecting a turn-around thanks to its AMD backing.

While we do not have an exact launch date, it is possible that the next-gen Exynos chipset (most probably called Exynos 2200) with AMD RDNA 2 graphics will be official towards the end of the year. Phones with the new chip will only start shipping from next year.

We will learn more about its features during the Samsung briefing, which will take place before the launch.