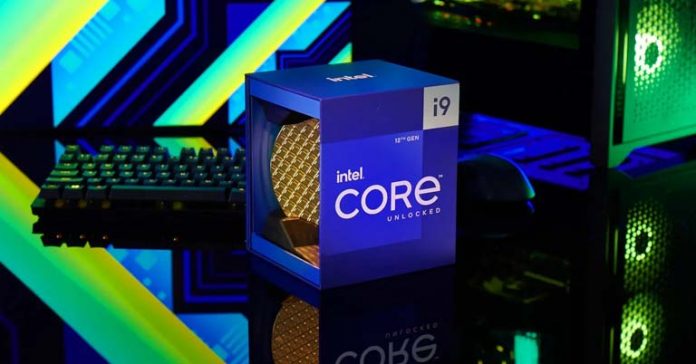 Intel announced the new 12th gen Alder Lake desktop processors back in October. The CPUs under this lineup are fabricated under a yet-again refined 10nm process called “Intel 7”. These processors are now starting to make their way into the Nepali market. So, let’s get into the specs, features, price, and availability of Intel 12th gen Alder Lake CPU in Nepal.

Contrary to the previous generations, the Alder Lake CPUs from Intel feature a hybrid architecture. Intel has introduced two types of CPU cores: Efficient (or E-cores) for insignificant background activities and Performance (or P-cores) for demanding workloads.

Intel’s new-gen chips combine the power of high-performance and efficiency cores and are optimized for Windows 11 to yield improved performance. The company announced its high-performance K and KF series of processors in 2022, while the rest of the entries have just been announced at CES 2022.

If you don’t already know, the “F” suffix in these CPUs means they lack an integrated GPU. That is you need to pair them with discrete graphics for display output. Similarly, you can also notice the “K” suffix, the presence of which means that the particular CPU can be overclocked. Intel has even introduced processors with the T suffix with lower TDP than other SKUs.

Here, each processor has a number of performance cores (P-cores) and efficiency cores (E-cores). Starting with the i9-12900K, it has a total of 16-cores (8 P-cores, 8 E-cores) and 24 threads and can reach a clock speed of up to 5.2GHz using Intel’s Turbo Boost Max 3.0 technology. Intel promises a 19% performance boost in comparison to its 11th gen CPUs. Alongside the 12th gen CPUs, Intel has also announced the new 600 series chipset. Alder Lake uses the new LGA 1700 socket (replacing LGA 1200) and therefore requires a new motherboard. Here, if you’re looking for the most capable chipset to overclock the new CPUs, then MSI, Asus, Gigabyte, and other manufacturers have already announced Z690-based motherboards.

Intel is also altering how it defines power usage in its CPUs. Since the turbo mode demands more power, Intel’s current basic TDP can’t reflect this. As a result, the 12th gen CPUs will have Processor Base Power (Base) and Maximum Turbo Power (Turbo) measures.

For instance, the i9-12900K’s Performance Base Power is set at 125W, while the Turbo Power is 241W. This means that systems employing this CPU will be able to boost up to 241W of power. For reference, the consumption of “K” and “KF” chips is shown below.