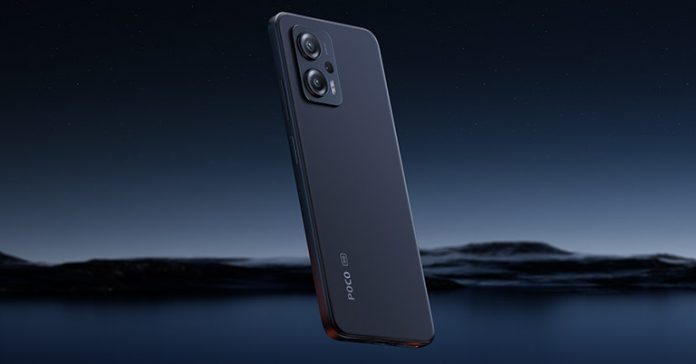 In its June 23 event, Poco just revealed two new smartphones. We have already covered the Poco F4 5G in one of our other posts, and here we will be summing up the specs, features, availability, and expected price of the Poco X4 GT in Nepal.

Poco X4 GT is the second device in the latest X4 lineup with Poco X4 Pro 5G being the first one. As the rumors suggested, the Poco X4 GT is nothing but a global variant of Redmi Note 11T Pro. The latter has been a China-exclusive phone since its launch last month.

As with the majority of Xiaomi’s launches under the Redmi and Poco brands, Poco X4 GT follows a flat edge design language. It still has round corners and a slight curve at the back for a comfortable hold. The back features a rectangular camera bump similar to newer Realme phones. Over on the front, the phone features a 6.6-inch LCD screen with DCI-P3 coverage. The screen boasts a 144Hz refresh rate and 270Hz touch sampling rate. Furthermore, it also packs advanced features like DC Dimming, HDR10+, and Dolby Vision.

MediaTek’s Dimensity 8100 chip handles all the workloads from underneath. Poco has also included a 7-layer heat dissipation structure to keep the chip from running hot. Poco X4 GT pairs the high-end 5nm chip with 8GB of LPDDR5 RAM and 512GB of UFS 3.1 storage.

On the photography front, Poco X4 GT comes with a triple camera setup headlined by a 64MP sensor. The primary camera churns out 12MP photos by default by combining four small pixels in one.

Accompanying it is an 8MP ultrawide sensor with a 120° Field of View. Finally, there is a 2MP sensor for macro photography.

Poco has included a 16MP selfie shooter on the front that supports 1080p videos. Likewise, the rear camera is capable of shooting 4K videos.

Poco X4 GT gets its juice from a 5,080mAh battery that can handle 67W fast charging. Furthermore, it boots on Android 12 with MIUI for POCO on top. The power button on the side doubles as a fingerprint scanner for added security.