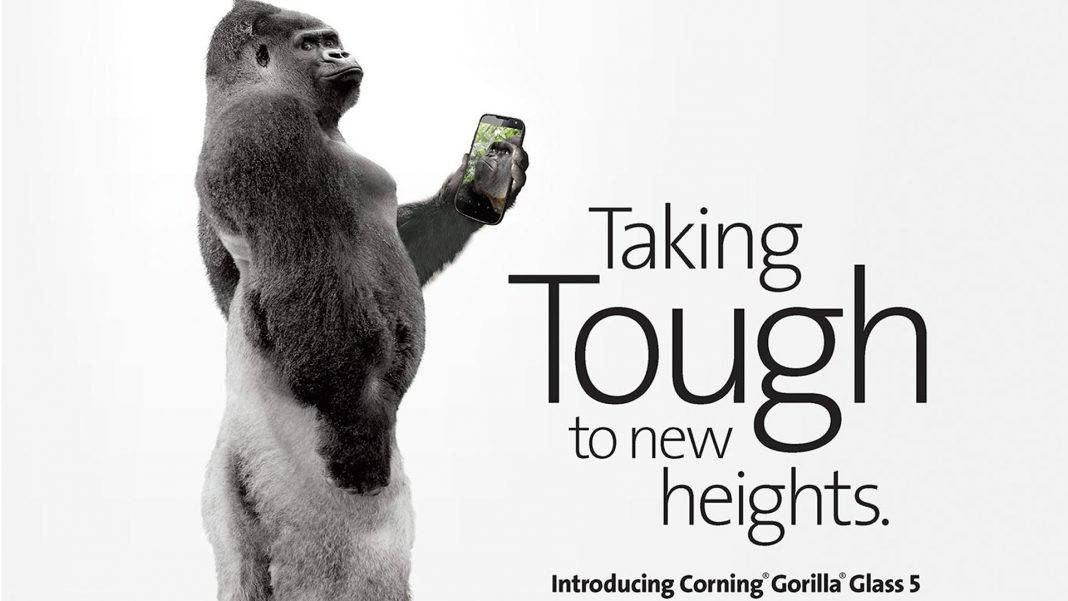 Gadgets are used the most these days which are all strong and premium in terms of design, but the most fragile part of these devices are its display which is easily scratchable and breakable when dropped. Most often we need to put an extra layer of protection in tempered glass, but these glasses make the brightness and touch sensitivity of the phones poor. Recently, the American Company Corning has launched the latest iteration of Gorilla Glass called as the Corning Gorilla Glass 5 that aims to be the toughest while maintaining optical clarity, touch sensitivity, and damage resistance.

The GORILLA glass 5 delivers an up to four times improvement in drop height to failure and can survive drops up to 1.6 meters (which just happens to be the global human height average), up to 80 percent of the time.

Corning Gorilla Glass is used in many products which are common these days like Smart Phones, Smart Watches, Tablets, Laptop etc.  According to rumors, the device which will be featuring the Corning Gorilla Glass 5 for the first time will be the new Samsung Galaxy Note 7 which is scheduled to launch on August 2, 2016.