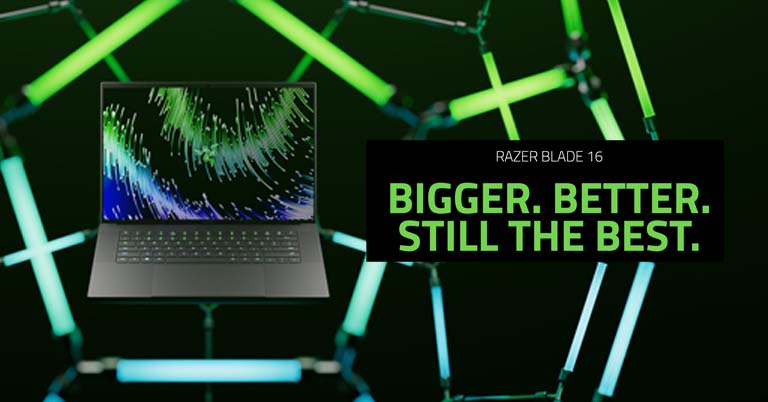 Razer took the stage at the ongoing CES 2023 to announce the new generation of Blade gaming laptops. Unveiled at the event are the new Blade 16 and Blade 18 — both new addition as Razer only offered 15” and 16” models prior to this. In this article, we will be discuss the Razer Blade 16 in more detail, including the specs, features, expected price and availability in Nepal.

The main highlight of the new Razer Blade 16 is the dual-display mode. This gaming laptop comes with a 16” Mini LED screen with switchable resolutions and refresh rates. You can switch between 240Hz FHD and 120Hz 4K modes. The latter even boosts the peak brightness to 1000 nits, up from 600 nits on the former. So, the 4K mode will come in handy in content creation, while the FHD mode will give users an edge in competitive gaming.

However, the dual-display mode is available in select configurations. For the most part, Razer Blade 16 will ship with a 16” QHD+ IPS screen with 240Hz and a 16:10 aspect ratio. The screen still covers 100% of the DCI-P3 color gamut and has a peak brightness of 500 nits. It may not sound as exciting as the Mini LED version, but it isn’t a bad option either. Despite having a bigger 16:10 display, the new Blade 16 is not considerably bigger than last year’s Blade 15. It has almost the same width but is 5mm thicker and slightly heavier at 5.4 pounds. It comes in a CNC-milled aluminum chassis with an anodized finish on top. The laptop even has the iconic Razer logo on top of the matte black aluminum.

The ports are distributed on the two sides. On the right, there is a Thunderbolt 4, a USB 3.2 Gen 2 Type-A, an HDMI, a MicroSD card slot, and a Kensington security lock. On the other side, Razer has included two USB-A, one USB-C, a combined audio jack, and a power-in. 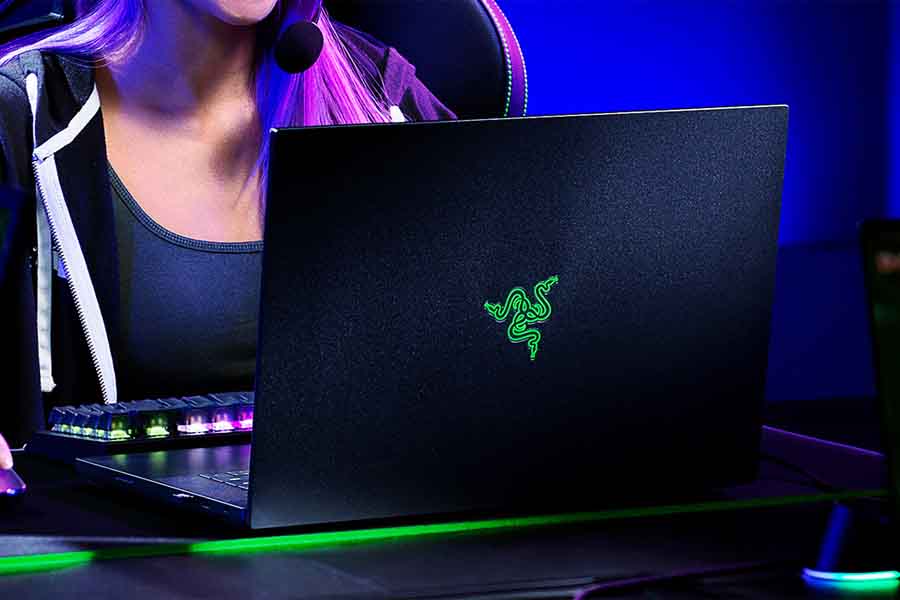 Feuling the new Razer Blade 16 is a 95.2Whr battery, and it ships with a 280W GaN power adapter. For audio, it has a quad-speaker array consisting of two tweeters and two sub-woofers. The FHD webcam has an IR sensor for Windows Hello authentication and a privacy shutter. For inputs, you get a per-key RGB N-key rollover keyboard with Razer Chroma and a Windows Precision touchpad.

The new Blade 16 will be available for purchase through Razer’s official site from Q1 of 2023. The price starts at USD 2,699.99. It is not clear if it will be available in Nepal. We will update you with the exact specifications, features, official price, and availability if Razer Blade 16 launches in Nepal.