Acer has lifted the curtains of the new Nitro gaming laptops at the ongoing CES 2023—packed with the latest 13th Gen Intel processors and RTX 40-series GPUs. In this article, we will discuss the specs, features, expected price, and availability of the Acer Nitro 2023 (16” and 17”) in Nepal.

Before we start talking about the new hardware, we must talk about Acer’s new convention. As usual, the Nitro brand is home to the company’s budget gaming lineup. That said, Acer has gotten rid of the Nitro 5 and Nitro 7 moniker and is representing the new gaming laptops by their display sizes.

The new Acer Nitro gaming laptop (2023) comes in two screen sizes: 16” and 17.3—Nitro 16 and Nito 17, respectively. The Acer Nitro 16 replaces the 15.6” model from last year. It now has a 5% larger screen with options for WUXGA and WQXGA resolution. Likewise, it refreshes at 165Hz refresh rate with support for Advanced Optimus.

On the other hand, the Nitro 17 (2023) is available with a 144Hz FHD or a 165Hz QHD screen. While the overall design of the screen is pretty much the same across the two models. You get an all-plastic body on both— with the 17’” being a bit larger. The chassis weighs around 3 kg and measures 28.9mm at its thickest point. 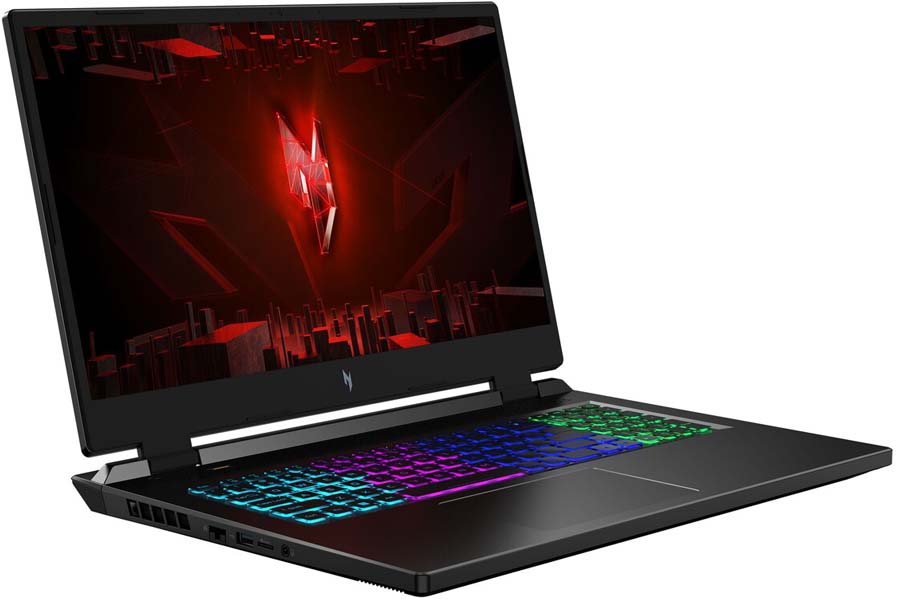 Inside of the new Acer Nitro series (2023), you get the latest 13th Gen Intel Core processors from Intel paired with the newly announced RTX 40-series mobile GPUs. Acer has not detailed the CPU option on either the Nitro 16 or Nitro 17 (20230, but says the latter will come with up to Intel Core i7 HX processor. This could be on the Core i7-13700HX and Core i7-13650HX.

The new Acer Nitro 16 and 17 (2023) come pre-installed with NitroSense software to monitor their gaming laptops’ performance metrics and adjust them. There is also a dedicated NitroSense Key as well. Users get a 4-zone backlit keyboard on both 16” and 17” models. Acer is also giving away month-long access to Xbox Game Pass for free with the Nitro 2023 series in the US. 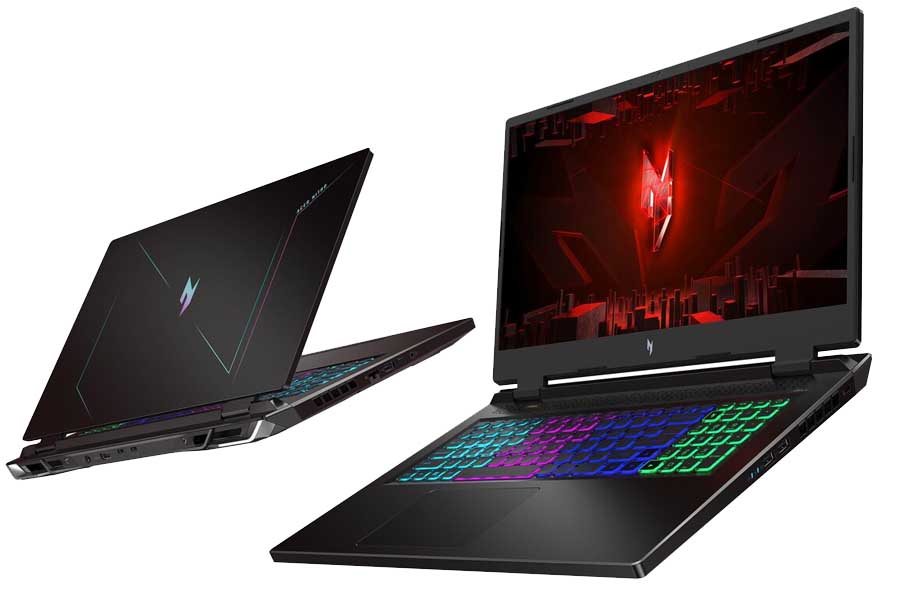 As for connectivity, the Nitro 2023 series boasts an HDMI 2.1, an ethernet, two Thunderbolt 4, three USB 3.2 Gen 2 ports, and a MicroSD card slot. Other highlights include Intel Killer 6 Wi-Fi, stereo speakers with DTS:x, and an HD webcam.

The price of the new Nitro laptops will start at USD 2000, and they will go on sale starting in May. We will update this article with the exact price, official price, and availability of the Acer Nitro 16 and Nitro 17 (2023) once they make their way into Nepal.