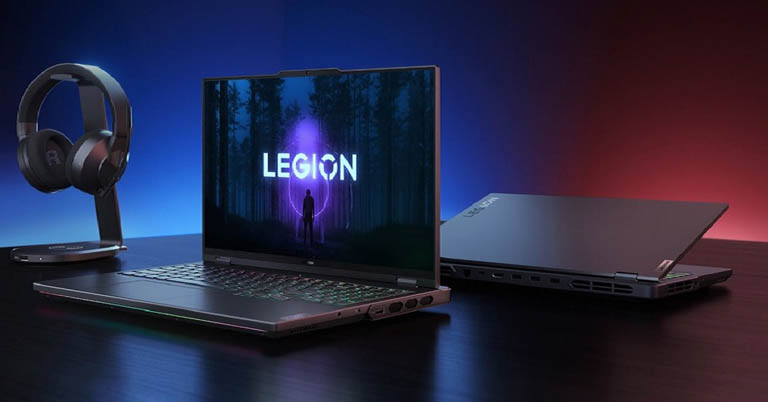 There are two models under the Legion Pro 7 gaming series: Legion Pro 7 and Pro 7i. The former is an AMD-variant powered by the new Ryzen 9 7945HX. The “i” in the Pro 7i stands for Intel, and it is powered by the latest 13 Gen Raptor Lake mobile processor. Unlike the AMD version, you do get to choose the CPU here, as Lenovo ships the laptop in Core i9-13900HX and Core i7-13700HX variations. That aside, the new Legion Pro 7 series (2023) features a MUX Switch to connect the GPU directly to the display—avoiding the latency and performance drop brought by having the integrated GPU in between. This dedicated GPU mode will ensure a better gaming experience than what we get with the hybrid mode.

Talking about the improved gaming experience, the new Legion Pro 7 and Pro 7i now feature a dedicated AI chip called Lenovo LA chip. This will now power the Lenovo AI Engine+ to boost the maximum frame rates. The chip on the Legion Pro 7 is named LA2-Q, which makes us believe it is better than the LA1 on the Legion Pro 5 series. However, Lenovo has not shared much detail about the two chips for us to be conclusive.

What we do know for certain is that the new Legion Pro 7 has a better cooling setup than its smaller sibling. Here, you get the new Legion Coldfront 5.0, consisting of a dual-fan system, phase-change thermal material, and hybrid heat pipes. In addition, you get a liquid metal cooling for the CPU and a dedicated vapor chamber. The vapor chamber on the base RTX 4070 variant covers only the CPU, whereas it is expanded to cover both CPU and GPU on other models. 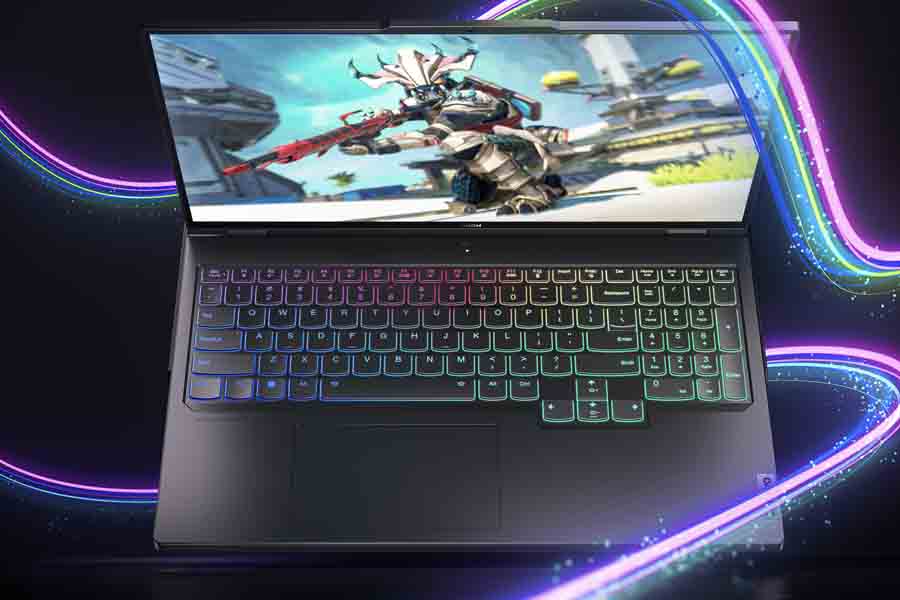 Even on the design front, Lenovo Legion Pro 7 series stand out because of the premium metal build. Lenovo says to have molded the chassis from recycled aluminum and magnesium and finished it with a matching Onyx Grey color variation.

Opening the metal lid, you are greeted with a 16” WQXGA IPS screen with a 240Hz refresh rate and a 3ms response rate. The screen has 100% sRGB coverage and can get as bright as 500 nits. It even has VESA HDR DisplayHDR 400 certification to back it. Furthermore, the “Puresight Gaming” display has NVIDIA G-Sync and X-Rite Pantone certification.

Fueling the Legion Pro 7 and Pro 7i is a 99.99WHr battery rated for 12 hours of endurance. The new gaming laptops have Super Rapid Charge technology, allowing them to go from 0 to 80% in just 30 minutes. Moreover, the laptop can charge fully in an hour’s time.

You can configure the laptop with up to 32GB of DDR5 RAM using the two SO-DIMM slots. What’s interesting here is that Lenovo has added support for overclocked 6000MHz memory sticks, which we don’t see in laptops that often. 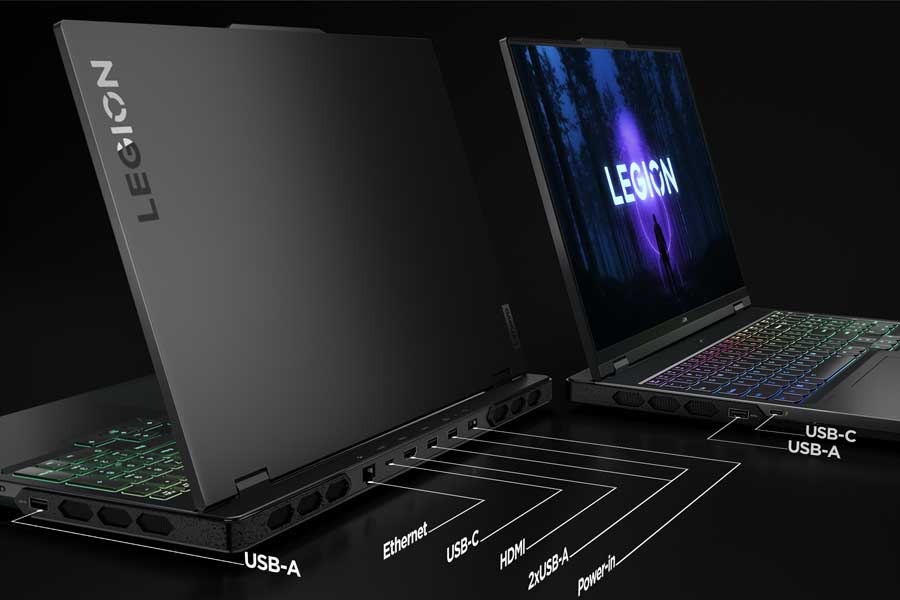