So, the similarities that you will notice right away between the Narzo 20 Pro and the Realme 7 are how they have the same form factor, weight, and build material. The only major difference in terms of visual aesthetics lies at the back. While the Narzo 20 Pro has a gradient glossy finish, Realme 7 comes with this matte dual-tone color instead.

It’s still plastic, so I have already got some scratches on my unit. The frames are plastic as well, therefore durability is kind of a big problem in the long run. The right side of Narzo 20 Pro has a home button which doubles as a fingerprint as well. And like the Realme 7, it is fast and works almost all the time.

However, my unit of the Narzo 20 Pro doesn’t have creeks on the sides, which was there on the Realme 7. But all things considered, “Narzo” is supposed to be a different series from Realme and yet, they are borrowing the design of a pre-existing product. This screams a lack of inspiration and laziness from the Realme product department, to be honest.

Not just the design, you are going to get pretty much the same experience in terms of performance between the two phones. Both of them are running on the exact same version of Realme UI. 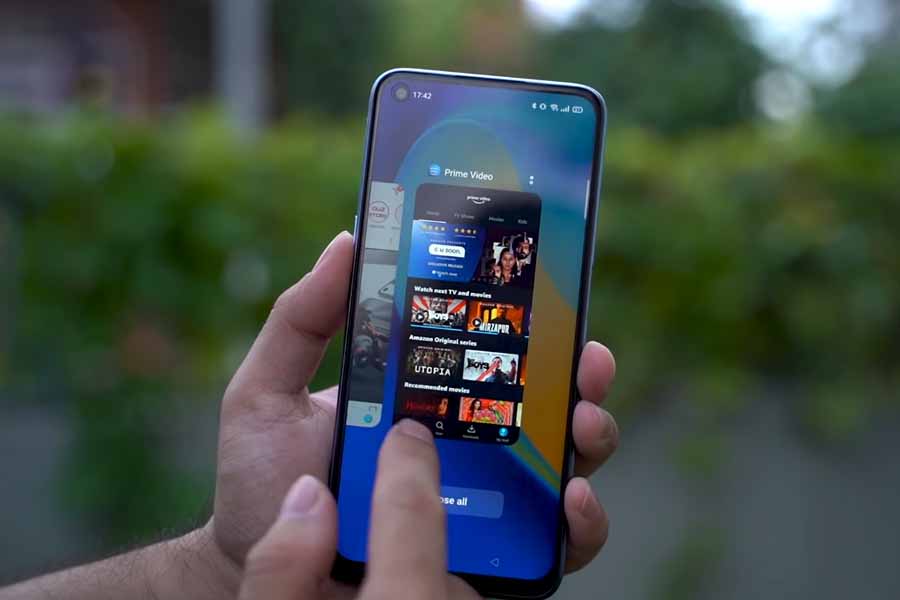 It was also quite funny when I noticed that an update log on the Narzo 20 Pro mentioned “64MP professional mode” when the phone only has a 48MP camera. Since both these phones got the update on the same day, that might have resulted in the error, no biggie!

Anyways, the performance on the Narzo 20 Pro is quite good for the price, all thanks to the Helio G95 coupled with a higher 90Hz refresh rate display. However, with this Mediatek chipset, you need to be aware of a slight heating issue, that say, the Snapdragon 720G powered phones like the Redmi Note 9 Pro Max or the Poco M2 Pro don’t encounter.

Nonetheless, I still think that both Realme 7 and Narzo 20 Pro are stellar value for money phones for the price.

On the display front too, Realme still remains the only brand to offer a 90Hz panel on a budget device. This one is as good as the Realme 7, except for the color tone. Not much of a barn burner, but I did notice a slight variation in the display panel of these two phones. The tall 6.5″ FHD+ is nice to look at and the aforementioned 90Hz refresh rate makes all the difference on a phone of this price. Besides the dismissable color variation when compared to Realme 7, Narzo 20 Pro’s panel is great to look at. The colors, contrast, sharpness are great and so is its visibility.

More importantly, the area where I was a little bit worried about the Narzo 20 Pro was in the camera department, as it comes with an inferior 48MP Samsung GM2 sensor, as opposed to the Sony IMX682 we get in Realme 7.

But surprisingly, Realme has done an excellent job to match this sensor’s image quality with the Realme 7.

And as you can see from these images, both are almost identical.

Narzo 20 Pro slightly saturates the images at times, and the Realme 7 at times looks sharp. But apart from that, there’s no noticeable difference.

The portrait images are however slightly better on Realme 7.

Yet, the one from Narzo isn’t that off either.

The night time images are also better on the Realme 7 as evident from these samples, but nothing too drastic.

And since both of these phones have the same 8MP ultra-wide-angle sensor, they are identical as well.

However, after receiving multiple updates, Realme 7 still has this issue where ultrawide images turn out dark.

Getting to selfies, you get a 16MP camera here.

For what it’s worth, the selfies are good enough.

And again bringing Realme 7 to the mix, you can see that they both are identical.

Besides the cameras, another difference you can find between these two phones is in the battery department.

Narzo 20 Pro ships with a 4500mAh battery and a 65W Super Dart Charging – which is another first for a phone of this price. On the other hand, you get a bigger 5000mAh battery, but with a comparatively slower 30W charging on the Realme 7. 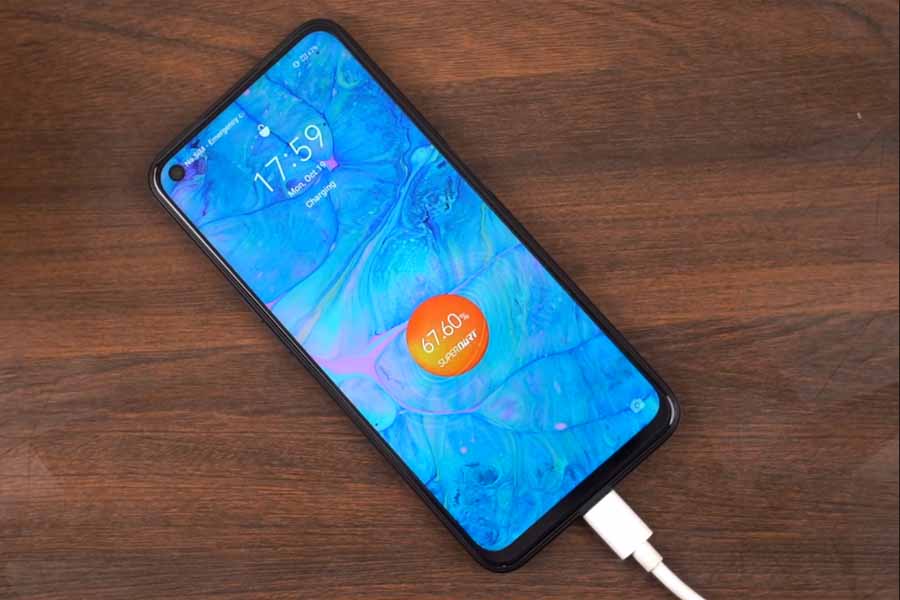 During my test, the battery life has been good, but nothing extra-ordinary. The 90Hz display paired with a relatively energy inefficient 12nm chipset meant I had to plug in the battery when I got home from the office. In terms of endurance, the Realme 7 provided a slightly better battery life.

Moreover, the 65W fast charging is obviously very fast as I was able to fully charge the phone in just 37 minutes. Having said that, the 30W fast charging on the Realme 7 isn’t that slow in itself as it manages to juice-up the bigger 5000mAh battery in an hour.

All in all, the Narzo 20 Pro is a good value smartphone for the price – just like the Realme 7. After all, it is “just like” the Realme 7—both literally, and figuratively. So… why does the Narzo 20 Pro exist, to begin with? The Narzo series is supposed to cater to Gen-Z by offering hip & exciting features. However, in this case, does the flagship-grade 65W fast charging and minor tweaks to the camera setup deliver that? I don’t think so.

And launching both phones in the same region further complicates a buyer’s purchase decision – which is harmful to Realme itself if you ask me. As a result, it’s frankly boring and uninspiring to see this happen time and again. Not only Realme, but companies like Xiaomi and POCO have been doing the same as of late.