Last month, Redmi announced the K50 Gaming Edition smartphone. The company has finally pulled the curtains off the rest of the lineup. In this post, we will be discussing the key specs, features, expected price, and availability of the Redmi K50 Series (K50, K50 Pro) in Nepal.

Redmi K50 Pro sports a Samsung-made 6.67” E4 AMOLED panel with a resolution of 3200 x 1440 pixels. Refresh rate and touch sampling rate are listed at 120Hz and 480Hz, respectively. It is an 8-bit panel with DCI-P3 coverage and support for HDR10/10+ and Dolby Vision. Likewise, it has Gorilla Glass Victus protection.

The phone has a glass back which is available in four colors. It weighs around 201 grams and measures 8.48mm in thickness. Further, it also has an IP53 rating. Under the hood, it is powered by MediaTek’s Dimensity 9000 chipset with brings the latest ARM Cortex Core and the power efficiency of TSMC’s 4nm process. Redmi has paired the chipset with LPDDR5 RAM and UFS 3.1 storage. The company is offering the phone with up to 12GB RAM and 512GB of internal storage.

The cooling setup of the Redmi K50 Pro consists of a VC liquid-cooling and a 7-layer graphite surface. Redmi has adopted the same VC cooling technology as it did on the K50 Gaming Edition.

The re-designed camera bump at the back of the Redmi K50 Pro features a triple camera setup. Redmi has used the 108MP Samsung ISOCELL HM2 sensor for the primary camera. It brings a 1/1.52” sensor and a 6P lens. Likewise, it now also has Optical Image Stabilization.

The ultrawide has remained unchanged at 8MP. On the other hand, Redmi has downgraded the macro camera to a mere 2MP. The rear camera is capable of recording at 4K 30fps and 720p slow-mo videos. 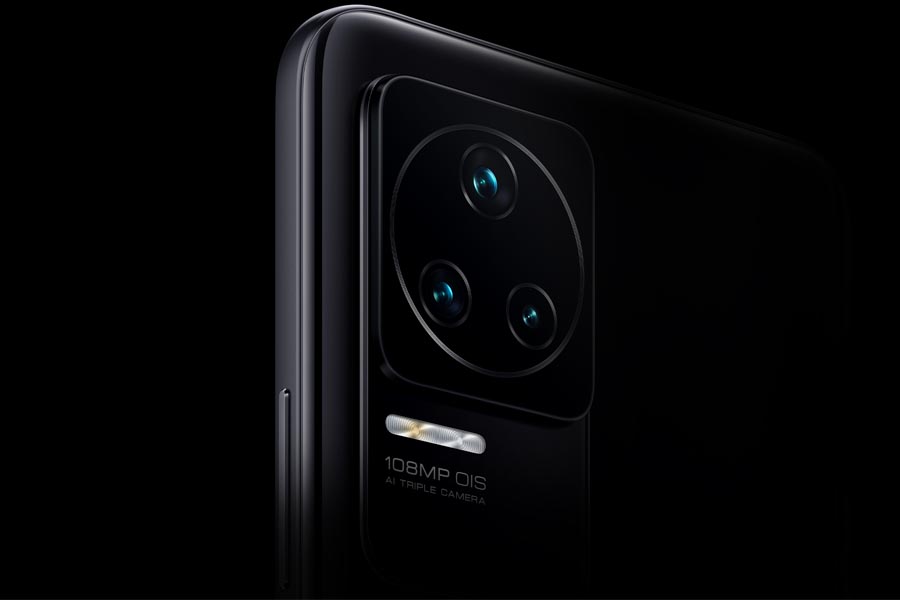 Over on the front, Redmi has used a 20MP Sony IMX596 sensor for the selfie camera. Its video capability is capped at 1080p 30fps.

Fueling the phone is a 5,000mAh battery with support for 120W charging. Unlike other flagships with fast charging capabilities, Redmi K50 Pro uses a single-cell battery. This has been made possible with the in-house Surge P1 chip. Redmi ships the phone with a compatible PD charger.

The phone boots on MIUI 13 out of the box. Other notable features of the Redmi K50 Pro include Wi-Fi 6 connectivity, NFC, dual stereo speakers, and infrared sensor.

Redmi K50 is a slightly toned-down version of the Redmi K50. It brings the same 2K display as the Pro model but compromises on other aspects. For starters, it is powered by Dimensity 8100 chipset. Likewise, it replaces the 108MP HM2 sensor with Sony’s 48MP IMX582 primary sensor. That being said, it retains the OIS stabilization and the rest of the cameras. Finally, Redmi K50’s charging speed caps at 67W.