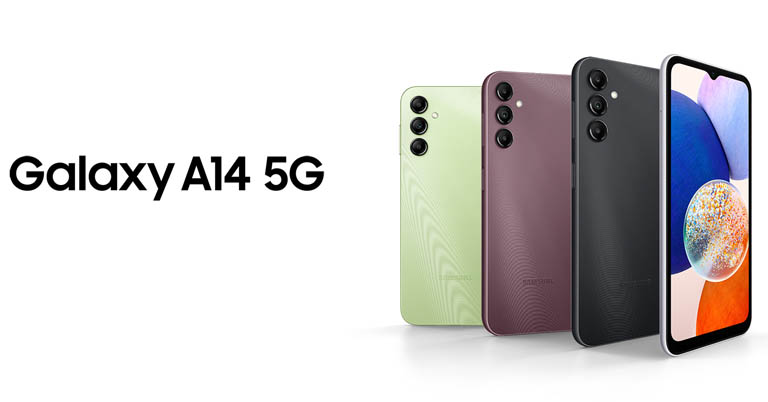 Samsung introduced the A14 5G as its first major smartphone of the year — less than a week after New Year’s Day. It replaces last year’s A13 5G as the company’s affordable 5G phone and is now available in Nepal. So, let’s look at the specs, features, official price, and availability of the Samsung Galaxy A14 5G in Nepal.

Not a lot has changed in the design aspect — Samsung Galaxy A14 5G has a notched display like its predecessor. Even on the back, the three cameras stick directly out of the rear panel without a dedicated module. That said, the corners of the main body have a larger curvature — giving the impression of a smaller phone.

The phone is built around a 6.6-inch IPS screen. Samsung has bumped the resolution from HD+ to FHD+ while retaining the 90Hz refresh rate. The waterdrop notch at the center of the screen is home to an improved selfie camera. Galaxy A14 5G now has a 13MP selfie sensor, up from 5MP from its predecessor. That said, the triple camera setup looks unchanged — at least on paper. Like last year, users get a 50MP primary camera, along with a 2MP depth and a 2MP macro sensor. Unfortunately, there is no dedicated ultrawide module.

Inside, the smartphone is powered by Samsung’s new octa-core Exynos 1330 mobile silicon. But this processor choice is limited to India and Nepal only as the European variant of the A14 enjoys MediaTek Dimensity 700 chip. Regardless of processor, the memory option includes up to 8GB of RAM and up to 128GB of storage. You can also expand the storage to 1TB with an SD Card even after making the purchase. 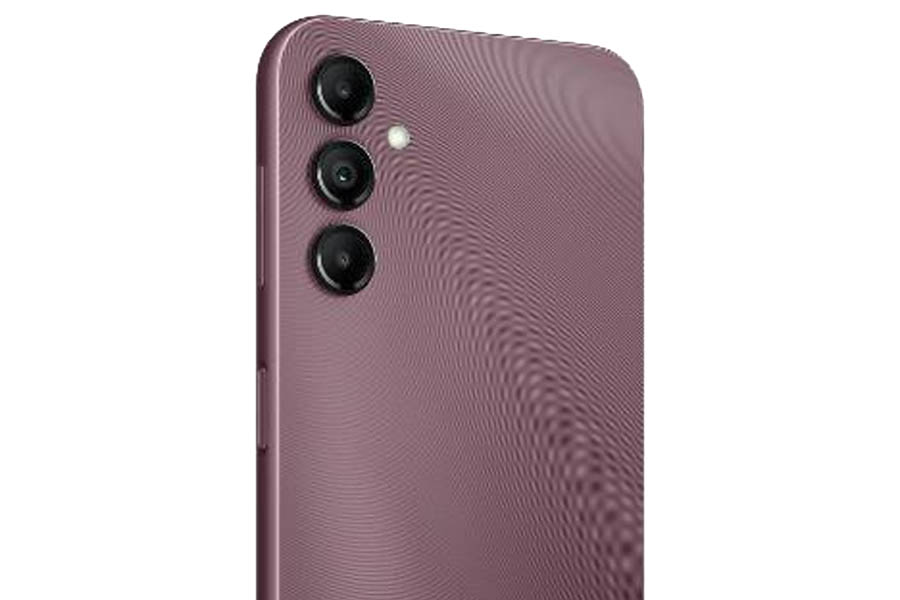 Samsung Galaxy A14 5G gets its juice from a 5,000mAh battery, and it supports 15W charging. The phone ships with Android 13-based One UI 5 out of the box and is guaranteed four years of security updates. Users can get the phone in four colors: Black, Silver, Dark Red, and Light Green.

The official price of the Samsung Galaxy A14 5G in Nepal is Rs. 27,999 for the sole 6/128GB variant. You can buy the Galaxy A14 5G smartphone from Hukut and other authorized stores across Nepal.