Samsung has just announced the first 5G device under the M-series. The Galaxy M42 is powered by Snapdragon 750G that comes with a 5G modem. Here, we will be taking a look at the specs, features, expected price, and availability of the Samsung Galaxy M42 5G in Nepal.

Here, Galaxy M42 5G is the successor to Galaxy M40 that launched two years ago. According to the reports, Samsung had to cancel the M41 last year as the display intended for the phone failed to meet the required standard.

Moving to the M42 5G, the device sports a 6.6-inch Super AMOLED display. And for some reason, Samsung has used an HD+ panel here with an Infinity-U notch for the selfie camera. The company is yet to confirm it but it seems like the device has an in-display fingerprint scanner. If true, it will be another first for the M-series. 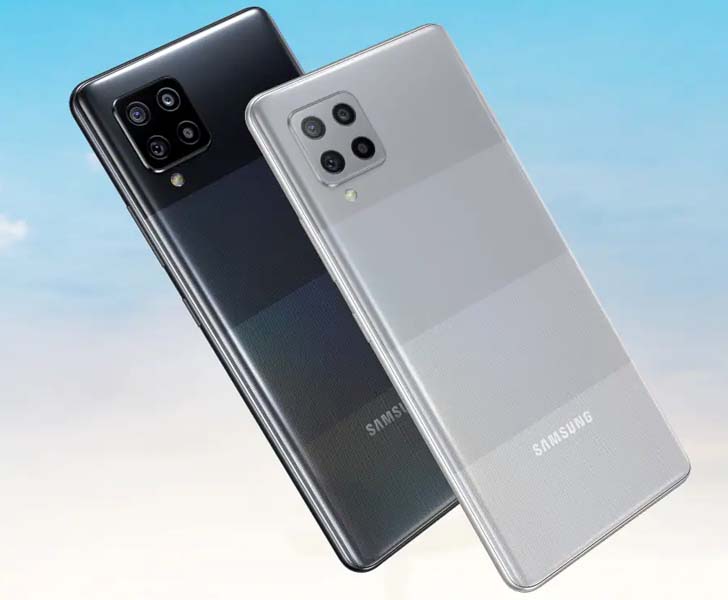 The back of the device features a square camera bump with an LED flash just outside of it. Galaxy M42 5G is available in two color options – Prism Dot Black and Prism Dot Gray. The phone has a glossy finish and a layered pattern which the company claims to be more comfortable to grip.

Under the hood, the M42 5G packs Snapdragon 750G. It’s a 7nm chipset that debuted last year with the Redmi 9 Pro 5G. It features two Cortex-A77 cores clocked at 2.2Ghz and six Cortex-A55 cores clocked at 1.8GHz. For 5G, it integrates the Snapdragon X52 modem that is also used in the higher-end chipsets like the 765G and 768G. Samsung has included Game Booster and Frame Booster features to improve the gaming capability of the phone.

Users can choose between 6GB and 8GB RAM. Both RAM variants feature 128GB of internal storage which is expandable. The device ships with Android 11 based on One UI 3.1 out-of-the-box

The square camera module at the back encloses a quad-camera setup. An LED flash resides just outside of the module. Coming to the specs, the primary camera here is the 48MP ISOCELL GM2 sensor. It is accompanied by an ultrawide sensor with a 123° Field of View. There are two additional 5MP sensors for portrait and macro shots.

This setup can record 4K videos at 30fps. Similarly, users can make use of features like Single Take, Night Mode, Hyperlapse, Super-Slow motion, and Flaw Detection. There is a 20MP selfie shooter at the front.

Galaxy M42 5G is fueled by a 5,000mAh battery that offers up to 36 hours of talk time on a single charge. A 15W charger is included in the box. The phone comes with Samsung Knox security. It also has NFC that users can use for contactless payment via Samsung Pay.