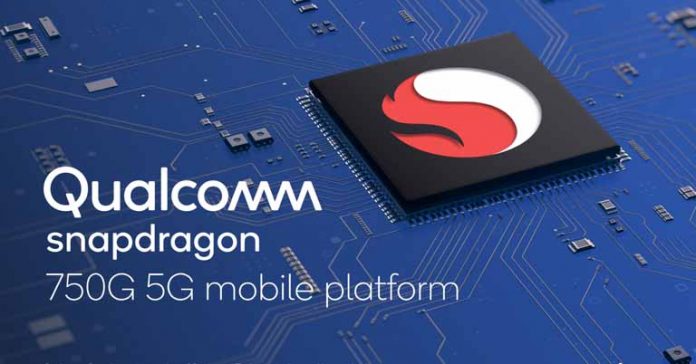 Qualcomm has once again extended its lineup of 5G mobile processors. The new Snapdragon 750G is positioned between Snapdragon 765G and non-5G 730G in Snapdragon 700-series. In the list of 5G enabled-processor, it is placed above the Snapdragon 690 5G chipset. Let’s learn more about the new Qualcomm Snapdragon 750G, including its specs, features, and availability.

Looking at the recent market segment, it is safe to say Snapdragon 765G is the most popular mid-range 5G chipset. The new Snapdragon 750G looks to be a cheaper alternative to the 765G. SD 750G is based on Samsung’s 8nm EUV process. It consists of eight cores arranged in the 2+6 setup. Qualcomm has used two Kryo 570 cores (based on Cortex A77 cores) clocked at 2.2GHz as performance cores. With the new core, Qualcomm says it offers up to 20% better performance over Snapdragon 730G. 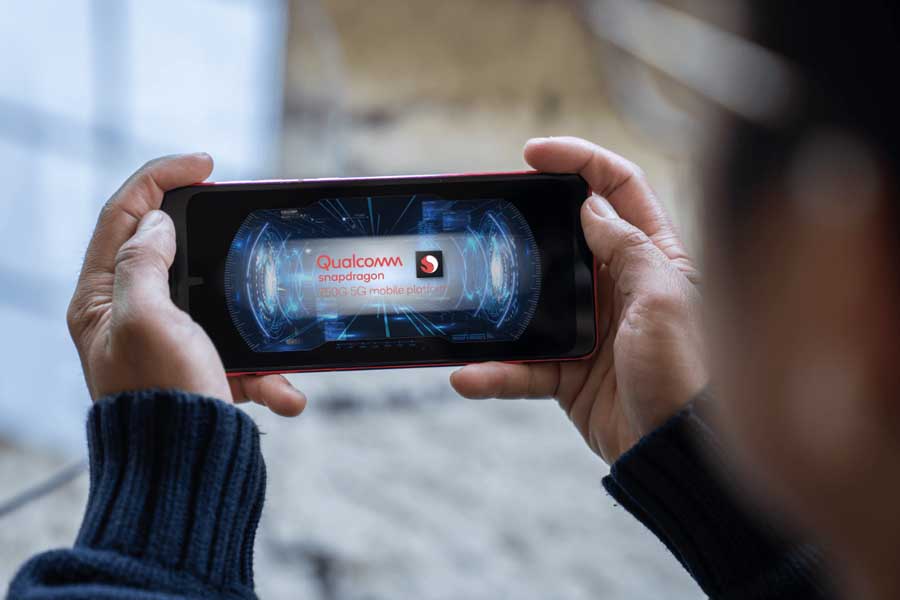 The key highlight of the Snapdragon 750G is that it offers the same Snapdragon X52 5G Modem-Rf System as the 765G but at a cheaper price. With this 5G-modem, the new chipset can support both the slower sub-6 GHz and faster mmWave. The X51 modem on the Snapdragon 690 does not support the mmWave network. With the X52, SD 750G claims maximum upload and download speed of up to 1.6Gbps and 3.78Gbps, respectively. Other network features include Global multi-SIM, Dynamic Spectrum Sharing, SA/NSA, and TDD/FDD support.

Qualcomm has also included its fifth-gen AI Engine in the SD 750G. It is capable of 4.0 Trillion Operations Per Second (TOPS) – a 20% improvement over SD 730. It will help in smart camera and video interactions, voice translation, AI imaging, and AI gaming experience.

The chipset is also equipped with Qualcomm’s Sensing Hub that supports AI-based echo cancellation and background noise suppression. It will come handy during in-game voice chatting, always-on voice assistant, and other voice communications. Qualcomm claims that users will be able to hear clear and loud speech even with disturbing noise in the background.

Snapdragon 750G supports select Snapdragon Elite Gaming features. Its Spectra 355L ISP supports up to 48MP Snapchat capture with Multi-Frame Noise Reduction. The FasctConnect 6200 Subsystem has Bluetooth 5.1 integration and is Wi-Fi 6 ready if OEMs are to incorporate it into their smartphones. The new chipset also supports a 120Hz refresh rate on an FHD panel. For faster charging, it supports Qualcomm’s Quick Charge 4+ technology.

Xiaomi has confirmed that it will be releasing a smartphone with the new Snapdragon 750G later this year. According to a report from DealNTech, Samsung’s Galaxy A42 5G could be the first phone to come with Snapdragon 750G.