Samsung has officially announced its 2022 lineup of TV on the ongoing CES 2022. The company has updated its lineup of Neo QLED, Micro LED, and Smart Lifestyle TVs. In this article, we will be taking a look at all the key features of Samsung’s 2022 TV lineup.

While Samsung did not include it in its official release, the new 65″ QD-Display TV (OLED) has won a place in CES 2022’s “Best of Innovation” under the “Video Displays” category. It is based on Samsung’s RGB self-emitting Quantum Dot (QD) OLED technology. The TV sports Samsung’s One Design, Object Tracking Sound Technology (OTS), four HDMI 2.1 ports, and a refresh rate of up to 144Hz.

These TVs have over 1 million color and brightness levels, thanks to their 20-bit greyscale depth. In addition, they also boast 100% DCI-P3 and Adobe RGB coverage. Similarly, the 99.99% screen-to-body ratio offers an immersive experience. 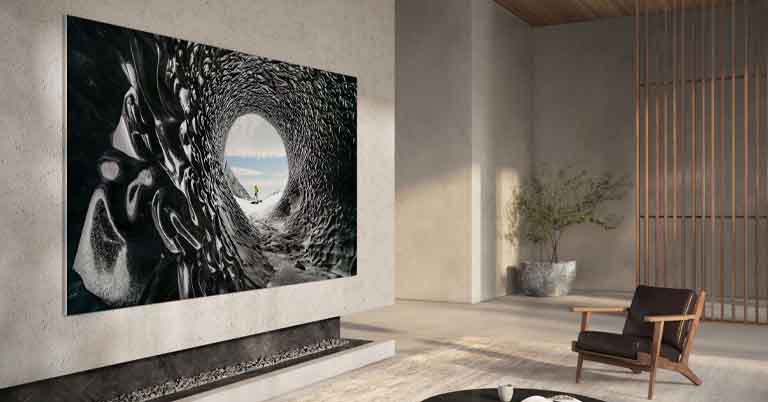 However, Micro LED TVs are quite expensive and thus, not for everyone. We also don’t expect it to be available everywhere.

Just like last year, Samsung’s focus is still on Neo QLED TVs. These are basically LCD TVs with mini-LED backlighting. This technology was first announced last year and has gotten some updates. Samsung has announced six new Neo QLED TVs for 2022, including three 8K and three 4K offerings.

The new Neo QLED TVs come with 14-bit contrast mapping up from last year’s 12-bit. This allows the TV to have more control over the brightness of individual mini LEDs. There are now a total of 16,384 brightness levels, which is four times of 4,096 levels of the previous year. 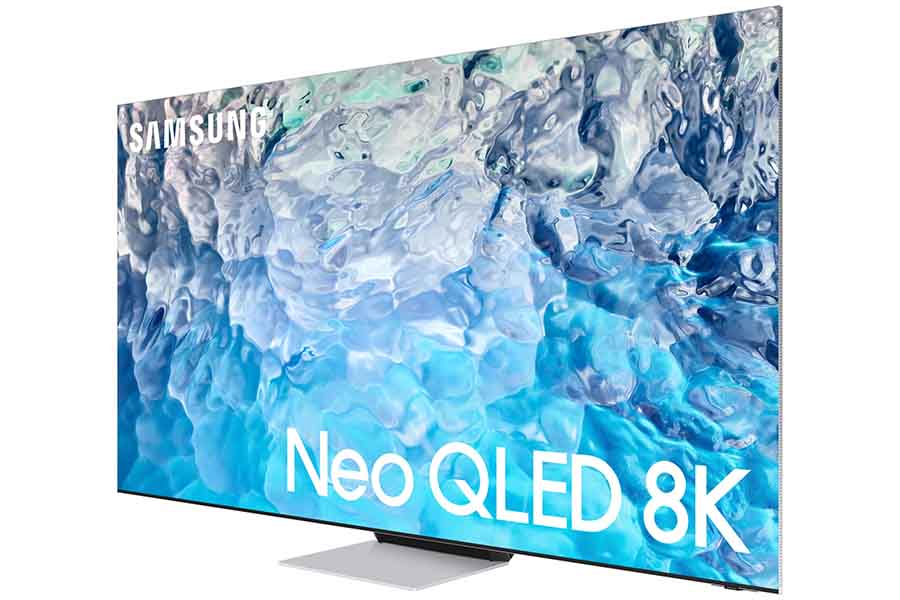 In addition, there is a new Shape Adaptive Light technology that produces more realistic shapes using the AI capabilities of Neo Quantum processor. The technology analyzes lines, shapes, and surfaces and controls the shape of light accordingly.

Another new feature in 2022’s Neo QLED TVs is the Real Depth Enhancement. This creates a 3D effect of objects in the frame by processing them against their backgrounds.

Samsung has also improved the EyeComfort mode here. The new Neo QLED TVs can now adjust the panel’s brightness and tone based on the ambient light. Another feature that has undergone an improvement is the Object Tracing Sound (OTS). These TVs now have OTS Pro which incorporates new top-channel speakers and Dolby Atmos.

The new smart lifestyle lineup consists of The Frame, The Sero, and The Serif. They are getting a new matte panel with anti-glare, anti-reflection, and anti-fingerprint properties. Similarly, these TVs have also received official certifications from Underwriter Laboratories for the same. 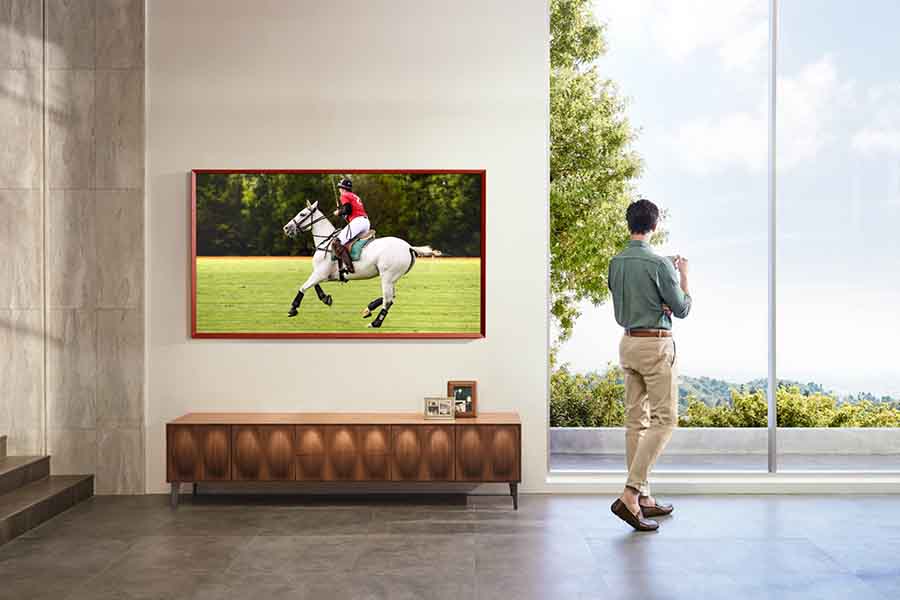 Samsung has announced a bunch of new features and accessories for its latest TVs. Do note that these features may not be available in all models.

Meanwhile, check out our review of the Samsung AU8000 4K TV.