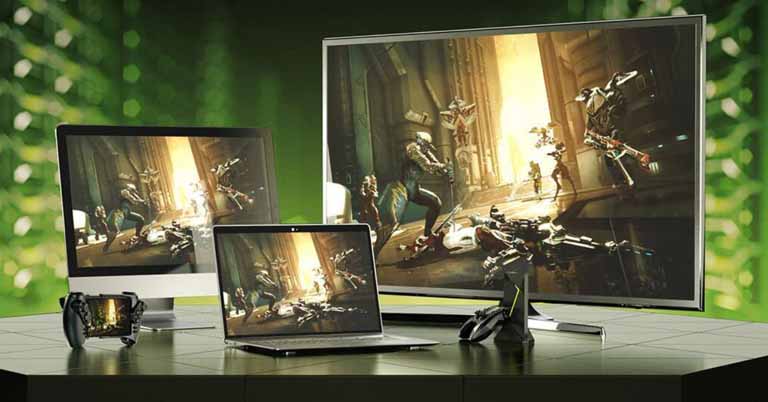 NVIDIA has now added support for GeForce Now (its game streaming service) to Google Chrome and M1 Macs. Let’s learn more about NVIDIA GeForce Now including its features, availability, compatibility, and the changes brought by the latest beta support.

As mentioned earlier, GeForce Now is a cloud-based game streaming service from NVIDIA, a company known for its graphics card. The motive here is to make a PC-like gaming experience accessible to more users. PC is the most popular platform for gamers with over 1.2 billion players. However, not many people get to play the latest title as they are restricted by the specs of their system. This is where game streaming services like GeForce Now come in. It allows users to play the latest games on their old devices via standalone or web apps. The types of games and the settings you can play are often determined by the type of subscription you have. The library of games supported, controller compatibility, and the other things differ according to the streaming services you decided to go with. Google has Stadia, Amazon has Luna, Sony has PlayStation Now, Microsoft has Xbox Game Pass Ultimate, and so on. These services let you play games remotely on systems set up in the cloud. The game is actually played on the system at the cloud and it is streamed to your PC or whatever system you are playing the games in.

With GeForce Now, the users can hit up to 60+ fps in multiple titles. Since the servers at NVIDIA’s end have RTX GPU, you can even play RTX titles if you have the Founders membership. It’s an open platform which means that you don’t have to buy games specifically for GeForce Now. You can add your existing library to GeForce Now and build upon that. It also has support for popular PC apps like Discord.

The downside here is that it is not available in every country. Also, the latest features are rolled out to limited regions before the global launch.

With the latest update, GeForce Now now has support for Google Chrome. It is guaranteed to work on Windows and macOS. Users can try using it on other platforms but it’s not guaranteed to work. NVIDIA has used the WebRTC framework to optimize the browser to give a native app-like experience. Still, there is no information about the GeForce Now support coming for other Chromium-based browsers like Edge.

If you have the latest Macs powered by the Apple M1 chip, you can use the dedicated GeForce Now app to start gaming. The support for both M1 Macs and Google Chrome was added in the latest beta release.

Here, the NVIDIA GeForce Now is available in Windows, Android, macOS, NVIDIA Shield, and Chromebooks. Though it doesn’t have a dedicated app for it, you can even use it on the iOS platform through Safari. The beta release has also added other new features. For instance, now users can add desktop shortcuts of their favorite games on GeForce now.