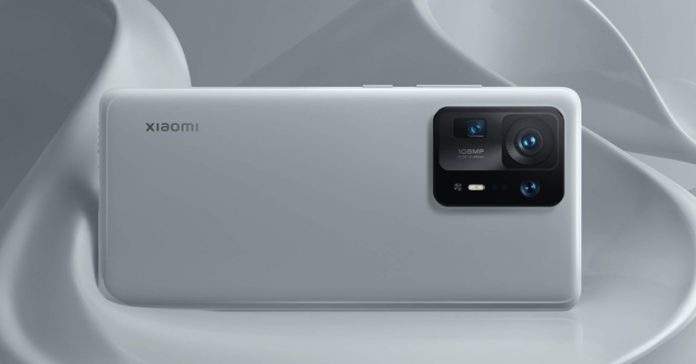 Xiaomi has just launched its first phone with an under-display camera or camera under panel (CUP) as the company likes to call it. The Mi MIX 4 comes with a “virtually invisible” under-display camera and is currently available in the Chinese market. Here, we will be discussing the key specs, features, expected price of the Xiaomi Mi MIX 4 in Nepal.

Unlike the Mi lineup that is more of a mainstream flagship device, the Mi MIX lineup is more about innovation. Take the Mi MIX Alpha as an example. The device with a one-of-a-kind wrap-around screen was announced in 2019, and only a handful of them reached the public eye.

Mi MIX lineup had commercial flagship, too, the last one being the aforementioned Mi MIX 3 5G from 2019. The regular Mi MIX 3 was launched even earlier in 2018. Here, we are looking at 3 years of gap between the Mi MIX 4 and its immediate predecessor.

Camera Under Panel or CUP is the name given by Xiaomi to its under-display camera technology. According to the company, it took five years and $77 million in funds to get to the point where the camera underneath the display is almost invisible.

Xiaomi - Camera Under Panel
1 of 3

As with the similar technologies from ZTE and Oppo, Xiaomi has put a pixel-dense screen of 400 PPI above the camera. Thus, it is indistinguishable from the other portions of the screen.

The company has also tweaked the pixel circuitry to increase the light transmittance of the screen. The 20MP selfie camera has a combined pixel of 1.6µm thanks to 4-in-1 pixel binning.

Moving on, Mi MIX 4 boasts a 6.67-inch AMOLED panel with 3D curvature. It is a 10-bit TrueColor panel with support for HDR10+ and Dolby Vision. It also has Gorilla Glass Victus on top for protection. The phone has a ceramic back, which the company says is 30% lighter. It houses a sizable square-shaped camera module. The phone comes in three colors – White, Gray, and Black.

Under the hood, Mi MIX 4 packs the latest Snapdragon 888+ from Qualcomm. To note, it is also the first phone to be powered by this flagship chipset. Xiaomi has coupled it up with up to 12GB of LPDDR5 RAM and 512GB of UFS 3.1 internal storage.

The Mi MIX 4 boasts a 108MP HMX sensor with OIS as its primary camera at the back. This is accompanied by a 13MP ultrawide camera with a free-form lens. 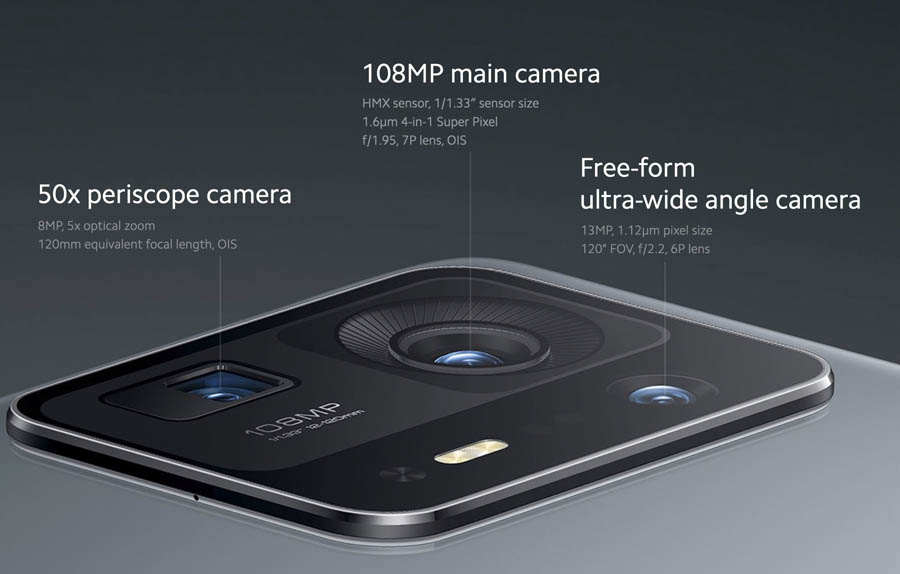 The new lens is said to reduce the distortion from 20% to 1%. Completing the setup is an 8MP periscope camera with 5x optical zoom and OIS.

Fueling the phone is a 4,500mAh battery. Xiaomi has included support for 120W wired charging. In the default mode, the phone goes from 0 to 100% in 21 minutes. The boost mode reduces it to just 15 minutes.

The phone also has 50W wireless charging support, which charges it completely in 45 minutes and 28 minutes in default and charge mode, respectively.

Mi MIX 4 is also the first Xiaomi phone to have Ultra-Wideband (WB) connectivity. This inclusion will help the phone pair faster with Xiaomi AIoT products.