Xiaomi recently unveiled its latest installment in MI Mix series of smartphones. Xiaomi MI Mix Alpha 5G is an impressive innovation where the entire device is made of screen. Even the sides of this phone are digital. Comprising of the screen to display network signals, battery levels and more along with pressure-sensitive volume control buttons.

If the “surround screen” itself isn’t impressive enough, the phone gears-up a 108MP camera sensor which is able to produce 27MP images even in low light. The selfie taken from this device will also be of the same resolution; as the rear of the device doubles as a viewfinder when using the cameras. 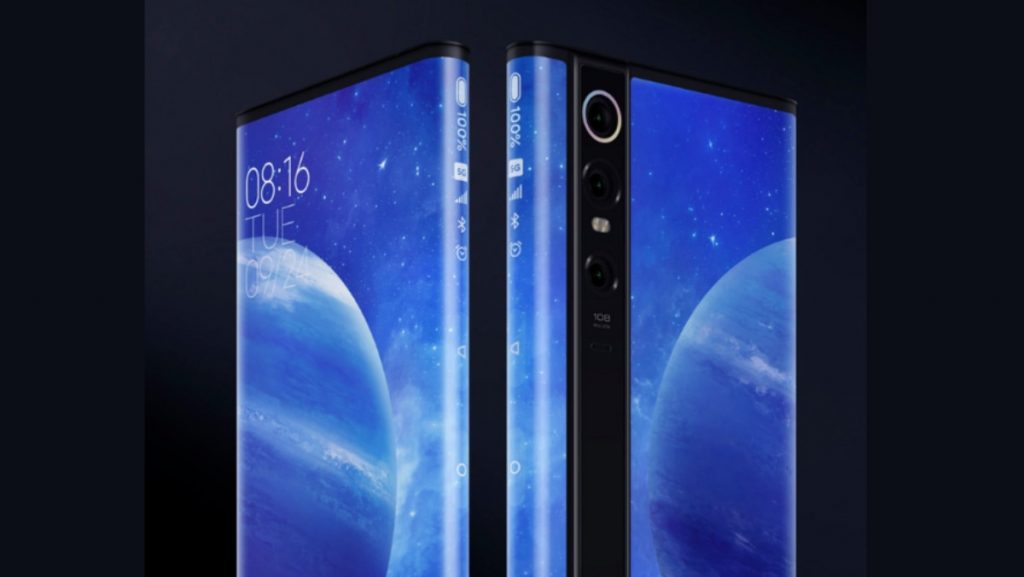 To support the huge display of this phone the battery isn’t as powerful enough. A 4050 mAh battery provides the juice; however, a 40W fast-charging adds to the elements that make this phone further impressive. The latest, Qualcomm Snapdragon 855+ powers the phone and the phone also has 12GB of RAM with 512GB of storage.

Some slight tweaks in the software in Xiaomi MI Mix Alpha 5G enables us to take full advantage of the phone’s 360º surround display. Not only that the phone switches to selfie mode as soon as the rear display on the phone is turned on, but Xiaomi says there are several other software tricks that make the rear screen useful. While you are using the front display as a regular smartphone display; the rear display can be used for a multiple number of tasks such as checking schedules, notes or controlling other connected smart devices. You can also set up the phone to light up for different notifications. This will certainly provide an exquisite experience to see the whole phone light up even when you are charging the phone.

Also Read: Xiaomi’s MIUI 11 is here to blow you away!

Although, the Xiaomi MI Mix Alpha may seem like an interesting prospect; with all the latest features, an impressive camera and the 180% screen to body ratio. One can ask oneself if we really need this type of phone right now. Will the all-screen smartphone is worth spending around $3000 ($2800 exact). Xiaomi also predicted to receive polarized opinions about the phone. So, they have decided to produce only a limited number of these smartphones. But honestly, the MI Mix Alpha upholds the Mix lineup’s reputation of bringing next-generation designs to the market.

We will, however, have to wait till the end of this year to figure out how practical this phone will be and how popular it will become amidst the smartphone fanboys. Till then we can only applaud Xiaomi’s bold attempt at trying something so innovative and new.