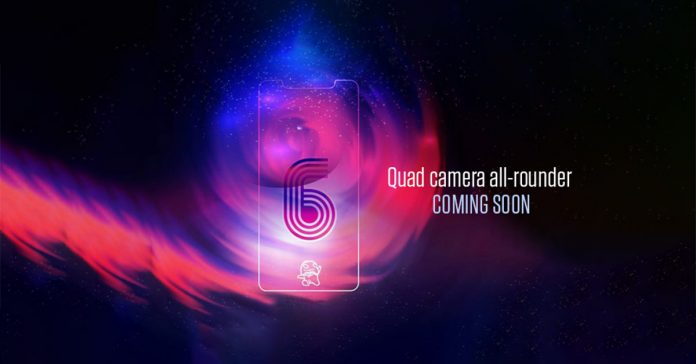 Since their official arrival in Nepal, Xiaomi has been focusing a lot on launching new phones for Nepali consumers. They turned up with four new products that time, and only a few weeks ago, they launched the Pocophone F1. The company isn’t stopping just there as they are all set to unveil the Xiaomi Redmi Note 6 Pro here.

The Xiaomi Redmi Note 6 Pro is the direct successor to the Redmi Note 5 AI which was quite a hit in the Nepali market. However, there are only a couple of subtle changes it has over its predecessor.

The major difference certainly has to be the camera count. This new smartphone features dual cameras on the front, with one measuring 20-megapixel and the other 2-megapixel. The secondary front-facing camera here helps with depth sensing. The rear-cameras are the same though, with a setup consisting of 12-megapixel and 5-megapixel. Other than these dissimilarities, both the phones are more or less the same. The Xiaomi Redmi Note 6 Pro has the same 4,000 mAh battery that is backed by Quick Charge 3.0. Even the internals are same here, as this new mobile phone is powered by the octa-core Qualcomm Snapdragon 636. The device is available in two variants if RAM is concerned.

Previously, Xiaomi was criticized for the price difference between their products in Nepal and in India. However, since their official arrival, the company is constantly praised for the same thing. And We expected the same to happen this time. Its 64 GB version is available in India for INR 13,999 right now. So we expected the Redmi 6 Pro to be priced for somewhere around Rs. 25,000 – Rs. 27,000 in Nepal considering all sorts of taxes and VATs. But to our utter surprise, Xiaomi Redmi Note 6 Pro is priced at Rs. 24,999 for the 3/32GB variant and Rs. 28,999 for the 4/64GB variant. Talking about the availability, the phone will be available for purchase from offline Xiaomi stores starting from tomorrow.

I am not saying the Note 6 pro is bad by any means. But since you can buy the MI A2 just by adding a couple thousand bucks, that’s where you should focus on. Xiaomi MI A2 comes at the price of Rs. 30,999. And to justify the price, the phone has packed a more powerful Snapdragon 660 chipset and features a more capable hardware. On the top, there is a bloatware-free Stock version of Android OS on the system. So for just two thousand more, you are getting much much more.

If quad-camera setup is what you like on the phone, then you can also check out the Huawei Y9 2019. Alike the Note 6 pro, the Y9 2019 flaunts a quad camera setup with dual camera setup at the back and a camera pair on the front. It also comes with a somewhat premium design and build. The phone looks appealing because of its glossy back. But most importantly, it has a Kirin 710 chipset, which leaves the Snapdragon 636 chipset (on the Note 6 Pro) behind by a good margin on the performance front. Additionally, there is a tall 6.5-inch, which might interest the gamers and multimedia fanatics.

If you can push your budget further, you can also get a Pocophone F1 at the price of Rs. 34,999. The Pocophone comes with the flagship grade Snapdragon 845 chipset on the board backed by a whopping 6GB of RAM. Even if you are a heavy gamer, you don’t have to worry about the phone getting hot after the prolonged gaming session. The phone comes with a liquid cooling technology to cool the internals. Moreover, the phone also has note-worthy cameras.