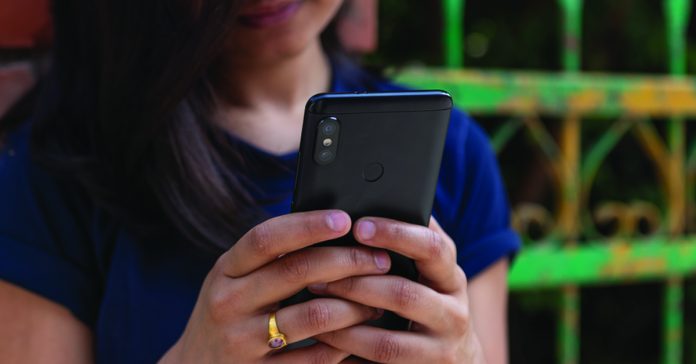 Mid-range smartphones seem to be on the rise these days. Offering a better price to performance ratio, the mid-range smartphones are providing premium features at a budget-friendly price. The Xiaomi Redmi Note 5 AI is one of such devices which seems capable of superseding all the mid-range handsets at its price segment when looked into the specs. But is the smartphone that good? Let’s find in this review.

In terms of design, I did not find any wow factors in the Redmi Note 5 AI. Just look at it, it comes with the typical Xiaomi Redmi design language; the metallic back with plastics on top and bottom. I only wished the design was similar to last year’s Mi A1. The metallic back, however, feels sturdy and durable. For the better grip of the phone, Xiaomi has also provided tapered edges. Nonetheless, during the time of my use, the device slipped frequently through my hands. I also found it to be heavy mainly because of its big battery. Talking about the buttons, the phone has aligned all the tactile buttons on the right with the power button positioned right beneath the volume rockers. And as always, Xiaomi has placed the IR blaster on the top, speaker grill, charging port and port for the 3.5mm headphone jack at the bottom. I had highly admired the inclusion of USB Type C port on the MI A1 and was hoping Xiaomi would do the same in all of its mid-range handsets since then. But that hope escalated quickly when I saw the Micro USB port on the device. It is 2018 Xiaomi, aren’t you being too traditional?

Up front, Xiaomi has followed the trend of tall 18:9 aspect ratio display.  The 5.99-inch Full HD+ display has an appreciable color reproduction and contrast ratio. However, I did notice blue tint on the display with cold color tone. You can adjust the color tone of the display to Warm, Cool or Standard as per your liking. The IPS panel, on the other hand, has good viewing angles and is fairly bright to be used on a sunny day. On the camera front, the Redmi Note AI comes with a dual camera setup at the back. The 12MP and 5MP camera pair on the device capture great pictures. I was thoroughly impressed by the amount of details. But some images seem to lack punchy colors, which was quite displeasing for my taste.

Talking about the portrait mode on the handset, the Note 5 AI did a fine job most of the time. But the edge detection is not quite perfect. Sometimes, the captured images had some jittery edge detection. And since the smartphone does not have a Live Focus mode like in the Samsung phones, readjusting the focus and blur intensity was not possible. So some of the portrait images I took from the device straightly find the way to the trash.

Normal Mode Vs Beauty Mode
1 of 2

Well, after the 20MP sensor on the Pro. With the wide aperture and larger pixel size, the details of the subject look sharp and clear. The device also takes some appealing selfies with natural like beautification because of the AI. Furthermore, despite the presence of a single camera, there is a portrait selfie mode. Since the portrait selfie from the device is entirely through the software tweaks, the smartphone fails to distinguish the foreground and background details quite accurately. Nonetheless, the portrait selfies are duly remarkable considering the price.

Talking about the video, the smartphone is only capable of recording Full HD videos at max. The Snapdragon 636 chipset is capable of recording video at maximum 4K resolution. So I could not understand why Xiaomi had to limit its potential. Nonetheless, Xiaomi has promised to introduce the 4k recording feature in the next update. So I was not disappointed with that absence for so long.

Talking about the video quality, I have no complaints whatsoever. The video packs in abundant details and the color reproduction look fine. But despite the presence of the Electronic Image Stabilization (EIS), I found the videos quite shaky to my likings. Since the Redmi Note 5 AI is a mid-range handset, that was understandable. But you can always use a tripod if you are seriously into shooting the videos with the handset.

The feature focus of the phone is the powerful Snapdragon 636 chipset. It comes in two memory configurations. The unit I reviewed has 4GB RAM and 64GB of onboard storage, which is ample for my usage. So, no disappointment there.

And talking about the performance, I had lots of expectations with the Snapdragon 636 chipset. And I am fairly pleased with the way it performed. Multitasking and switching between the apps is fluid. Even while playing the high-end graphics enriched games, I found no issues at all: no annoying lags and no filthy stutters.

I was not expecting any heating issues on the handset, but the device heated up offering me an ugly surprise. And playing the games on a heated phone was no fun at all. Come on Xiaomi, do something on this heating issue. The weather is already hot as hell.

In terms of software, the handset comes with the Android Oreo out of the box. The device had MIUI 9.0 on the top at the beginning. After a couple of days of my usage, I received the MIUI 9.5 stable version. Since Xiaomi has already rolled out the MIUI 10, the users can install the MIUI 10 beta version and taste the interesting features in it. But if you are not planning to upgrade the UI until the stable version like me, you should probably have to wait till September.

Nonetheless, despite the remarks of being heavy and highly customized, the MIUI 9.5 did not bug me on my use. But it did not please me either. The handset comes with a numerous bloatware. Yeah, the presence of numerous bloatware is hit or miss. And in my case, it was mostly miss. Nonetheless, I find the features like Dual space, App Clone, and Read Mode handy for my daily use.

Like always, Xiaomi has provided the fingerprint sensor at the back. The sensor is really fast and accurate and I did not have any hard time unlocking the device. The phone also has a Face Unlock feature but activating the feature was kind of tricky. The feature was accessible only when the region was set to India. It is weird, right? I still cannot understand why Xiaomi is providing features like that just in the specific locations. Nonetheless, the Face Unlock on the device is fast, which is really appreciable.

The Xiaomi Redmi Note 5 AI comes with a whopping 4000mAh battery, which provides around 9 hours of screen on time. This humongous battery delivers enough horsepower for two days on the normal usage. However, the charging process is quite bothering. The smartphone takes around 2 and half hours to get refilled from 0 to 100% and that too with the stock charger. But since the device supports Quick Charge 3.0, the users can buy a decent QC 3.0 charger to avoid plugging the handset to the charger for a longer period of time.

To sum it up, the Redmi Note 5 AI is without a doubt the best smartphone at its price point. It has got the big display in the trendy aspect ratio, a capable processor, massive battery, and decent sets of cameras. Yes, it has a heating issue which Xiaomi should fix it in its next update, I also expected better portraits and the audio quality is just average. However, these are minor issues which you can live without.  So, if you want the best overall package at a midrange price, this is the choice.