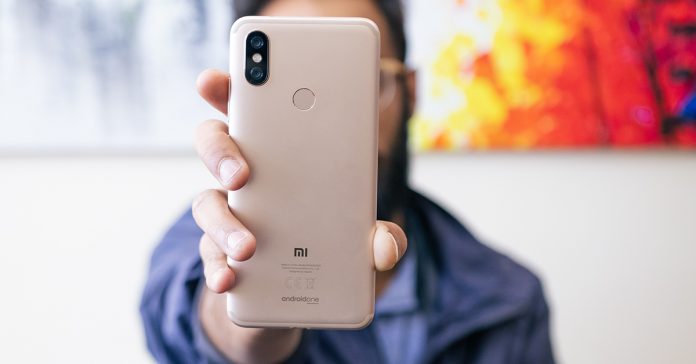 The Xiaomi Mi A1 was the first collaboration between Android and Xiaomi. It was Xiaomi’s first take on the Android One platform, and it paid off well for the Chinese company. With the successor MI A2, Xiaomi is trying to emulate the success as its predecessor by offering pretty capable specs at a midrange price. So, let’s find how the Xiaomi MI A2 stacks up against today’s competition.

Right off the back, I have to say that the Mi A2 feels very premium. The slim, light and sleek body with the metallic back looks great. Now even though its counterparts like say OPPO F9 or Huawei Nova 3i come with glass back or uniquely designed backs, the device has followed the footsteps of the A1 for the back material. The metal back also has advantages as glass backs are fragile. So, the overall design and the fact that it is really light and thin really impressed me. Upfront, you get a 6-inch IPS LCD panel. Like with every phone at this price range, you get a Full-HD+ resolution and an 18:9 aspect ratio. The display here is sharp, but since I recently reviewed the Oppo F9 and the Nova 3i, you could easily notice that it’s not quite bright and it obviously suffers under sunlight as well. Talking about the colors here, well, it is not that accurate and looks a bit dull for me. So, if you are someone who is into the multimedia experience on your smartphone, you might want to look elsewhere. The plus point, however, is the protection. With Gorilla Glass 5 at the helm, it hasn’t suffered from any sort of major scratch during my 1 month of use.

The camera is the aspect, where the MI A2 truly shines. The phone features a dual camera setup on the back, which is the combination of 12MP and 20MP sensors. The Mi A1 was not that good of a camera phone, and the Mi A2 claimed that it had improved considerably.

I did take plentiful images during my review period. And the images so captured were really great. The Mi A2 definitely comes out on the top on a lot of scenarios, and considering its price tag, the camera performance is impressive. The phone captures quite decent images with great details and sharpness. Dynamic range and color accuracy are also good. The secondary camera on the rear side helps with better low-light images due to its wide aperture. And that’s definitely the case here as the pictures look true to life.

The portrait shots from the rear cameras will also impress you. They have good edge detection and the amount of blur looks natural in them. But, to get better portrait shots, the subject must be at a suitable distance from the camera and there must be a fair amount of light. Portrait images in low light settings lack proper edge detection and overall, images do not look very appealing.

As for the selfie camera, the MI A2 has received a huge upgrade over its predecessor. The phone comes with a 20MP camera, which not only boasts high megapixel count but also promises better quality in the images. And the images captured from the phone speak for themselves. The selfie camera also has a portrait mode which is purely software. However, it is not that great as the back camera it fails to detect the edges properly.

In terms of videography, the Xiaomi MI A2 can shoot 1080 and 4K videos at 30 fps. The phone lacks OIS but it does have EIS to make up for it. EIS does a better job while shooting 1080P videos, but fails to work while shooting in 4K.

To check out all the images in high resolution, Click here.

The software here is the pure form of android. Yes, there are some preinstalled Mi apps, but apart from that, the phone looks really clean. This is exactly what I like. It’s currently on Oreo 8.1 and Xiaomi has already promised the Android Pie update. I did receive an update for software improvements, but Android Pie is not yet here. I was expecting the device to be one of the first to receive it, but that has not been the case here.

Now, the performance. Xiaomi’s smartphones excel in the performance aspect and the MI A2 is no exception. This phone truly rocks with the Snapdragon 660 chipset. Combined with the stock android, it easily handles almost all of the tasks thrown at it. Running and multitasking light apps and games is blazing fast. The apps and games open and load quite fast after you start them.

It can also run high-end games smoothly too. I played high-end games like Dead Effect 2, Overkill 3, Asphalt 9, and Galaxy on Fire 2. And all of them ran pretty well. It also runs PUBG in medium settings, and without any lags or stutters.

And If you compare the Mi A2 against other smartphones of its price range, you’ll see that it excels more than the others, and one of the examples are benchmarks. The GPU also stands out as the Adreno 512 GPU is quite a bit faster than its competitors.

In terms of RAM and storage, there are several variants available. But the review unit I got had 4GB of RAM and 64GB of onboard storage. And that’s all. Note that it does not have a micro SD card slot. So, you will not be able to expand the internal storage any further. Although 64GB of memory is enough for me, it might not be enough for some.

Also, the phone doesn’t have the 3.5mm headphone jack. So, I was forced to use the USB Type C to 3.5mm headphone jack dongle to connect with my headphone. The dongle which by the way comes with the phone is tiny, so I misplaced quite easily And yes, there’s the hassle of having to carry one at all times. Other than that, I am fairly impressed with the connectivity on the handset. I did not face any issue while browsing the internet on both the Wi-Fi and the mobile data. And talking about the phone calls, I used both the NTC and Ncell SIM cards on the phone and the cellular reception and the call quality was great.

Another thing I didn’t like about the Mi A2 is the battery. Massive batteries on its phones are one of the Xiaomi’s fortes. However, that lacked in the MI A1 and it continues in the MI A2, and this time I blame the slim and trim design for it. The phone comes with a relatively smaller 3010mAh battery, which struggles to provide a backup for a day even on the normal use. Initially, during my review period, the phone used to get drained really fast even when left idle. I found out that this issue was because of the bug on the fingerprint sensor. With this bug, the CPU gets clocked at maximum speed and it consumes more power. After knowing about the bug, I disabled the fingerprint sensor and since then I have not encountered such fast battery draining issue. But still, it has not been able to provide backup for one complete day. And the problem could be fixed with later software updates. For now, there’s no word on it.

And talking about the battery charging time, the phone gets fully refilled in 1 hour and 45 minutes with its 5V / 2A stock charger. As the phone claims to support fast charging, I tried using other fast chargers as well. But I didn’t find any significant difference in charging speeds.

To sum it up, the MI A2 is a great phone for its price. The capable chipset, good design and a remarkable set of cameras are the best things about this phone. And the presence of the stock Android is surely the icing on the cake.

That being said, the handset is not perfect by any means. An average display, a smaller battery, no microSD card slot and the lack of 3.5mm headphone are few downsides the phone offers. Other than that, I think for 250 dollars or Rs. 31,000 in Nepal, it’s a great value for money.

So, what do you think about the Xiaomi MI A2? Can you live with its downsides or would you skip this one and choose another? Do let us know in the comments.