Home Huawei Huawei Y9 2019 Review: Jack of all master of none! 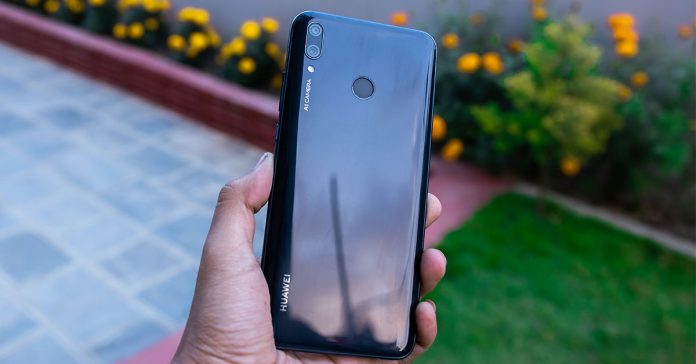 It’s been a few days that Huawei has added another one of its mid-range contenders, the Huawei Y9 2019. As the name sounds futuristic with 2019 in its name, I had to test it out whether it really does perform like a device from next year. So, here is the full review of the Y9 2019!

So, the Huawei Y9 2019 is a successor to the Y9 2018 launched some 6 months ago and a lot has changed during this time. The display that was 5.9 inches has grown to 6.5 inches and you have the infamous notch upfront, which is a tad bit bigger than what we are used to like on OPPO F9 (Read Review) and Vivo V11 Pro (Read Review). What has also changed is the processor but let’s finish off with what’s on hands first. 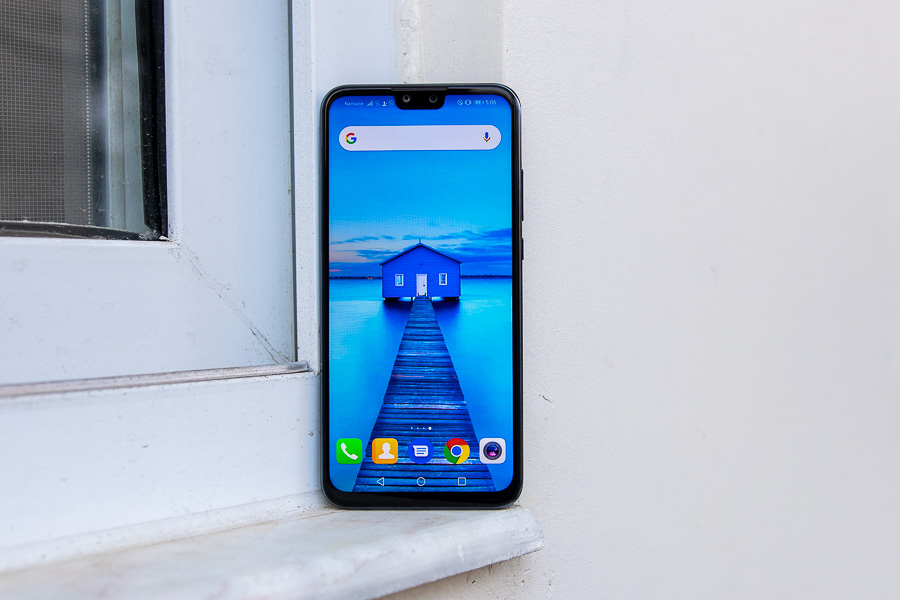 So, coming back, the display here is an IPS LCD panel with FHD+ screen resolution and 19.5:9 aspect ratio. The display is humongous and is a perfect fit for multimedia consumption. Watching videos on the vibrant large screen is a treat to the eyes. Also, the minimum bezels add more points to the good viewing experience. Only if the notch was a bit smaller, it would have been so much better.

The phone gives you good sunlight legibility, so no problems will be felt outdoors.

But sadly, the display lacks any sort of protection, which is a bummer. Well if you look at the trend, very few Huawei phones come with display protection. I think this is an issue Huawei seriously needs to address.

Design wise, the Y9 2019 is an impressive lad. This one has a curvy body which is a fresher look than what we have been seeing on other Huawei phones. It is not very heavy but still has that heft to it that makes it feel pretty premium. This one is a slippery phone but we case our phones anyways. Also, my careless usage routine has resulted in some scratches overtime but surprisingly they are not that noticeable at the back but up front, they are clearly visible.

And this is not a glass back for sure but it has not made me feel sad about the phone as the Y9 2019 looks and feels good on hands. Also, talking about the aesthetics, you get all the buttons on the right, the dedicated SIM and memory card slot on the left; the single speaker grill, micro USB port, noise cancellation mic and a headphone jack at the bottom, with only the primary noise cancellation mic at the top.

At the back, there is a fingerprint scanner, the dual camera setup, an LED flash, and the Huawei branding. The notch houses dual selfie cameras. Also, the Y9 2019 very cleverly hides the speaker grill right above the notch and in the rightmost corner, there is also a LED notification light.

Now, this I think is really cool! I mean with all the notches taking over, I have missed the LED light, but, well I miss it no more. Overall, the minimalist design has fairly impressed me.

Alright, enough about the outsides, let’s get into what’s inside this one. Huawei’s latest addition of mid-range chipsets, the Kirin Hisilicon 710 is what powers the device. Needless to say, we have seen this processor on the Huawei Nova 3i, and as I said in the review, this 12 nm energy efficient chipset is a good performer. It can handle almost everything you throw at it.

And as PUBG has become one of the prominent standards for testing games, well I had some sessions of it and the phone experiences some jitters while playing at medium settings. Also, you will experience some frame drops now and then. Otherwise, the phone has taken on my everyday usage pretty well. Moving on, other games run quite well and multitasking, as well as app opening, is pretty fast too.

But something that has bugged me is the phone loses it while multitasking with messenger running in the background. But I really hope a later software update will fix this.

On the software side, the Y9 2019 features Android Oreo 8.1 coupled with EMUI version 8.2. Huawei is pretty good with updates these days, and as this phone is from the future, I have high hopes for software updates.

Anyways, as it is with all the Huawei phones, you do get some useless apps onboard and sad is the fact that not all of them can be deleted. Furthermore, it’s the same EMUI have we have been seeing on all the Huawei phones. There are tons of customizations you can do as per your liking, for instance, keeping or ditching the navigation buttons, changing your viewing preferences and so forth. You can customize the shortcuts on the taskbar as well. There is a simple mode too, that basically makes the app icons larger, which again may be useful for some people.

The huge 6.5 inches display makes the Y9 2019 hungry for power which is well, provided very generously by the 4,000 mAh battery and I must say the battery life is very good indeed.

It gives you more than a day of backup, I mean on a single charge, you can last for one day and a half. Well, this is on normal usage, but even on intensive use, you can expect it to last for a good amount of time.

The phone will take you 2 hours and 30 minutes to give you a 100% juice. Well, with this its evident that there is no fast charging support here. But unlike some Samsung phones, it does not take ages to charge.

Here’s the most annoying part: This is the Huawei Y9 2019, a phone from the future, a phone from 2019 and it still has a micro USB. It’s true. Okay, the lack of Fast Charging is somewhat justifiable here but a micro USB port is a serious bummer here.

Anyways, to be fair the battery life is very enduring which may be an area to cover up for the absence of fast charging.

Huawei’s usual quad camera setup makes its way here as well. The Y9 2019 has four cameras in total, two at the back and two at the front. If this sounds familiar, it is the same as that of the Nova 3i (Read review). But the setup comes with a slight difference between the two. What this means is that the Y9 2019 captures more light than the Nova 3i due to its wide f/1.8 aperture and the pictures at low light conditions will also appear brighter than the Nova 3i.

Now talking about the quality of pictures, you can see they are sharp, no doubt on that. But the colors are a bit too punchy for my liking. This means the phone automatically over saturates the pictures. Other than that, pictures come out very colorful. However, the autofocus is a tad bit slower on this new Huawei device.

There is a 2 MP depth sensor which means there is a portrait mode as well. And I must say that the bokeh images are great. I mean, have a look at these samples, even though the edge detection is not that proper, the images look good overall.

The background blur can be adjusted to our liking and pictures seems pretty pleasing. But sometimes, the images tend to lose some details but most of the times, they seem very nice.

Now talking about the AI mode, well, it does a good job with the images containing skies in it. Also, other times it does not make a lot of unnecessary enhancements. But then again, the images are already saturated, so there is actually no need for an Ai mode. Here are few samples for you to judge by yourself.

Moving on to the selfies, the first thing I noticed is that there is no inbuilt beautification in the cameras, which is well a good thing. There is a beauty option though, but only in the portrait option, which is strange. Anyways the normal selfies are good enough, they do not look fake.

Similarly, Portrait selfies look good too. In very well lit conditions, sometimes the background seems exposed but other than that it fares well.

In artificial lighting, there is a slight loss in details, but the pictures are well lit. Selfies in low light conditions appear a bit grainy.

Talking about the video quality, there isn’t any kind of stabilization here so you know what to expect. You can record videos in FHD at 60 fps but the quality is just average to my liking. Also, autofocus in videos is just subpar.

Talking about other features, the fingerprint sensor is pretty swift and so is the Facial recognition on this one.

Now, it’s the selfie camera recognizing your face, so you cannot expect it to be that secure. For me, the fingerprint sensor was my go-to unlock mechanism. Other than that, the speaker at the bottom gets distorted at high volumes and they are moderately loud.

Similarly, WiFi reception is pretty good too, and the good news is that there is dual-band WiFi ac, which was a feature lacking in the Nova 3i. Well, it seems some feedbacks are well taken by the Chinese company.

Likewise, call quality is good along with network reception. With these, I faced no problems what so ever. But something I would like to say is, the vibration of the phone is not that good. I have missed a few calls because of the reason!

To conclude, the Huawei Y9 2019 is a very good upgrade from the Y9 2018. A larger display, better design, better performing cameras and Kirin 710 is pretty dope. Similarly, this device can be a perfect fit for multimedia consumers.

The phone is priced at Rs. 34,900 which is good enough for those specs but I think Huawei should have priced it a bit aggressively. Because the competition is getting really fierce if we take into account the pricing set by Xiaomi Nepal. There is the Xiaomi Pocophone F1 (Read Review) for a similar price and even if you go 4 thousand less, there is the Mi A2 (Read Review) waiting.

So, with so many competitors against the device, the Huawei Y9 2019 seems like a hard bargain! But you also get an overall package of a good smartphone here, so you can make your pick. 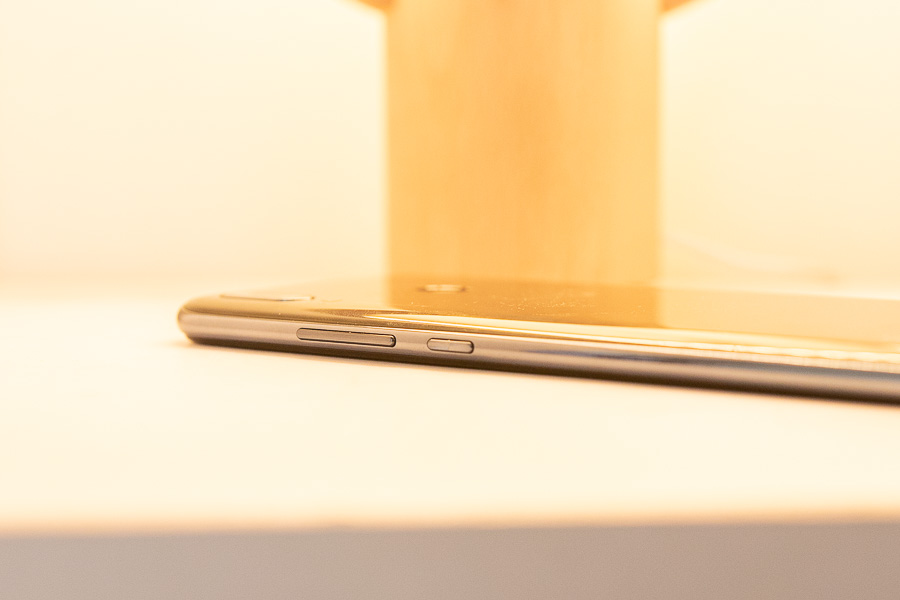 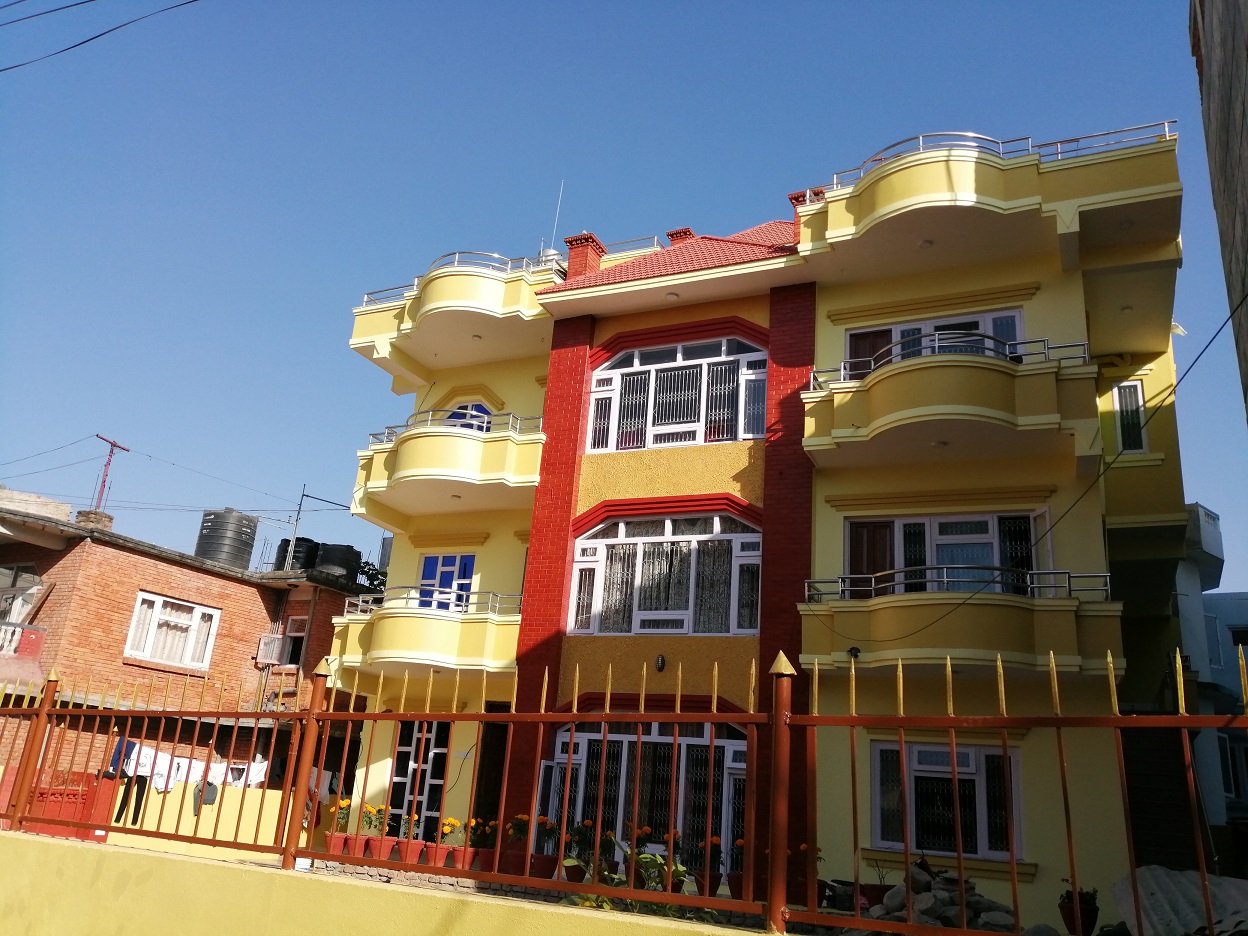