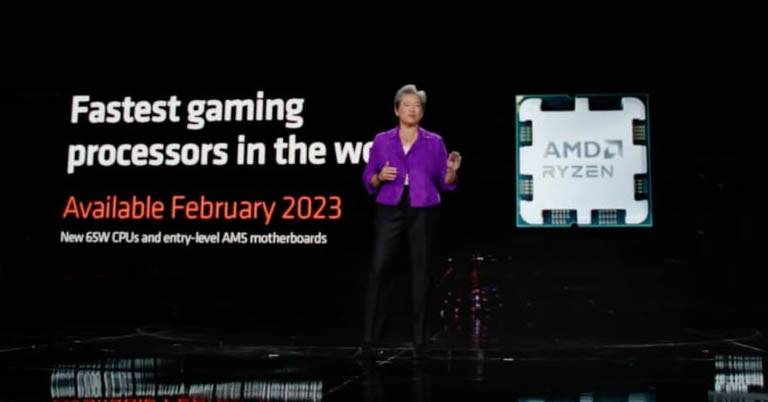 yzAMD just held a keynote at the ongoing CES 2023, where the company had a bunch of exciting news to share, including the arrival of the first chiplet-based laptop chips, XDNA AI, and RDNA 3-based mobile GPUs. But what really took the cake were the new Ryzen 7000X3D V-Cache desktop chips. The newly announced CPUs are AMD’s first 3D V-Cached product since the inaugural Ryzen 5800X3D, and they are based on the Zen 4 architecture.

What is AMD 3D V-Cache technology?

Cache is a rather general term used to mean a hardware or a software feature used to store data temporarily. Each CPU has a dedicated space in the die for cache memory based on Static RAM. It is considerably faster than the main memory that uses Dynamic RAM. There are three levels of cache in between the CPU and RAM: L1, L2, and L3, and their speed differ based on their proximity to the CPU.

One limitation of the CPU cache is that chip makers can fit only a certain size of them in the die. In other words, the amount of cache memory is restricted by the size of the CPU die. And this is where the AMD 3D V-Cache comes in. 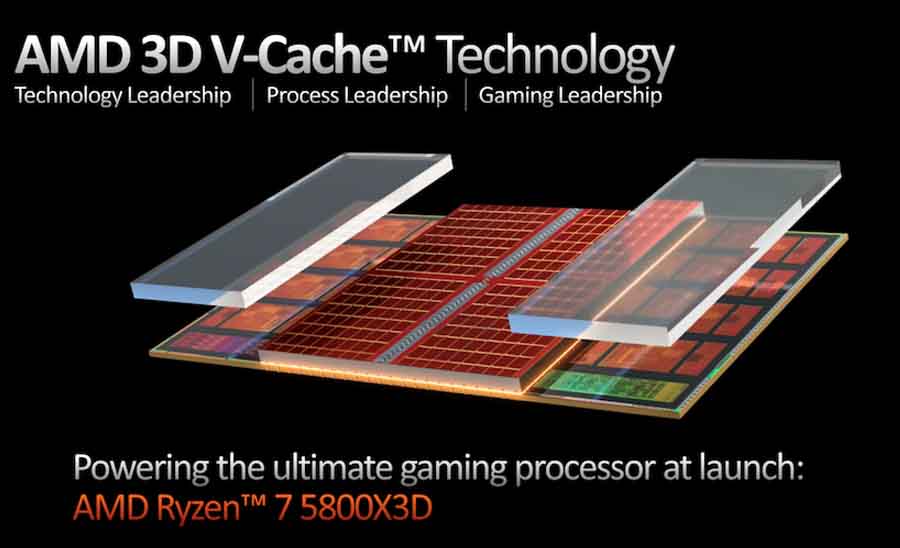 Instead of placing the cache horizontally, AMD has managed to create a 3D cache by stacking caches on top of one another with a bit of help from TSMC. This allows the processor to have a larger V-cache that can come in handy in demanding tasks like gaming.

The first Ryzen CPU with AMD 3D V-Cach, Ryzen 7 58000X3D, came out last year with a staggering 92MB of L3 cache. This additional cache allowed the chip to punch above its weight, even competing against the flagship Ryzen 5900X and Intel Core i9-12900K.

At the high end, we have the new Ryzen 9 7950X3D, which is comparable to the regular 7950X. Like the regular SKU, Ryzen 9 7950X3D brings a 16-core CPU with Simultaneous Multithreading (SMT), DDR5 support, and a Turbo frequency of 5.7GHz. The biggest change, however, is the increase of L3 cache from 64MB to 128MB. Interestingly, the official TDP is also lower at 120W. That said, the base frequency is 300MHz slower at 4.2GHz. 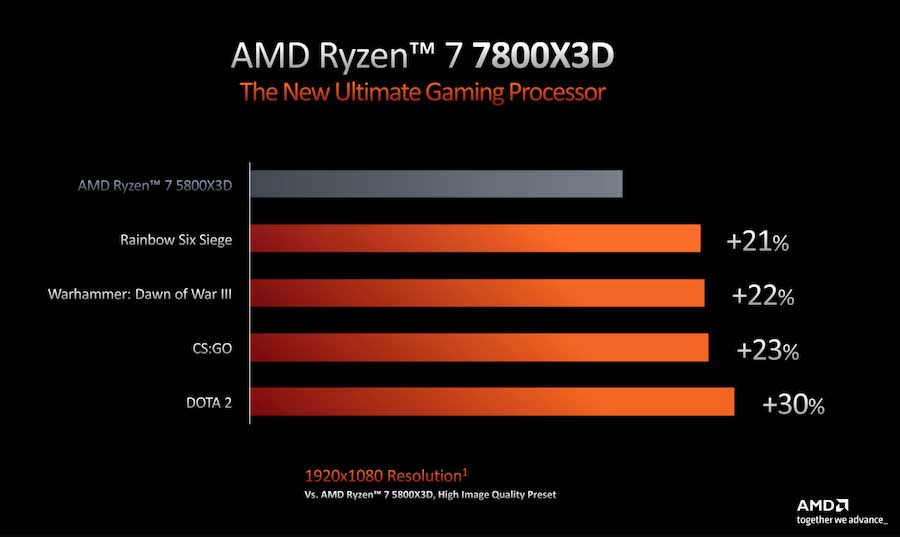 As of now, AMD has not disclosed the pricing of the new Ryzen 7000 series X3D desktop processors. For reference, Ryzen 7 5800X3D had a $100 initial price tag. However, we will learn about them next month— when they hit the market.